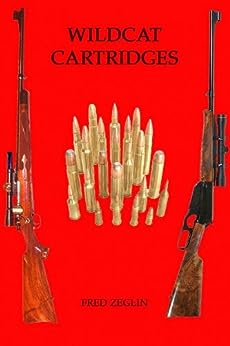 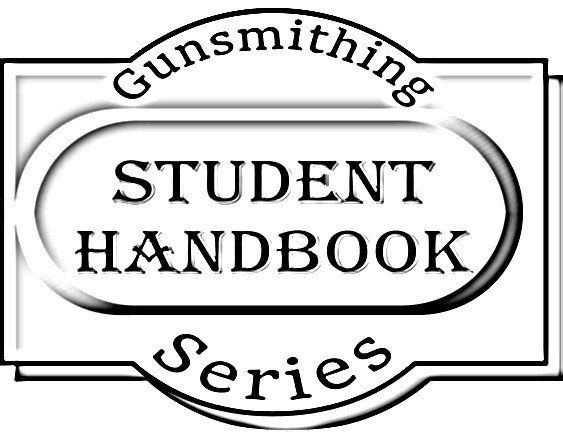 by Fred Zeglin (Author) Format: Kindle Edition
See all formats and editions
Sorry, there was a problem loading this page. Try again.
The Reloader's Handbook of Wildcat Cartridge Design is a must have for all shooters regardless of their experience. For the hunter with one gun or collector with many, you will find valuable information on accuracy, designing, building, loading and shooting wildcats. Calibers start with the tiny .10 ranging to some brawny .50 calibers; there is something for every interest.

Self reliant shooters and gunsmiths will learn how to make their own reamers and reloading dies in this book. Time and money are both saved when you make your own tools. If you desire to try out a new cartridge design you can be testing the new design in a day or two instead of weeks or months.

Dimensioned drawings and loading data accompany cartridge descriptions. Historical cartridges as well as the newest and most popular designs are included. Chapters about important cartridge designers like P.O. Ackley, Jerry Gebby, Rocky Gibbs, and Charles Newton are important resources for the reloader and shooter alike.

Publisher Larry Root says, "After 15 years and nearly 30 titles as a publisher, I have found this book a great project with new and useful information rather than a rehashed often incorrect and untested writing that seems so common today. "

"Fred has illustrated his book well, with neat line drawings and photos you probably won’t find anywhere else. It’s a rare technical treatise that draws you in with illustration, or that keeps you with an easy flow of chat that, were it lifted from print, might pop up at any gun counter or handloading bench. Fred Zeglin has done well with this book, giving wildcatters – indeed, all rifle enthusiasts – an overview of a culture often mentioned but little explored on the page." Wayne van Zwoll

"For anyone interested in wildcat cartridges, this is a "must have" book. It's thorough, and it's up to date." Larry S. Sterett, Gun Week

"One of the problems collectors often encounter when they purchase custom-made sporting rifles is the absence of commercially made ammunition for those arms... This book offers hope to just those collectors.

Written by a professional gunsmith and cartridge maker, it examines the history of "wildcat cartridge" development. In addition to discussing vintage designs, such as those developed by P.O. Ackley, Jerry Gebby, and Charles Newton, the book covers more recent work carried out by Estergaard, Gibbs, Z-Hat, and more." Herbert G. Houze, Man at Arms Magazine, Vol. 28, No. 4, 2006

"This is a fantastic book on American wildcats, US loads and much more. A must have for wildcatters and gunsmiths." Big Bore Journal, No. 18, June 2006
Read more
Previous page
Next page

In 1981 Fred started gunsmithing classes at Lassen College in Susanville, CA. Bob Dunlap was the lead instructor, Fred lucky to have started his career learning from Bob. Bob's teaching method is centered on the design systems of firearms; if you understand the systems you can apply them to any gun that comes your way. This makes gunsmithing much easier as new guns come on the market or a rare gun crosses the bench.

Over the years Fred began to specialize in wildcat cartridges, mostly for rifles. He started making his own reamers and reloading dies, so that he could form new wildcats and test ideas without spending a fortune on equipment. Soon Fred was asked to teach about wildcatting for the NRA Short Term Gunsmithing program in Oklahoma, Colorado and Montana.

His first book on Wildcat Cartridges published in 2005 is now a collectable book selling for premium prices.

During those same years Fred was working with a line of cartridges that we marketed through Z-Hat Custom Inc. (www.z-hat.com). Untold hours were spent testing and developing the Hawk line of cartridges. Literally years of data collection and testing have now led to the Hawk Cartridges Manual. Fred is an award winning writer.

P.O. Ackley, America's Gunsmith was published in 2017 by Gun Digest. In that same year Fred introduced his new series of textbooks for gunsmithing, "Gunsmithing Student Handbook Series" There are currently four titles published and many more in the works.

Fred has several more books in the works. He lives in Kalispell, MT. Fred has two grown children and two grandsons.

Gfaent
4.0 out of 5 stars Bad formatting on Kindle
Reviewed in the United States 🇺🇸 on June 21, 2022
Verified Purchase
The content is fine, but when they formatted it for Kindle it made it very difficult to follow. No more Kindle for me.
Read more
Helpful
Report abuse

Amazon Customer
5.0 out of 5 stars Good book
Reviewed in the United States 🇺🇸 on October 23, 2020
Verified Purchase
Liked the book did explain a lot of the wildcat cartridges out there. Also gave good advise on how to look at doing your own wildcat cartridge. Does expect you to know basic reloading theory.
Read more
One person found this helpful
Helpful
Report abuse

Anthony C Rodriguez
5.0 out of 5 stars Good Resource to Spark Interest in Wildcats
Reviewed in the United States 🇺🇸 on April 21, 2018
Verified Purchase
This book was very useful, particularly in sparking interest in wildcat cartridges and their design. Would recommend for anyone who wants to take handloading to the next step.
Read more
One person found this helpful
Helpful
Report abuse

M/T
5.0 out of 5 stars U need one of these book
Reviewed in the United States 🇺🇸 on October 7, 2019
Verified Purchase
Very informative
Read more
One person found this helpful
Helpful
Report abuse

Eric L McClure
5.0 out of 5 stars great work!
Reviewed in the United States 🇺🇸 on February 25, 2014
Verified Purchase
Fred I look forward to your book on Ackley and your podcasts. I love this book and I've seen the wheel reinvented numerous times like my 35-30/30 in a Contender and the same version in 41.

Thanks for a great read!

an avid reloader, hunter, and gunsmith
5.0 out of 5 stars Library quality reference material
Reviewed in the United States 🇺🇸 on February 1, 2013
Verified Purchase
Although a bit pricey, this is a great addition to your reference materials. The book itself is heavy and well bound, comprised of thick library quality pages. You had better get it before it is gone. A must have.
Read more
Helpful
Report abuse

Mark R. Robertson
5.0 out of 5 stars Wealth of Wildcat ammo information!
Reviewed in the United States 🇺🇸 on October 19, 2012
Verified Purchase
This book has more info on Wildcat reloading and design than anywhere I have looked. Easy read, much info, very interesting and I like the fact of saving much $ by the E-BOOK system.
Read more
Helpful
Report abuse