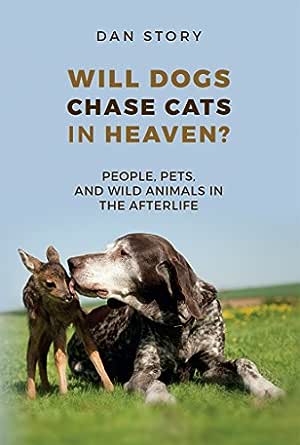 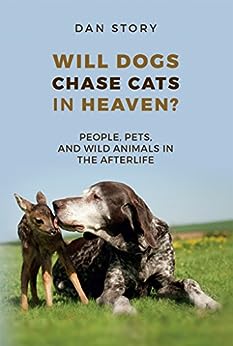 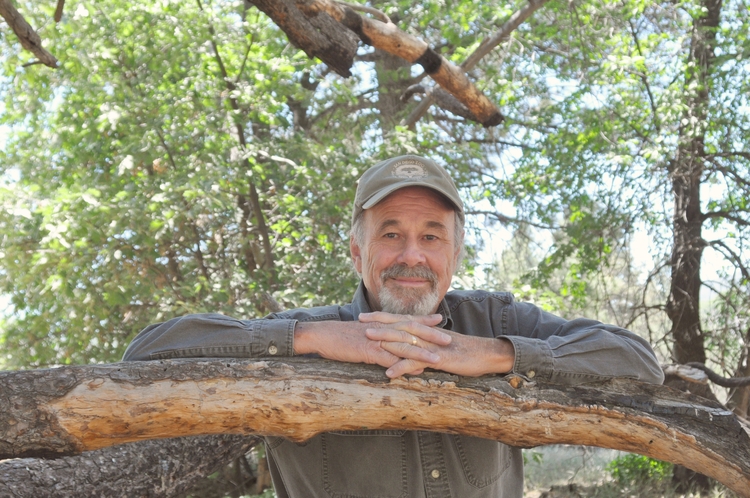 Will Dogs Chase Cats in Heaven?: People, Pets, and Wild Animals in the Afterlife Kindle Edition

Dan Story has made good use of his BA in theology and his MA in Christian apologetics. He’s taught college classes, led Bible studies, and spearheaded seminars. He’s also authored a variety of books and articles on everything from the defense of the Christian faith to the environment.

Dan’s media presence isn’t limited to his published works. He’s been a guest on sixty-five radio programs, and he’s even appeared on television.

The father of two and grandfather of four, Dan is married and lives in Southern California. Apart from writing and teaching, Dan enjoys mountain biking, hiking, reading, and photographing wildlife. Learn more about Dan’s life and work at www.danstory.net.

4.8 out of 5 stars
4.8 out of 5
31 customer ratings
How does Amazon calculate star ratings?
Amazon calculates a product’s star ratings based on a machine learned model instead of a raw data average. The model takes into account factors including the age of a rating, whether the ratings are from verified purchasers, and factors that establish reviewer trustworthiness.
Top Reviews

Ross Chenault
5.0 out of 5 stars A well written book that will challenge your position on this subject.
Reviewed in the United States on February 18, 2017
Verified Purchase
In the 36 years of my Christian walk, I've had a somewhat knee-jerk response to whether animals, such as a pet dog would be in heaven. My response has been: People are made in the image of God, and since their spirit is the God conscious part of man; my response prior to reading this book was since animals were merely instinctive beings, and did not have a “God consciousness,” but merely instinct—they would not be in heaven. After reading Dan Story's book, I now conclude that my position was ill informed. I simply did not realize the wealth of scriptures referring to animals in the Bible, or the wealth of scientific evidence of real emotions in animals; and that they may indeed have a soul that survives the body. Among Dan's evidence presented is the scientific evidence that animals—like humans, have immaterial minds distinct from their physical brains—the fundamental qualification for possessing a soul. Research shows that many animal species have real emotions such as joy, love, grief, embarrassment, jealousy, compassion and empathy, and that these emotions are deliberate, flexible, and not motivated by instinct. Dan also deals with every major biblical argument against the immortality of animal souls in a clear and cogent way; and shows how this can be done without elevating animals to human status, which is the concern of many. Most importantly, I will say; the evangelistic value of a book like this is undeniable. In contemporary society where many essentially treat their dogs and cats like family—a loss of a dog, for example, can be emotionally crushing. To discount their pets surviving it's body in some cold theological fashion, is to do a disservice to finding the important points of contact needed with our unbelieving friends, family and neighbors, and to potentially throw away an opportunity to draw them into the heart of God and His love and compassion for them during such an emotional time as losing a beloved pet. In my opinion, this book will give great comfort and hope for believers and unbelievers alike, and may even draw the unbeliever into searching the Scriptures for themselves, and find out that what Saint Augustine said is actually true: “You have made us for yourself oh Lord, and our hearts are restless until they find their rest in You.”
Read more
8 people found this helpful
Helpful
Comment Report abuse

Chris Bush
5.0 out of 5 stars Biblical and scientific comfort!
Reviewed in the United States on September 11, 2018
Verified Purchase
This book has been a blessing and has given me proof of what I’ve always thought and hoped for! Wonderful gift for anyone who’s lost a pet!
Read more
One person found this helpful
Helpful
Comment Report abuse

Daniel L. Garibaldi
5.0 out of 5 stars You Will See Your Beloved Pets in the Afterlife
Reviewed in the United States on January 6, 2017
Verified Purchase
An excellent book for pet lovers who have lost one or more pets and are wondering if they will see them again in the afterlife. The answer is a resounding YES, supported by scientific and theological proof. An easy-to-read book that is both heartwarming and comforting..
Read more
3 people found this helpful
Helpful
Comment Report abuse

Diane Miller
5.0 out of 5 stars Great book for pet lovers
Reviewed in the United States on May 7, 2017
Verified Purchase
This was a great and easy read. If you love your pet, this is a must read! I have recommended it to all my pet owning friends
Read more
2 people found this helpful
Helpful
Comment Report abuse

Sophia Hou
4.0 out of 5 stars Four Stars
Reviewed in the United States on May 17, 2018
Verified Purchase
Love the book. All animal lovers should give a good read.
Read more
Helpful
Comment Report abuse

Realcog
5.0 out of 5 stars Well-researched and well-worth the read
Reviewed in the United States on October 23, 2016
I was honored to receive a pre-release copy of this book from the author for an honest review. I have read several other books written by Dan Story so I was excited to see his latest release.

In “Will Dogs Chase Cats in Heaven?” the author raises many thought-provoking questions about the soul nature of animals and the intriguing possibilities of their inheritance in the “New Earth.” I am always interested to see what sources an author relies on to buttress conclusions and it was quickly obvious Dan Story spent a lot of time doing background research for this book. For me, this is critical information and a strong indication of the overall content reliability and conclusions drawn. Mr. Story knows his bible and I really appreciated the many biblical citations provided. In particular, the references pointed me to some supporting biblical passages I would surely have otherwise missed. Additionally, he draws on various scientific studies (I especially appreciated the mind-brain material) as well as other non-biblical sources. His approach gives a fair and balanced tenor to the subject.

Pamela Christian
5.0 out of 5 stars An insightful exploration about immortal souls, heaven, and God's character, that evokes hope and joy
Reviewed in the United States on October 28, 2016
I have been a fan of Dan Story for many years, devouring his books with great enthusiasm because of the integrity of his writing. Dan’s ability to present complex topics in simple ways, always backed with reasonable research and substantiation, makes him a trustworthy nonfiction author. I have learned a great deal from Dan through the years, so I eagerly looked forward to receiving a complimentary copy of his book.
Will Dogs Chase Cats in Heaven?: People, Pets, and Wild Life in the Afterlife, is a well-constructed and soul-enriching work. In a logical and systematic manner, Dan considers the question of whether or not animals will exist in heaven.

In Part One, “Scientific and Biblical Evidence for Animal Immortality,” Dan provides a strong theological foundation for God’s value of animals independent of humans, which serves as the premise for the remainder of the book. After reading about the many distinctive traits and self-awareness animals have, one question remained: Do these traits suggest a moral conscience in animals? Perhaps this is a question Dan will answer on his blog.

Part Two, “People, Pets, and Wildlife in the New Heaven and Earth” caused tremendous hope to arise in my soul from simply contemplating the new Heaven and Earth beyond the hope for our beloved animals. I could greatly anticipate my future experience in heaven. Additionally, considering God and His heart for all creation, as Dan explains using Biblical references, I found myself breaking out in spontaneous praise with tears of joy.

Part Three, “Animal Resurrection and the Possibility of “Talking” with Animals in Heaven,” provided some additional prospects concerning how all God’s creatures may intermingle in our resurrected state. I especially appreciated the consideration of God providing special blessing upon animals and creation itself, both which suffer on this Earth because of the sin of humanity.

Beyond a book that will greatly encourage those who have loved pets that have passed on, this book is for anyone interested in expanding their knowledge about the scientific distinctions between the “mind and the brain” that give credence to human and animal immortality, which in turn should case a person to consider his or own eternal future.

While I received a complimentary copy of Dan Story’s book, I am under no obligation to write a favorable review. The review I provide here is authentic.