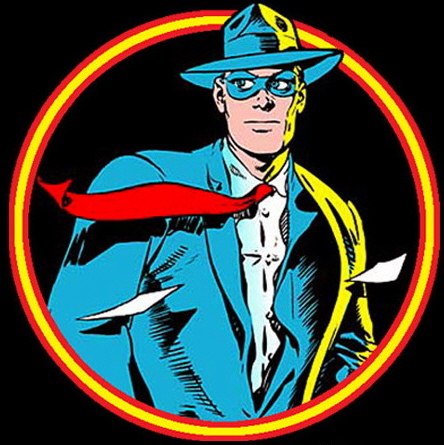 WILL EISNER was born on March 6, 1917 in Brooklyn, New York. By the time of his death on January 3, 2005, Will Eisner was recognized internationally as one of the giants in the field of sequential art, a term he coined.

In a career that spanned nearly eight decades - from the dawn of the comic book to the advent of digital comics - Will Eisner was truly the 'Father of the Graphic Novel' and the 'Orson Welles of Comics.' He broke new ground in the development of visual narrative and the language of comics and was the creator of The Spirit, John Law, Lady Luck, Mr. Mystic, Uncle Sam, Blackhawk, Sheena, and countless others.

During World War II, Will Eisner used the comic format to develop training and equipment maintenance manuals for the US Army. After the war this continued as the Army's "PS Magazine" which is still being produced today. Will Eisner taught Sequential Art at the New York School of Visual Arts for 20 years. The textbooks that he wrote were based on his course and are still bestsellers. In 1978, Will Eisner wrote "A Contract with God," the first modern Graphic Novel. This was followed by almost 20 additional graphic novels over the following 25 years.

The "Oscars" of the Comic Industry are called The Eisner Awards, and named after Will Eisner. The Eisners are presented annually before a packed ballroom at San Diego Comic-Con, America's largest comics convention.

Wizard magazine named Eisner "the most influential comic artist of all time." Michael Chabon's Pulitzer-prize winning novel "Kavalier and Clay" is based in good part on Eisner. In 2002, Eisner received the Lifetime Achievement Award from the National Federation for Jewish Culture, presented by Pulitzer Prize winning cartoonist Art Spiegelman. 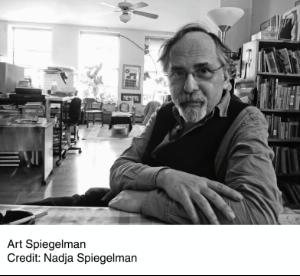 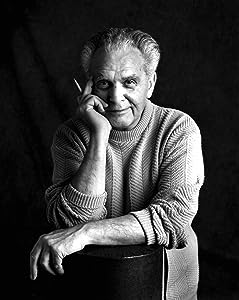 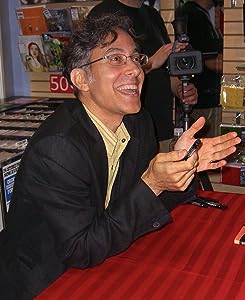 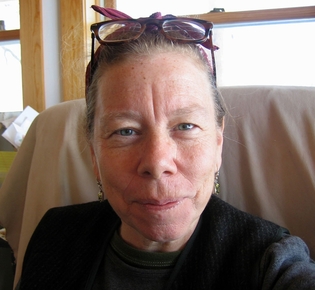 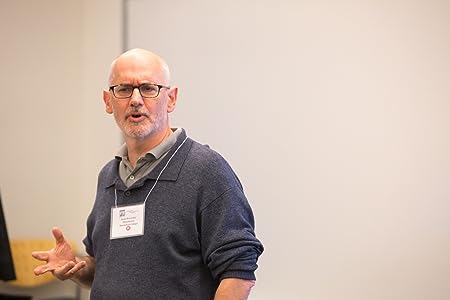 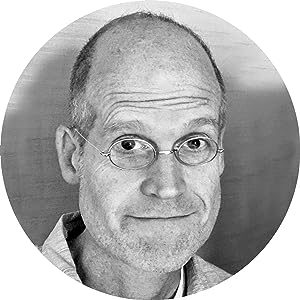 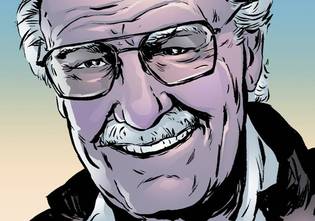 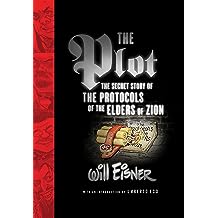 A work more disturbing than fiction from "the father of graphic novels" (New York Times). "The ultimate illustration of how absurdly comical and cancerous The Protocols has been to mankind."—Thane Rosenbaum, Los Angeles Times Book Review

The Plot, which examines the astonishing conspiracy and the fabrication of The Protocols of the Elders of Zion, has become a worldwide phenomenon since its hardcover publication, taught in classrooms around the globe. Purported to be the actual blueprints by Jewish leaders to take over the world, the Protocols, first published in 1902, have become gospel truth to international millions. Presenting a pageant of historical figures from nineteenth-century Russia to today's ideologues, including Tsar Nicholas II, Henry Ford, and Adolf Hitler, Will Eisner unravels and dispels one of the most devastating hoaxes of the twentieth century.
Read more
Other Formats: Hardcover , Paperback 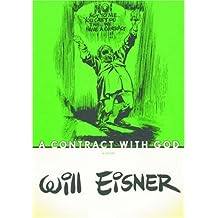 Through a quartet of four interwoven stories, A Contract With God express the joy, exuberance, tragedy, and drama of life on the mythical Dropsie Avenue in the Bronx. This is the legendary book that launched a new art form and reaffirmed Will Eisner as one of the great pioneers of American graphics.
Read more
Other Formats: Library Binding , Paperback 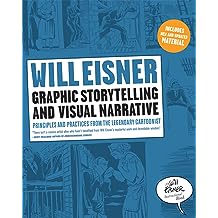 Graphic Storytelling and Visual Narrative: Principles and Practices from the Legendary Cartoonist (Will Eisner Instructional Books) Aug 17, 2008
by Will Eisner
( 221 )
$13.77

"There isn't a comics artists alive who hasn't benefited from Will Eisner's masterful work and formidable wisdom."—Scott McCloud, author of Understanding Comics

In Graphic Storytelling and Visual Narrative, Will Eisner—one of the most influential comic artists of the twentieth century—lays out the fundamentals of storytelling and their application in the comic book and graphic novel. In a work that will prove invaluable for comic artists and filmmakers, Eisner reveals how to construct a story and the basics of crafting a visual narrative. Filled with examples from Eisner's work as well as that of artists like Art Spiegelman and R. Crumb, this essential work covers everything from the fine points of graphic storytelling to the big picture of the medium, including how to: 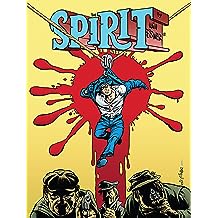 The Spirit: An 80th Anniversary Celebration Mar 25, 2020
by Will Eisner, Laura Martin, Jeromy Cox
( 34 )
$7.99
Celebrate the 80th Anniversary of Will Eisner's The Spirit with this all-new collection. Acknowledged by everyone from Alan Moore to Michael Chabon, Eisner is one of the most important comic book creators of all time! This collection features 9 stories, 4 of them wth all-new coloring by Eisner award-winning colorist Laura Martin and Eisner award-nominated colorist Jeromy Cox.
Read more
Other Formats: Paperback 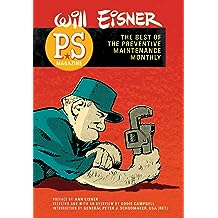 PS Magazine: The Best of The Preventive Maintenance Monthly Sep 1, 2011
by Will Eisner, Eddie Campbell, Gen. Peter J. Schoomaker USA (Ret.), Ann Eisner, Ann (Preface by) Eisner, Peter J (Introduction by) Schoomaker
( 34 )
$16.49
Will Eisner—best known for his influential comic book series The Spirit and his groundbreaking graphic novel A Contract with God—believed in the teaching power of comics, and from 1951 to 1971 he produced PS magazine for the U.S. Army. This Preventive Maintenance Monthly (called PS because it was a postscript to the standard technical manuals) was aimed at teaching American soldiers everything about weapons safety for vehicles, aircraft, firearms, and electronics. Eisner illustrated these vital lessons in drawings, pinups, step-by-step guides, and comic strips. This collection contains the best of Eisner’s 227 issues of PS, reproduced in a portable digest format. This relatively unknown work by Eisner is finally explored—the missing link between his comic books and his later, more mature graphic novel style.
Read more
Other Formats: Hardcover 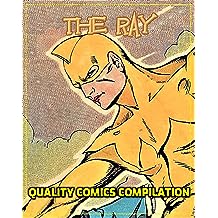 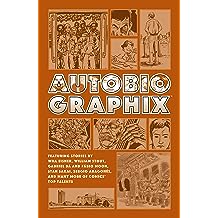 Autobiographix (Second Edition) Apr 27, 2021
by Will Eisner, William Stout, Gabriel Ba, Fabio Moon, Stan Sakai
( 1 )
$14.99
A premium collection demonstrating the effectiveness of the comics medium for telling the most personal of stories--the autobiography. 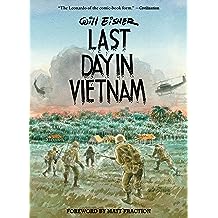 Last Day in Vietnam recounts the artist’s own experiences with soldiers engaged not only in the daily hostilities of war but also in larger, more personal combat. Some of the stories in this novel are comical, some heartrending, some frightening, yet all display the incredible insight into humanity characteristic of Eisner’s entire oeuvre. Printed with special sepia ink and in hardcover for the first time, this new edition gives this modern classic the literary presentation it deserves!
Read more
Other Formats: Hardcover 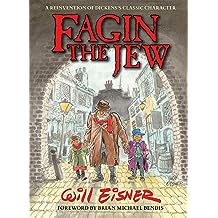 Fagin The Jew 10th Anniversary Edition Aug 13, 2013
by Will Eisner, Various
( 15 )
$10.99
Comics luminary Will Eisner takes on literary giant Charles Dickens, in this fascinating retelling of the life of Oliver Twist's Fagin! Imagining Fagin's impoverished childhood in the slums of London and his initiation into the criminal underworld, Eisner's story counters the anti-Semitism of Victorian literature as his gorgeous brushwork creates an evocative portrait of the era. 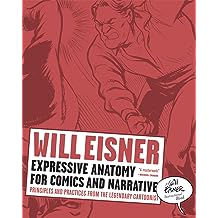 Expressive Anatomy for Comics and Narrative: Principles and Practices from the Legendary Cartoonist (Will Eisner Instructional Books Book 0) Aug 17, 2008
by Will Eisner
( 109 )
$23.95

The final volume of Will Eisner’s celebrated instructional trilogy explores the critical principle of body grammar in comics storytelling.

Designed and outlined by Will Eisner before his death in 2005, this posthumous masterwork, the third and final book in the Will Eisner Instructional Series, finally reveals the secrets of Eisner’s own techniques and theories of movement, body mechanics, facial expressions, and posture: the key components of graphic storytelling. From his earliest comics, including the celebrated Spirit, to his pioneering graphic novels, Eisner understood that the proper use of anatomy is crucial to effective storytelling. His control over the mechanical and intuitive skills necessary for its application set him apart among comics artists, and his principles of body grammar have proven invaluable to legions of students in overcoming what is perhaps the most challenging aspect of creating comics. Buttressed by dozens of illustrations, which display Eisner’s mastery of expression, both subtle and overt, Expressive Anatomy for Comics and Narrative will benefit comics fans, students, and teachers and is destined to become the essential primer on the craft.
Read more
Other Formats: Paperback
See purchase options 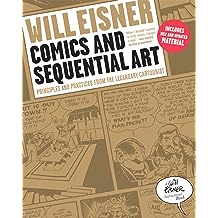 Comics and Sequential Art: Principles and Practices from the Legendary Cartoonist (Will Eisner Instructional Books Book 0) Aug 17, 2008
by Will Eisner
( 251 )
$22.95

"Comics and Sequential Art is a masterwork, the distillation of Will Eisner's genius to a clear and potent elixir."—Michael Chabon, Pulitzer Prize-winning author of The Amazing Adventures of Kavalier & Clay.

Will Eisner is one of the twentieth century's great American artists, a man who pioneered the field of comic arts. Here, in his classic Comics and Sequential Art, he refines the art of graphic storytelling into clear, concise principles that every cartoonist, comic artist, writer, and filmmaker meeds to know. Adapted from Eisner's landmark course at New York's School of Visual Arts, Comics and Sequential Art is an essential text filled with invaluable theories and easy-to-use techniques. Eisner reveals here the fundamentals of graphic storytelling. He addresses dialogue, anatomy, framing, and many other important aspects of the art form. Fully updated and revised to reflect current practices and technology, including a section on digital media, this introduction to the art of comics is as valuable a guide as it was when first published.
Read more
Other Formats: Paperback
See purchase options 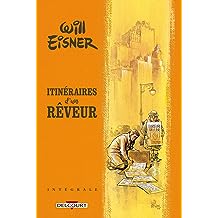