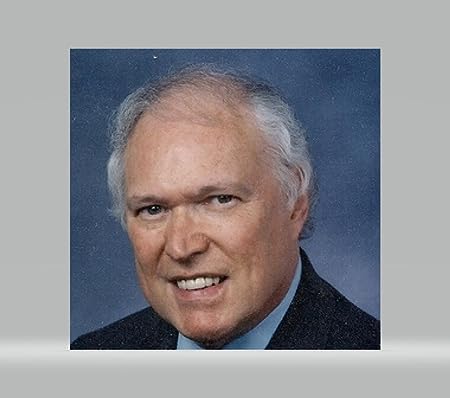 William Barnwell is the author of nine novels. He attended undergraduate school in Memphis, Tennessee, working with Jack Farris at Rhodes College and later teaching with Harry Crews at the University of Florida.

When his first novel, The Blessing Papers, was released in England in 1980, he became visiting writer-in-residence at Columbia College in Columbia, SC.

Simon & Schuster bought the paperback rights of The Blessing Papers and contracted Barnwell for three more in a science-fantasy series that was well received. His fifth novel, The Scheme-of-the-Month Club, was well-reviewed as being a comic romp in South Carolina similar to what Carl Hiaasen does in Florida.

His sixth novel, The Dungeon Below Bling-Bling High, is a YA novel of failure mired in the mud of federal regulations that demanded by decree that "excellence" and "high expectations" would rise yearly with only a hint to most students about what that might mean. Demands were always rising, but the students felt that they, as students, were always falling. This did not make for fertile learning ground. In addition, a fear of something horrible lurking somewhere in the school's basement was pervasive, but denied, until a fateful decision was made by the students themselves.

His seventh novel, Death of the Camel's Child, involves the WWI desert legend Lawrence of Arabia, reincarnated as a hardcore villain in our time and an idiot savant of killing. What can the hero do when all the oil in the entire Arabian Peninsula is close to being blown up, and Lawrence of Arabia is after him to stop him?

He is serializing his eighth novel in eBook form, a science-fantasy Steampunk novel he had started years before, I, Lord Several. A portion of this novel will be posted on his website: williambarnwell.net. More about all of Barnwell's work can be found at that website.

He has recently released his ninth novel. The Jubilee Account is another already well-reviewed novel, a PI murder mystery, and a financial thriller. It is now available online and by POD delivery at any bookstore.

Barnwell is a member of the Authors Guild and the International Thriller Writers group (ITW). 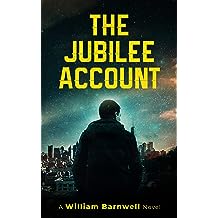 THE JUBILEE ACCOUNT Sep 18, 2019
by William Barnwell
( 1 )
$5.62
In 2008 the Great Recession hits America and begins to unravel it. An old way of life is dissolving and a new one is forming. In a small town on the East Coast Fall Line, there is an odd murder that must be explained: a dead man whose body below the waist is missing. The heinous murder is committed and more follow as events circle in meaning. A trial ensues and a financial conspiracy, huge in scope, is revealed. A famous defense attorney agrees to take on the Jubilee Trust, a conspiratorial design dating back to the age of Queen Victoria and the British Empire. There is the murderer who is an unreliable narrator, but who dispenses clues for the reader even after her death. The novel reaches a conclusion that is satisfying, although it is troubling in its moral implications as money continues to have its necessary way.
Read more
Other Formats: Kindle , Paperback 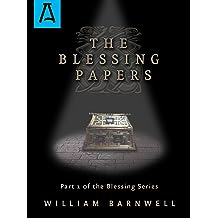 The Blessing Papers (The Blessing Series Book 1) Jul 22, 2013
by William Barnwell
( 2 )
$5.99
The Blessing Papers (novel # 1 of the Blessing Series, four in all to date: Book of the Romes, Imram, The Sigma Curve) begins years after the Fall of the known world, and reading is a lost art. Young Turly Vail believes his missing father, who hid something called the Blessing Papers in the first novel, knows what to do, so he has to find him. The search begins on the island of Imram, a loose adaptation of Ireland after the apocalypse of the Falling. The big question is this: If all is lost, as has been foretold, what can be found? That is also what young Vail seeks to know. He begins an epic journey on an island that represents what is left of the new world. At the conclusion of The Blessing Papers, Turly finds the papers and believes he can feel the end of the Falling.  But alas, at the time, this was not to be. However, after many further adventures in the other novels, with a myriad of characters, he begins to understand what the papers mean, and it is not all good. Then he has choices to make. Are the Blessing Papers real and for the good of humans, or manufactured by other worlds for an even further reason. One answer is found in the Prequel of the series: Book of the Romes.  Each novel stands alone, and additions to the series will be forthcoming in due time.
Read more
Other Formats: Hardcover , Paperback , Mass Market Paperback 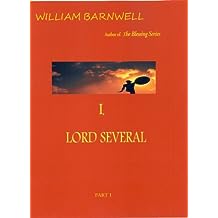 I, Lord Several, Part 1 Jan 22, 2012
by William Barnwell
$2.99
In I, Lord Several, a menins and lord of the Ground has done everything he has been trained to do from birth. He is a loyal and strict overseer, keeping at risk of his life sales corridors open, sales agents in line, and the Hfy Hom safe from its enemies---men. A menins, a genetically engineered species part man, part insect, is to be adept at selling anything. Lord Several is from birth raised to be a super salesman using all the tools at his command, including lethal ones, his personal bodyguard, and his deadly vehicle, a huckster, for road trips. In his most important on-the-road sales trip ever, he is captured by men and made aware of some painful realities: That he is not invulnerable. He is captured by men for some reason. What is it they want of such a high ranking salesman? War? To draw out the Hfy Hom Queen to kill her?
Read more 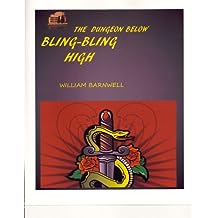 The Dungeon Below Bling-Bling High Nov 27, 2011
by William Barnwell
( 3 )
$2.99
Another Moss Leroy story. In spite of the odds, if your life is like a dog fight, what would you do? Try to win any way you could. One opponent is an unknown horror under Bling-Bling High. Can it be overcome? Can Bling-Bling High save itself? And what about a decade-old set of federal regulations in your school for raising standards to "excellence" and "high expectations," slogans which quickly become white noise that hold out goals that suggest you are constantly falling.

But at BBHS that may be changing. Strange forces inform the theme and mythic plot of the scruffy The Dungeon Below Bling-Bling High in which an unusual young person, Moss Leroy, whom nobody ever sees entering or leaving the school, takes a chance to stop the sense of falling and bring a real chance to BBHS. But how?
Read more 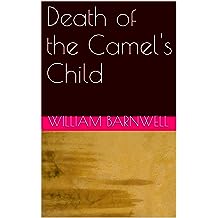 DDeath of the Camel's Child Oct 18, 2011
by William Barnwell
( 1 )
$5.99
The protagonist, a computer engineer, grows concerned as people in his supercomputer company start to die. Can he stay alive and stop a radical conservationist group from using his own supercomputers to detonate dirty bombs at oil sites in the Middle East? If he can't, the consumer can kiss all the oil in the Arabian Peninsula goodbye. The antagonist is an idiot savant of killing, and he calls himself the true child of Lawrence of Arabia. He intends to get what is owed him, his legacy, and he reveals the staying power of a camel in the desert to do so. The conclusion of the novel is a deadly meeting between the two, but the outcome is decided by an uninvited third party.
Read more