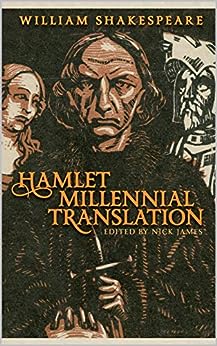 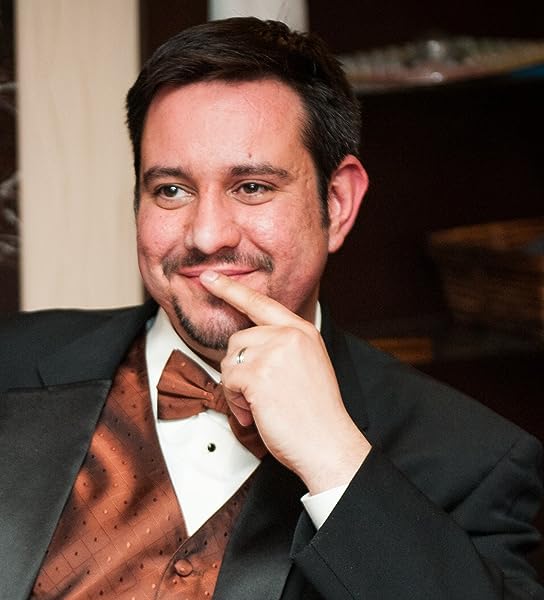 by Nick James (Author), William Shakespeare (Author) Format: Kindle Edition
See all formats and editions
Sorry, there was a problem loading this page. Try again.
William Shakespeare is the most well known author in the English language. His plays have transcended time and are loved all over the world. There is just one problem. No one speaks old English anymore and I've never heard anyone speak in iambic pentameter, have you? When most people read Shakespeare they miss out on all of the wonderful subtext there is. With that in mind, The Millennial Translations were born. We are going through every single play and updating the language from Old English to Millennial Slang. Line by line was reviewed and updated with language that keeps the original intent but with new phrasing to bring out all of the wonders that is Shakespeare.

Come enjoy this classic play with a modern twist.


If you sign up to the mailing list today, you'll receive a few things we think you'll like:
•The Hamlet Study Guide, which includes a scene by scene breakdown of what happened in Hamlet
•A desktop background from John Austen, the premier illustrator of Shakespeare's plays
•Updates when a new Millennial Translation will be released AND a free Study Guide to accompany the release
You can get all this by signing up for our email list at www.millennialshakespeare.com. Hurry so you don't miss out!
Read more
Previous page
Next page
Due to its large file size, this book may take longer to download

Nick James was born in America and loves being an American.

Enough of the third person. I grew up with an active imagination and a curious mind. Those 2 things brought me to writing. I attended numerous schools and have lived in 4 States and 1 territory. I fell in love with theatre while in college and learned how to be a playwright then. I produced, wrote, directed, and acted in many plays. Over the next months and years, you will be seeing those plays released here on Amazon.

Throughout my life I have studied chaos theory, spirituality, writing techniques, sales, conspiracies, quantum physics, ancient civilizations, American history, and many other subjects. You should expect books on all of them. The most important thing I learned in life is that it doesn’t matter if they are laughing at you or with you as long as they are laughing.

Thank you for going on this journey with me. It’s gonna be fun!

skier
3.0 out of 5 stars A fun direction.
Reviewed in the United States 🇺🇸 on November 12, 2021
Verified Purchase
As someone interested in quickly revisiting and brushing up on my admittedly limited study of Hamlet, I came across this translation. As a millennial, I will say that I had to lol several times before act 2. Mission accomplished, laughing. To add a hint of critique, I will say that a proof reader / editor could do wonders by correcting the many errors that an author himself simply doesn't see when doing multiple read throughs, seeing only what they intended, versus actually, wrote. This often gives the text a student written quality. That said, my sincere praise for tackling this concept and my utmost appreciation for the time and effort it no doubt took. I'm enjoying the read and have a feeling that the plot for a Hamlet will be firmly rooted in my brain after looking at it through the millennial lense. I applaud the effort.
Read more
One person found this helpful
Helpful
Report abuse
See all reviews
Report an issue
Does this item contain inappropriate content?
Report
Do you believe that this item violates a copyright?
Report
Does this item contain quality or formatting issues?
Report