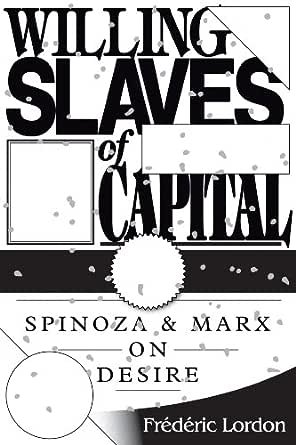 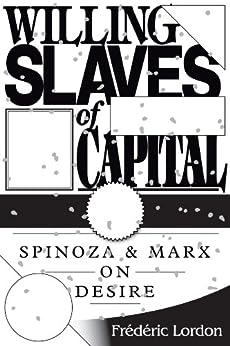 "At a time when all workers are required to show “passion” for their jobs, Willing Slaves of Capital is a crucial re-affirmation of the importance of Spinoza’s philosophy for understanding contemporary forms of servitude. Lordon persuasively and elegantly shows that the only way to break free is to hold onto a cold and exceptionless determinism: hope is pointless, regret is meaningless, yet change can still be made to happen." —Mark Fisher, author of Capitalist Realism

"Lordon effectively and brilliantly demonstrates that Spinoza is less a precursor to Marx than a necessary complement. Only Spinoza’s examination of the production of desire can answer the question that is at the core of Marxism: Why do workers work for capital rather than their own liberation?" —Jason Read, University of Southern Maine

"This ambitious but always lucid book aims to reopen the conceptual framework of capitalism."—Le Monde

"This work is an initiatory voyage towards communism … a horizon that has to be sought with perseverance rather than a definitively achieved state."—L'Humanité

"Frédéric Lordon is one of the most audacious contemporary left-wing economists."—Le Nouvel Observateur --This text refers to the paperback edition.