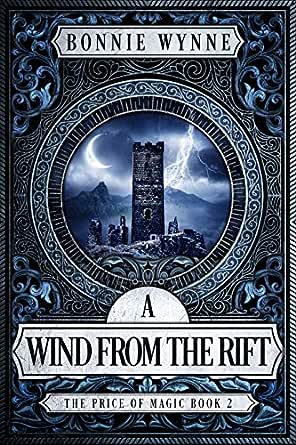 You've subscribed to The Price of Magic! We will preorder your items within 24 hours of when they become available. When new books are released, we'll charge your default payment method for the lowest price available during the pre-order period.
Update your device or payment method, cancel individual pre-orders or your subscription at
Your Memberships & Subscriptions
There was an error. We were unable to process your subscription due to an error. Please refresh and try again. 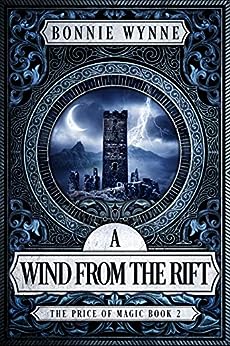 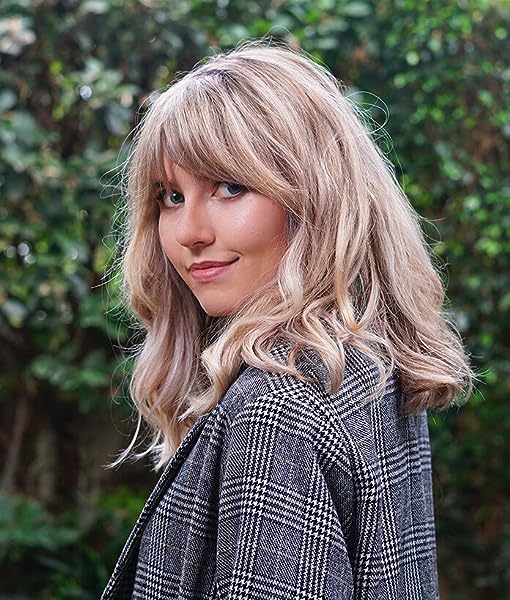 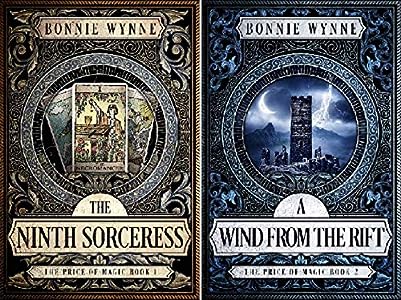 Rani
5.0 out of 5 stars This is a must-read series for any classic fantasy lover.
Reviewed in the United States on November 16, 2020
Verified Purchase
This book leaves the reader spell-bound as each event is unfolded through the magical journey of the free spirited main character Gwyn. This series is a must-read for a journey to explore the enchanting world of power and mythical courage.
Read more
Helpful
Comment Report abuse

Weston
5.0 out of 5 stars An east 5-star rating...
Reviewed in the United States on November 16, 2020
Verified Purchase
A fantastic continuation of the series from Bonnie Wynne - an easy 5-star rating from me, one of many to come I imagine!
Read more
Helpful
Comment Report abuse

ReadandWander
VINE VOICE
5.0 out of 5 stars What an ending!! You NEED to start the Price of Magic Series!
Reviewed in the United States on November 15, 2020
A Wind from the Rift starts where The Ninth Sorceress left off, with our sorceress in chains. Yes, our main character Gwyn is ‘special’ but what I truly love about her, and this story, is that she is incredibly human. Gwyn truly comes alive in Rift. Despite all her power, you feel her terror, fear, mistrust and strength permeate each page. Gwyn’s inner battle between, hope and revenge, rage and healing, being the hero or the villain – was captivating. Her character development is absolutely fantastic.

The world building is rich and expands to a new part of the world in Rift, including the inner sanctum of the Syndicate. The characters are three dimensional and Bonnie Wynne does a masterful job of weaving some solid banter to balance the dark, heavy moments. Wynne’s writing is dynamic and held a few twists I had not seen coming. While I was hooked from the very first chapter, the last third of the book was the definition of ‘unputdownable.’ It was like being on a bullet train that hit stop speed… then the breaks go out. I could not stop reading until I reached the end… at 3am. THAT ENDING. THAT ENDING!!

The world needs to discover The Price of Magic. If you are looking for a spellbinding, well-written fantasy, rich with raw emotion, great characters and magic that doesn’t come freely – look no further. In A Wind Beyond the Rift, Wynne steps up her game even further showing new depths to her world and characters while leaving the reader yearning for more. Friends, I needed book three YESTERDAY. What is going to happen next?!

Recommended for fans of: blood magic, sorceresses, found family, fantasy with a touch of darkness but all the emotion, and keep you up until 3am endings.

Danielle D
4.0 out of 5 stars Great Second Book in a series
Reviewed in the United States on November 19, 2020
A Wind From the Rift picks up right where The Ninth Sorceress left off, Gwyn in now free from her imprisonment. She is not the same as when she was first captured and went in, she is changed and stronger, something to be feared by the Syndicate.

All Gwyn wants is to go back home to the few friends and family she has left but escaping from The Clockwork City is harder than it sounds. With the Syndicate lurking around every corner and knowing the ins and outs of the city, Gwyn feels her dreams of escape slowly fading.

Gwyn is caught by the Syndicate and is pretty much given a choice, either back into the vaults (the lowest of the lows of prisons in the city) or become a student. Weighing her options, Gwyn agrees to become a student, knowing that her chances of escaping may still be possible. Under the tutelage of a slew of the teachers Gwyn learns to hone her powers and to fight the urge to use her "red magic" She does make a few friends along the way, but she also makes a few enemies too.

The ending of the book was a bit of a shock, I didn't see much of that coming, and poor Enoch, I need to know what happens to him in the next book.

I found this to be a good read for a second book, I didn't really think it hit that "sophomore slump" that you sometimes find in some book series. Bonnie Wynn has done a great job of building on the characters that we met in the first book and that we are also introduced to in the second book. Building on the history of the Scions was also a great addition to this book. Knowing the history of the Scions and the legends that represent them was a nice addition to get a better understanding of who the scions are and what it is they each represent.

I know there is just the two books listed on Goodreads right now, but I'm really hoping there will be
more. This is such a great series to pick up, it's a great fantasy read with some dark elements thrown in.
Read more
Helpful
Comment Report abuse

Ivey Byrd
4.0 out of 5 stars Sarah J. Maas fans will love this series!
Reviewed in the United States on November 19, 2020
I really enjoyed A WIND FROM THE RIFT. From start to finish, I was hooked. This book definitely played with my emotions. Though it was heartbreaking, it was also captivating to see Gwyn adjust to her powers and see everyone’s reaction to them. I’m so glad her struggles weren’t sugar coated because it made the book even more real and raw. The whole journey definitely had my heartstrings in a bind, and I literally felt my chest ache at times for the pain and suffering Gwyn had to endure. That is when you know the author has you hooked. I’m also glad we got to see more of Gwyn and Lucien. Their reunion made my heart soar and it felt like a reprieve from the suffering she had to endure before if even just for a moment. I also have to mention that the side characters continued to stand out to me in this sequel and left their mark rather than fading into the background; it made the book feel more complete for me.

The plot was just as captivating as the first novel. The story continued seamlessly and never once was I bored. I was hooked on Gwyn’s journey especially after the first book’s ending. There were only two issues I found with the plot. First, the “death” of Margan was glossed over and in the initial action, I didn’t get the impression that Gwyn had killed him so when she was released from prison I was very surprised that she didn’t think of him at all (especially given her personality and tendency to harbor blame for other’s deaths). Either way, I felt like it didn’t match her character to not think of him at all, especially given his kindness to her in the Vaults. It also would have been a good plot choice to have him mentioned throughout the story here and there given what happened in the end so that readers haven’t almost forgotten who this character is to Gwyn. The second issue I found is that for most of the book, Gwyn is focused on the Syndicate and escaping the island, and she doesn’t worry that much about Molech, who is her biggest enemy overall. I felt like the plot could have progressed truer to Gwyn’s character had she also been focused on defeating Molech as well as escaping the Syndicate afterwards. In the end, the plot was still captivating and exciting, and I enjoyed it. I can’t wait to see what happens next!
Read more
Helpful
Comment Report abuse
See all reviews