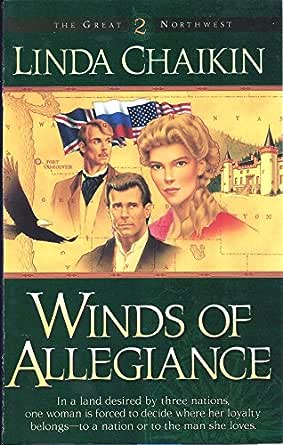 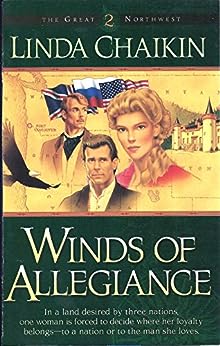 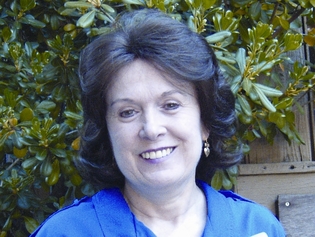 Linda Chaikin is an award-winning writer whose historical series include HEART OF INDIA, THE GREAT NORTHWEST, and THE ROYAL PAVILIONS. Empire Builders was awarded with the Angel Award for Excellence in Ficiton. She and her husband make their home in California size : 5.4 x 8.2 --This text refers to an out of print or unavailable edition of this title.

GUNFUN 1
5.0 out of 5 stars FINE
Reviewed in the United States on July 26, 2020
Verified Purchase
LIKE THE AUTHOR
Read more
Helpful
Comment Report abuse

Irvin R. Newkirk
5.0 out of 5 stars Satisfaction
Reviewed in the United States on March 15, 2010
Verified Purchase
My wife is a fan of Linda Chaikin and this book is another enjoyable addition to the books she already has or has read.
Read more
Helpful
Comment Report abuse

Jennie
5.0 out of 5 stars Another great read by Linda Chaikin!
Reviewed in the United States on November 30, 2001
I've waited forever to read this book. It was well worth the wait! Romance, adventure... longing to bridge gaps in family relationships. I've read this book in a day! I couldn't put it down. I've really enjoyed the characters Trace Wilder and Savana Mackenzie. Savana is a British-Russian young woman who reluctantly becomes a spy "for the good of the British Empire." Trace has identities like:spy,soldier,ranch owner and ship's captain with the goal of seeing the Pacific Northwest have the Stars and Stripes flying over it. Savana is torn between her attraction and her loyalties and wants to meet her long-lost grandmother for the first time. Baron Peter Sarakof promises to reunite Savana and her grandmother, but at what cost? Trace finds himself fighting to protect a woman whose loyalites are questionable and knows that in his "business" that emotions could mean his downfall. It was a great book and I wasn't disappointed. I'm looking forward to see what Linda Chaikin has in store for us in the future!
Read more
2 people found this helpful
Helpful
Comment Report abuse

Anna J. Johnson
4.0 out of 5 stars Exciting and adventurous!
Reviewed in the United States on June 2, 2000
Granted, it wasn't one of Linda's most exceptional books, but it was great all the same. Savana Rezanov Mackenzie is a Russian-British young woman who is totally loyal to her English heritage. Her family is wealthy and well-to-do, but her Russian relatives have disowned her because of her British father, and she longs to be loved and accepted by her mother's family, since she has no other. Caught up in the British-American fight for power in the Northwest, Savana becomes a spy. Then, she meets Trace Wilder...a dangerous American spy who has many disguises...soldier, rancher, sailor. Trace becomes her protector, but she is confused as to her loyalties. Should she do as she planned, and stay Trace's enemy, for a cause she really doesn't believe in...or follow her heart and trust him?
You will enjoy the banter and romance so typical of Linda's books as Savana and Trace suspiciously travel on a contraband-holding ship...and the thrilling chase and action scenes at the countess's palace. Though it wasn't fabulous, I liked it a lot and I'd recommend it for a nice cozy fireside read, or when you're in the mood for romance and adventure.
Read more
6 people found this helpful
Helpful
Comment Report abuse

sci teacher
3.0 out of 5 stars Not Chaikin's best, but decent
Reviewed in the United States on March 17, 2007
I found the characters rather flat, even for romantic/historical fiction. The plot was slow and cumbersome. The questions being asked seemed repetitive, and the love story was frankly poorly done (I know Chaikin can do better!).

All that said, the ending had some excitement and a really delicious twist, so I'm dead-neutral on this book. Read it if you will.
Read more
Helpful
Comment Report abuse

Angela Anderson
4.0 out of 5 stars Excellent
Reviewed in the United States on June 1, 2009
Excellent author, lovely story, very good experience in purchasing this produt. Book in excellent condition and seller was very prompt in getting it to me!! Overall experience was excellent!!
Read more
Helpful
Comment Report abuse
See all reviews