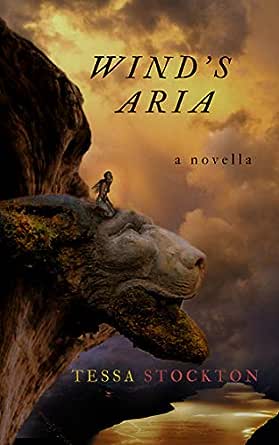 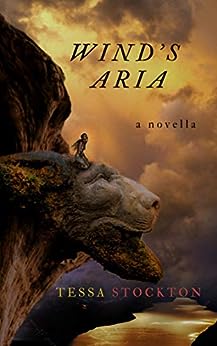 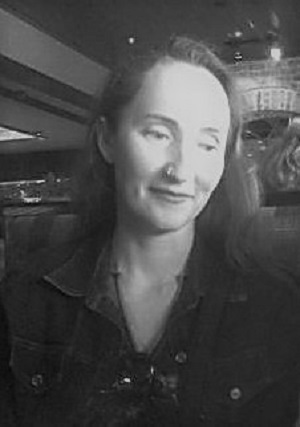 GP
5.0 out of 5 stars New Mythological Journey.
Reviewed in the United States on February 24, 2013
Verified Purchase
The novella "Wind's Aria" is an enjoyable read. Poetic descriptions that paint beautiful scenes and are a pleasure to read. I like how the author engages the reader, balancing some deep POV with folktale narration. I appreciate a story that makes me care about the characters and offers an enchanting world. -GP
Read more
One person found this helpful
Helpful
Comment Report abuse

It's Raining Books
4.0 out of 5 stars evocative imagery and clear description
Reviewed in the United States on May 4, 2013
With evocative imagery and clear description, author Tessa Stockton takes us to a world where the sun rises in a cloudless sky every day and there is never drought, thanks to the songstress, Aria. But then, one day she stutters in her song and everything changes.

Aria was a simple, sweet girl who didn't seem strong enough to do the tasks eventually given her. She was focused and pure, was never to marry and would live her life to sing to the Sacred One. That she begins to question things makes her an enemy of the state, and that she believes her behavior is the cause of the destruction of her land is a heavy burden of guilt to bear.

The Il Bora is a fallen angel, follower of the serpent and tasked with Aria's destruction. But he, too, begins to question and he, too, doesn't discharge his duty as charged. Instead he gets to know Aria, and he falls in love.

The change from idyllic to dark is rapid and frightening for Aria. Everything she believes and understand changes. I admired her fortitude for stepping up to do what needs to be done, no matter her fear and worry. She is stronger than she appears.

The Il Bora never felt evil, despite his origins (and his master). There was never a question that he'd do what was right which, had he been written differently, might have made the conflict stronger.

Still, Wind's Aria is an eloquently written fantasy that had enough story to have been a much longer work. I think, had there been just a few more pages, it would have better met its potential, as some parts felt a bit rushed.

I did truly admire the author's writing skills, though, and would be most willing to read work by her again.
Read more
One person found this helpful
Helpful
Comment Report abuse

MaggieMae
4.0 out of 5 stars What Does Faith Ask of Us?
Reviewed in the United States on February 22, 2013
How does one have faith and the discipline to rise each morning in the dark, climb a cliff and sing? How does one believe it will bring peace and harmony to her people? How lonely is it to carry this out every day, to know you can never have a partner, never marry, never have love? If it were you, would you question its efficacy and your role?

Into this world the heroine, Aria, one day loses focus and breaks her song. That is the beginning of the end of the world as she knew it. Coupled with her godfather's secret dreams that scare him, and a meeting with a strange boy who is the antithesis of everything she believes, Aria is left to wander alone in her faith and her understanding of her world.

This is a story of faith and love that transcends the daily work of a songstress or of the servant of the evil one. It asks questions of faith which go beyond their every day experiences. It also asks what can/will one do when faced with tragedy, corruption, and the possibility that everything you knew was wrong? As I read the story, I found myself asking:

Why would a village depend on one young girl to bring them peace and prosperity?
When only one person must remain faithful for an entire people, what is the motivation for the rest to be good in their every day encounters?
How difficult it must be to grow up with the expectation that it is only your song which keeps everyone alive and healthy?
What happens when you fail, as all imperfect beings do fail from time to time? Is there ever forgiveness for such a failure, and is that forgiveness limited only to those who have consistently struggled to be good?

These questions of faith and struggle in the story are the same ones most of us face. It is not unusual to ask why a weak, imperfect being would be asked to carry out such a difficult task. Told like a long parable, the juxtaposition and similarities of good and evil, weak and strong, and faith and forgiveness are all a part of this sweet story writ on a larger fantasy canvas.

My only trouble with it is that the ending and resolution came too quickly and easily. I believe it could have been 10-20 pages longer in order to make the ending unfold in as beautiful a way as the rest of the book was written.

Maggie Thom
3.0 out of 5 stars An inspirational paranormal story
Reviewed in the United States on June 18, 2013
Winds Aria is an inspirational paranormal love story. Aria is to get up every morning, pre-dawn and sing to the Sacred Flower. This guarantees her village sunshine and spring forever in their land. Aria does this every day however one day she becomes distracted for just a second but it has a devastating effect. Her village is left with a grey, gloomy day and fear disaster. Il Bora, a magnificent winged creature, finds himself in a difficult position. His master, the Serpent, demands that he blows the despairing winds which catch lost and entrapped souls and wreaks havoc on the land but he is distracted not only by Aria's haunting voice but by her beauty. Since Il Bora decides to help her, his not-too-happy master steals Aria's voice and Il Bora receives retribution. Aria must then set out on a quest to find the Sacred Flower.

They are two different beings that have a lot to overcome and conquer if they are ever to be together. The descriptions in this story are well done. I had a clear picture of where this story took place and of the characters. I liked the story but I would have liked the book to have been a lot longer. Some things for me happened too quickly but having said that this book is a good, quick read. It will take you on a journey through trust, good and evil and a reminder the power of love.
I was given a copy for a review but the opinion is all mine.
Read more
One person found this helpful
Helpful
Comment Report abuse
See all reviews from the United States