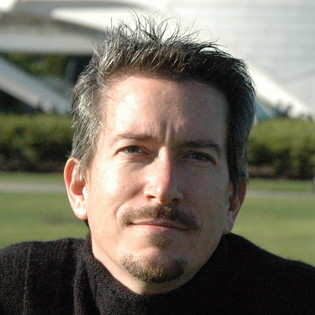 Winds of Khalakovo: The First Volume of The Lays of Anuskaya Paperback – April 1, 2011

Debut novelist Beaulieu paints a detailed and realistic portrayal of individual fates bound up in social responsibilities as well-grounded cultures clash. Prince Nikandr Khalakovo, facing an arranged marriage, also suffers from a wasting disease plaguing the Anuskaya islands. When the rebellious Maharraht loose a fire elemental and kill the visiting Grand Duke Stasa Bolgravya, civil war erupts, and all factions seek to capture a mysterious autistic boy who straddles both the spirit and the material worlds. Beaulieu skillfully juggles elements borrowed from familiar cultures (primarily Russian and Bedouin) as well as telepathy, airborne ships, and magical gems. Viewpoint shifts are occasionally confusing, but the prose is often poetic—airborne skiffs under attack "dropped like kingfishers" and "twisted in the air like maple seeds"—and the characters have welcome depth. (Apr.)
(c) Copyright PWxyz, LLC. All rights reserved.

The Winds of Khalokovo is filled with clean prose, intelligent language, and brilliant imagination. Reading this fantasy was like sinking my teeth into a rich and exotic dessert. --Orson Scott Card's Intergalactic Medicine Show

The boldly imagined new world and sharply drawn characters will pull you into The Winds of Khalakovo and won't let you go until the last page. --Michael A. Stackpole, New York Times bestselling author of I, Jedi

Exactly the kind of fantasy I like to read. --Kevin J. Anderson, New York Times bestselling author of The Saga of the Seven Suns

The Winds of Khalakovo is a story set in a world that has elements of George R.R. Martin's Song of Ice and Fire as well as Ursula K. Le Guin's Earthsea.
The genesis of the book is actually from a series of postcards of fine art that I picked up in Edinburgh, Scotland. (I posted about it on my website if you're curious to hear more about that.) I used that artwork to first generate and then crystallize my thoughts about the book. Initially, I tried not to let any one thing rule the brainstorming I would do from time to time. I didn't even know who the main characters were at first. I was quite taken by the picture of the three sisters, though, and I knew right away, the moment I laid eyes on the original in the National Gallery, that they would play a major part in the novel.

But in the end it was the picture of the boy with the flaming brand that kept leaping out at me, calling for attention. The artist is Godfried Schalcken, and the piece is called "A Boy Blowing on a Firebrand to Light a Candle." This character eventually became Nasim, the autistic savant. As I was studying the characters, I began to realize that this boy was not going to be a point-of-view character, but he was going to be a prime mover. In the end, he embodies much of what Winds is about. The story truly does revolve around him and his unique powers.

The brand that he holds in the painting also came into play. I didn't know what the magic was going to be about. I hardly had a single preconception about the book going in. I just wanted the artwork to speak to me, to advise me as to what the story was going to be--from the characters to the world to the magic. The boy blowing on the brand got me to thinking about elemental magic, and I realized that Nasim was one who could do this without even thinking. It came as naturally to him as did breathing. That's a difficult place to put a character, however. As a writer, you have to be careful of all-powerful things, and so I needed something to balance Nasim's abilities. And this, of course, is where his disconnection from the world came from. Nasim, as written in the book, is often lost. He has difficulty relating to others in even the smallest of ways. This both limited his power and made him in some ways more dangerous and more scary than a calculating villain, simply because of the unpredictability.

I'd be remiss if I didn't also mention Rehada, who started out as a somewhat minor character but grew into the most complex and perhaps the most compelling of my three main characters. Rehada came from Andrew Geddes' "Hagar." It's another beautiful painting, filled with emotion. I was drawn to the fact that she was crying. I wondered why. I spent a lot of time answering that one question. After knowing that her people were essentially pacifists, I realized that Rehada was not. She felt she had betrayed her people and their ways because she had taken to the path of violence. It was from this, from that one single tear, that the entirety of the Maharraht--the fanatical splinter group that came to embrace violence as a means to an end--was born.

Bradley P. Beaulieu is the author of The Winds of Khalakovo, the first of three planned books in The Lays of Anuskaya series. In addition to being an L. Ron Hubbard Writers of the Future Award winner, Brad's stories have appeared in various other publications, including Realms of Fantasy Magazine, Orson Scott Card's Intergalactic Medicine Show, Writers of the Future 20, and several anthologies from DAW Books. His story, "In the Eyes of the Empress's Cat," was voted a Notable Story of 2006 in the Million Writers Award.
Brad lives in Racine, Wisconsin with his wife and two children. He is a software engineer by day, wrangling code into something resembling usefulness. He is also an amateur cook. He loves to cook spicy dishes, particularly Mexican and southwestern. As time goes on, however, Brad finds that his hobbies are slowly being whittled down to these two things: family and writing. In that order...
For more, please visit quillings.com.
Read more