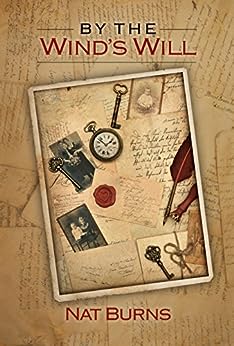 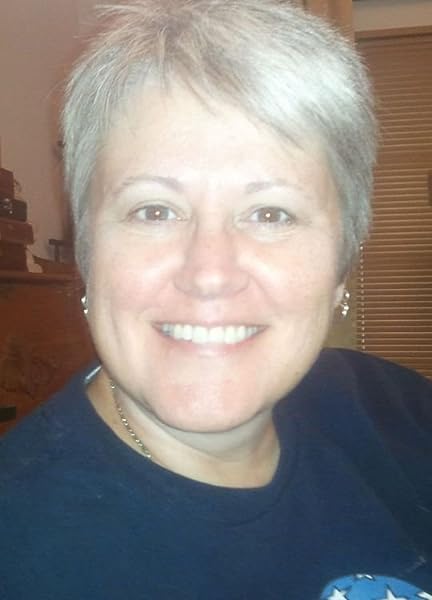 By the Wind's Will Kindle Edition

by Nat Burns (Author) Format: Kindle Edition
See all formats and editions
Sorry, there was a problem loading this page. Try again.
Fidelia Grace Nelson, nicknamed Foxy for her thick, red hair and wild nature, came to America in the 1700s to help populate the new settlement of Savannah, Georgia. Though disappointment reigned supreme in this new land, Foxy’s good nature as she grew buoyed everyone. Then, she fell in love with her best friend, Maggie.

It was a difficult love, as a relationship between two women would not further their two families’ plans for success, but Foxy was determined to make it happen. But such a love was not to be.

Foxy, brokenhearted, escapes into the wilderness of uncharted lands. This sets in motion a life of hard work, tragic love among the native Cree people and eventual prosperity. Her plantation, Trapper’s Folly, near the port of New Orleans, becomes well respected for its humanitarian ethics and excellent management.

Though doing well, Foxy, middle-aged, realizes that she is lonely. To escape this, she travels back to Georgia to find everything very different than before. Will love be waiting there for her?

This epic novel takes the reader to the early days of America and shares the adventures of a powerful frontier woman who summarily beats the odds and thrives despite adversity.
Read more
Previous page
Next page

Nat Burns is the author of more than fifteen novels with three different publishers. Since becoming a novelist, she has won one Golden Crown Literary Award and twice was voted as a finalist. She also won an Alice B. Lavender Certificate for her novel Two Weeks in August. Her poem, “Womanwalk”, won first place in the local Virginia Writing Club contest and third place in the VWC state competition. Other poems have appeared in dozens of publications, such as Lynchburg Magazine, The Wishing Well, Muse Magazine, Witness to the Bizarre, and Worlds of Surrealism. She won state honors for a short story, “The Road, The Rock”, and was nominated for a Pushcart Prize for her short story “Diverse Delusions”.

During her ten years as a journalist, she won two Virginia Press Association awards, as well as honors from Writer's Digest, Muse Magazine, Writers in Virginia, The Virginia Writing Club, Piedmont Writing Institute and Writers of the Future. She taught journalism and creative writing as part of the Virginia Center for the Creative Arts Writers in Virginia program and worked with the Small Press Writers and Artist Organization for many years, serving one year as president. She currently writes a monthly column called “Notes from Nat” with a magazine in Los Angeles.

As an editor, Burns worked with the America Association for Clinical Chemistry, VA NOW, Byrd Newspapers, County of Nelson, Hampton Roads Publishing and Carden Jennings Publishing. She has edited more than three dozen fiction and non-fiction books, many of them winning awards.

She is a proud ten-year member of the Golden Crown Literary Society, as well as Southwest Writers, the Petroglyph Guild and Romance Writers of America.

Seven years ago, she found the Land of Enchantment, Albuquerque NM, and she lives there with her partner, Chris, and three demanding felines.

-Novels with Bella Books: Two Weeks in August, House of Cards, The Quality of Blue, Identity, The Book of Eleanor, Poison Flowers, Family Issue, Nether Regions, Lights of the Heart and The Liaison

-Novels with Regal Crest: Gospel-erotic poetry/ prose, The Wittering Way, By The Wind's Will

-Novels with Desert Palm Press: The Rustle of Leaves

-Books edited include: Excuse Me, Your God is Waiting by Michelle Prosser. Pieces of Pie; Surviving Love by Pie Dumas. Hearts Dead and Alice by Kate McLaughlin. Creed by Michael J. Chavez.

3.6 out of 5 stars
3.6 out of 5
2 global ratings
How are ratings calculated?
To calculate the overall star rating and percentage breakdown by star, we don’t use a simple average. Instead, our system considers things like how recent a review is and if the reviewer bought the item on Amazon. It also analyzes reviews to verify trustworthiness.
Top reviews

Amazon Customer
5.0 out of 5 stars Good read in historical fiction
Reviewed in the United States on April 21, 2020
I thoroughly enjoyed this historical romance. You could tell the writer did a lot of research, which I appreciate in historical fiction. The characters were very realistic and relatable. I would have liked a little more of the story when the main character was living with Native Americans. But, overall, well written.
Read more
Helpful
Report abuse
See all reviews