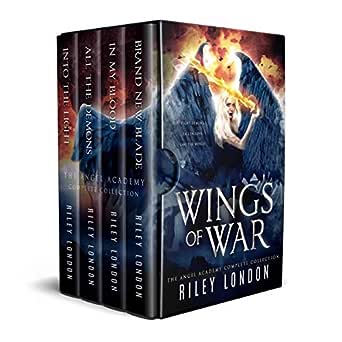 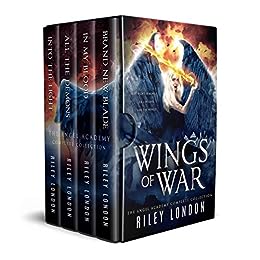 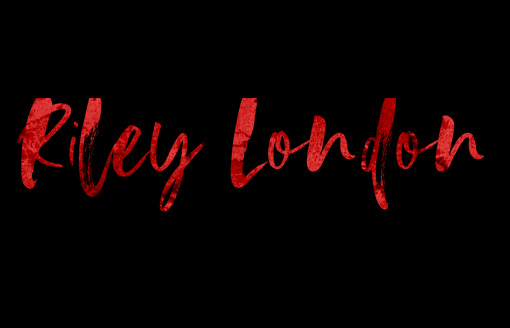 Emily Pennington
TOP 500 REVIEWER
4.0 out of 5 stars Off to Angel Academy
Reviewed in the United States on July 2, 2020
Verified Purchase
This is the full four-book “ANGEL ACADEMY” series that takes the reader into a world of take-charge heroines, angels, and a battle raging between Good and Evil and to win Celeste’s heart. The story begins when the reader meets Celeste Venoix, capable and able to look after herself, who punches out a creep following her home. After the fight, she is approached by a stranger who claims she might be an angel! Whisked away to her life at Angel Academy, her adventures are then revealed through the pages of this exciting box set!

This is a fast-paced set that will keep the reader interested from start to finish. It is well written and flows easily. Celeste is very likable which draws the reader deeper into the story as she meets her destiny. I really enjoyed this set and look forward to reading more from this author!
Read more
2 people found this helpful
Helpful
Comment Report abuse

Dee
5.0 out of 5 stars Great storytelling
Reviewed in the United States on July 15, 2020
Verified Purchase
I thought this author crafted an amazing series that was imaginative, suspenseful, intriguing and engaging. I was caught up in the drama from the beginning because the main character was awesome with all caps! Her strength and fortitude was amazing. The fast pace kept the action and drama flowing as the story built. Great series.
Read more
Helpful
Comment Report abuse

Kaye (Please Don't Plagiarize My Reviews)
TOP 500 REVIEWER
5.0 out of 5 stars ONE KICK@ASS BLOCK BUSTING RIDE!!!
Reviewed in the United States on July 3, 2020
Sensational! Riley bursts through kicking ass and taking names, riding on the wings of a flaming inferno and blasting the gates of hell wide open, catapulting this gem to life flawlessly. Crushing the boundaries and eliminating the lines, limitations are stretched and manipulated, slamming this baby into overdrive, propelling it into a tizzy with astonishing results, drawing our characters closer than they could have ever anticipated. Hurdling the intimidating trials and challenging tribulations, stumbling through the crazy twists and wicked turns, testing our characters in ways they never saw coming. Satisfaction rocks this jewel, bringing it home with such intensity and precision, displaying triumph and imparting one thrilling bombshell, fusing this baby together sleek, shiny and tight. Dynamics and countenance in layer upon layer that you peel back with each page your drawn into this web so deep until everything else ceases to exist. The attraction and chemistry sizzles, drawing you deeper until you feel the electrifying hum running rampant through your veins. The characters are authentic and realistic with depth and qualities that transform into outstanding personalities. The scenes are strikingly sharp with abundant details and descriptions creating a colorful backdrop that makes the storylines explodes. Remarkable job Riley, thanks for sharing this awesome little bundle with us.

I am voluntarily posting an honest review after reading an Advance Reader Copy of this story.
Read more
One person found this helpful
Helpful
Comment Report abuse

Christine Abee
5.0 out of 5 stars ARC Review
Reviewed in the United States on June 30, 2020
I received a free copy of this book via Booksprout and am voluntarily leaving a review. Book 1 This story is of Celeste venoin a bartender who best friend and roommate is Charlie Collins but when she meets Benjamin and Zachary angels at the Angel academy she find out who she really is. Cute book 2-While Charlie Zachary and benjie help girlfriend Celeste and there still digging out their powers. Celeste sister trinity shows up to case trouble. Awesome story book 3-Celeste veniox daughter of lilth and Lucifer is supposed to save the world ,but when the Charles Collins her immortal as long as Celeste lives is taken by mammon the Prince of hell and material wealth and everyone turns against her she has to make a choice hell or save the world still. Awesome story book 4-Celeste venoix the daughter of lilth and Lucifer has to fight for heaven or hell and even when things are all messed up she has to make the final choice what is good for her and the world. Awesome story
Read more
One person found this helpful
Helpful
Comment Report abuse

Mari
4.0 out of 5 stars A Great Series
Reviewed in the United States on June 29, 2020
A fantastic Angel-style academy series to add to your collection and while the trope is popular this Celeste’s journey still manages to be unique. There’s plenty of unexpected twists, turns, and a lot of betrayal lurking in the shadows that you will never see coming. The main characters are all well fleshed out and have histories that color their interactions. The plot develops at a fast pace and if you thought you knew how this story was going to go...you were wrong. We even get a unique look into the academy if the story went differently in the final book, but be warned this isn’t the same academy as before. The final book to me didn’t quite hit the mark as an epic resolution to the series. It did however leave the door open for a spin off redemption style series for a secondary character the reader has conflicting feelings about for a majority of the series.

charles smith
4.0 out of 5 stars War Between Heaven and Hell
Reviewed in the United States on July 15, 2020
Celeste Venoix is 21, blonde, beautiful and bar-tending when we first meet her. On her way home she is accosted by a big thug whom she proceeds to destroy with ease. At this point the angel Benjamin stops her and tries to recruit her for the Angel Academy which Celeste finds rather fantastical. When she attacks Benjamin everything goes dark and she awakens to find herself in her apartment with her best friend Charlie. Next morning Benjamin reappears to say she should come with him, Charlie also. Thus begins a fantasy tale for the next four years. Celeste will learn that although raised as a foster child she is really the daughter of Lucifer and Lilth. Lilth? Who knew? She is apparently the first wife of Adam! There is a budding war between Hell and Heaven. Demons like Abaddon, great name, who manifests in scenes and others. Celeste has to choose which side. Her sister Trinity shows up for good or bad. The sex begins early and is frequent but is not that scorching or sensuous. Still this is a surprisingly good literate read. Received this ARC and have voluntarily reviewed.
Read more
Helpful
Comment Report abuse
See all reviews