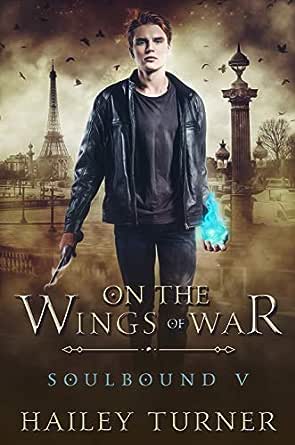 You've subscribed to Soulbound! We will preorder your items within 24 hours of when they become available. When new books are released, we'll charge your default payment method for the lowest price available during the pre-order period.
Update your device or payment method, cancel individual pre-orders or your subscription at
Your Memberships & Subscriptions
There was an error. We were unable to process your subscription due to an error. Please refresh and try again. 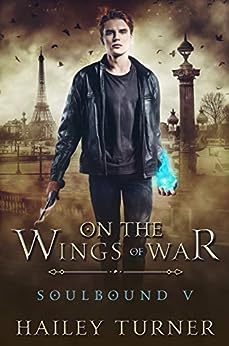 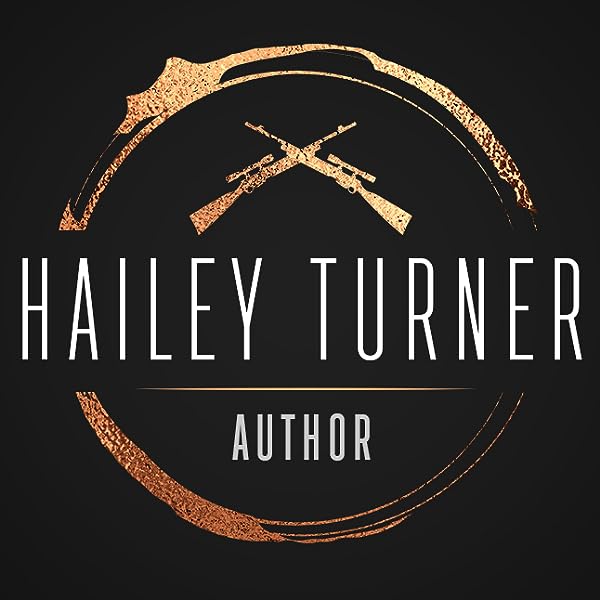 On the Wings of War (Soulbound Book 5) Kindle Edition 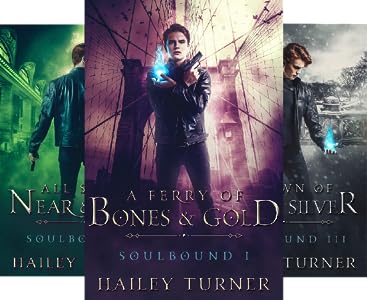 
"Hailey Turner is a wonderful writer, and nowhere is this better illustrated than in the Soulbound series. The world of Patrick and Jono is so perfectly realised and populated with rich characters drawn from mythology and folklore. I couldn't put this book down." -- Lily Morton, Amazon best-selling author of the Mixed Messages and Finding Home series.

"Hailey Turner never disappoints! The Soulbound series continues in On The Wings of War with Turner's unique and compelling world-building, beloved characters including Wade the ever-snacking cutie pie, and the same kind of page-turning action we've come to expect from a Hailey Turner story. Whenever I read a Soulbound novel, I come out of it feeling smarter and a little bit breathless, like if I looked behind me there might be a tiny bit of magic and dragon smoke wafting in the air. I can't recommend this new Hailey Turner novel enough. Grab it now!" -- Lucy Lennox, Amazon best-selling author of the Made Marian and Forever Wilde series.

"With every new book in the Soulbound series, I ask myself how Hailey Turner could possibly top this, and in true Patrick style, challenge accepted. Each book in this series is even better than the last, and I'm absolutely in love with these characters. I can't get enough of Patrick, Jono, Wade, and On the Wings of War is an adrenaline-fueled adventure you don't want to miss!" -- Charlie Cochet, Amazon best-selling author of the THIRDS series.

"I have been a fan of the Soulbound series since the very beginning, but somehow it gets better with every new installment, and this one is the best yet. The twists and turns are tighter, the action more explosive, the love between Jono and Patrick deeper, and the bonds with their found family even sweeter, making On the Wings of War one of the most satisfying reads I've had in a long time. This book was a roller coaster ride I never wanted to end." -- May Archer, Amazon best-selling author.

"ON THE WINGS OF WAR is an emotional and fantastical juggernaut that obliterates all expectations. It does the impossible--it outshines its remarkable predecessors." -- S.J. Himes, Amazon best-selling author.

"Never, ever let it be said that Hailey Turner under-writes an action scene; this author is so proficient at escalating the danger and drama to pulse-pounding levels that she could teach a master class in how to bait readers into fits of anxiety." -- Lisa, reviewer for A Novel Approach.