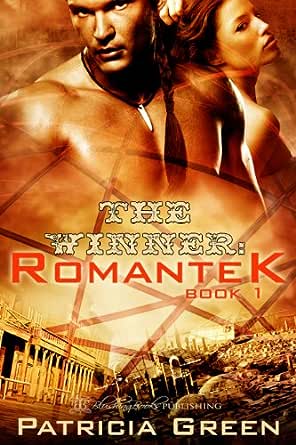 You've subscribed to Romantek! We will preorder your items within 24 hours of when they become available. When new books are released, we'll charge your default payment method for the lowest price available during the pre-order period.
Update your device or payment method, cancel individual pre-orders or your subscription at
Your Memberships & Subscriptions
There was an error. We were unable to process your subscription due to an error. Please refresh and try again. 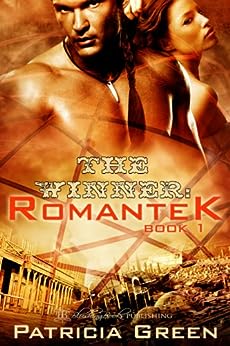 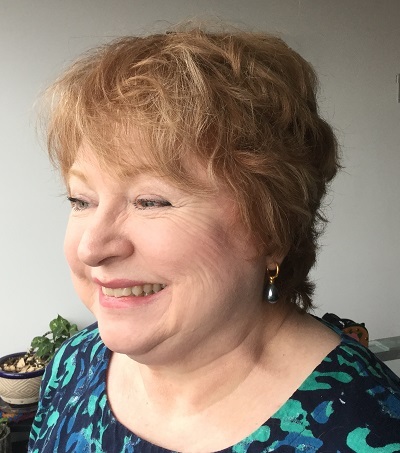 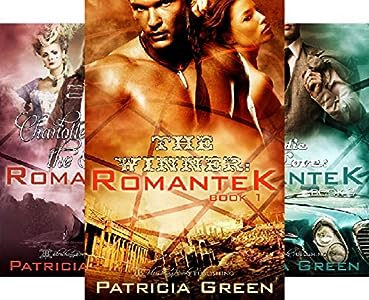 3.6 out of 5 stars
3.6 out of 5
10 global ratings
How are ratings calculated?
To calculate the overall star rating and percentage breakdown by star, we don’t use a simple average. Instead, our system considers things like how recent a review is and if the reviewer bought the item on Amazon. It also analyzes reviews to verify trustworthiness.
Top reviews

Booklover1960
5.0 out of 5 stars Fun Read
Reviewed in the United States on October 3, 2013
Verified Purchase
What a fun futuristic read! I loved the idea of the Rave and the H/h's relationship was terrific. I'm hoping that Ms. Green does another book with the Rave idea, there are so many places to take it.
Read more
One person found this helpful
Helpful
Comment Report abuse

Jade Snow
5.0 out of 5 stars The Winner
Reviewed in the United States on October 16, 2013
Verified Purchase
A great story for all of us dreamers out there to embrace. Well written with only a couple of editing mistakes.
Read more
Helpful
Comment Report abuse

SGMitch
4.0 out of 5 stars Four Stars
Reviewed in the United States on May 7, 2015
Verified Purchase
Different, but kept me interested.
Read more
Helpful
Comment Report abuse

lovelife
5.0 out of 5 stars High Five for Creativity
Reviewed in the United States on October 30, 2014
Verified Purchase
I read this awhile back and really liked it. Different from the norm!
Read more
Helpful
Comment Report abuse

Cassie
3.0 out of 5 stars too much stupidity for the sake of the plot
Reviewed in the United States on April 15, 2015
Not great, not awful. Just disappointing. I’ve read this author before, and enjoyed her books. The description made this one sound so intriguing, I was excited to read it. However, this book just didn’t live up to the potential. A sort of two-in-one sci-fi and old west tale, which could have been such a fun combination, but unfortunately, both aspects fell flat. The sci-fi part didn’t get a lot of time in the book, so there wasn’t a great deal of world-building, though what was there wasn’t bad. The old west bit was given a little more screen time, but it was nothing new or different. I was disappointed in the male lead, since I had been happy to read in the description that he was Native American, but that actually ended up being completely irrelevant to the character aside from the physical description. The heroine disappointed me because she behaved in a typically stupid for the sake of the plot way (‘gee, I’ve never driven a horse-and-buggy, and I don’t know where I’m going, but gosh, how hard can it be?’). The stupidity for the sake of the plot was probably the greatest disappointment. I mean, I could think of dozens of ways this poor girl from the future could make mistakes in an old west setting that would have been completely understandable given her lack of information, but the mistakes she DOES make are all just dumb. For instance, going into the saloon is an understandable mistake. Staying in and insisting on being served after realizing that respectable women don’t go in there is just stupid. And that was kind of the pattern. So, despite the potential here for a great story, I just didn’t end up caring much for it.
Read more
One person found this helpful
Helpful
Comment Report abuse

agirlbeingfrugal
5.0 out of 5 stars Unique and Sexy
Reviewed in the United States on August 29, 2014
Such a unique series. The idea of being able to take part in a sexy adventure is so much fun. I highly recommend this to anyone looking for something new and HOT.
Read more
Helpful
Comment Report abuse

Katy Beth
4.0 out of 5 stars Careful what you dream
Reviewed in the United States on October 19, 2013
Audrey is a contest winner but her fantasy prize doesn't seem to be working out for her as well as she'd hoped. Can fantasy and reality really live up to the dream.
Read more
Helpful
Comment Report abuse
See all reviews

Kindle Customer
2.0 out of 5 stars I was expecting more
Reviewed in the United Kingdom on April 12, 2014
Verified Purchase
The write up was so promising but the actual story was almost depressing. I liked the idea of the holiday-very running man. But the holiday was one crisis after another and there was no real bonding. Spanking and sex..there has to be some warmth and character development surely.
Read more
One person found this helpful
Report abuse
See all reviews