Winning Fights and millions of other books are available for Amazon Kindle. Learn more 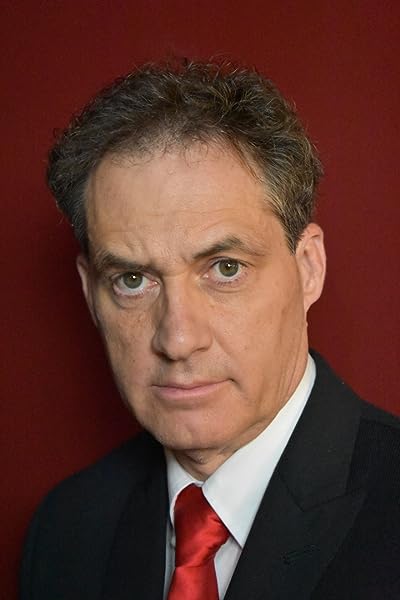 Winning Fights: 12 Proven Principles for Winning on the Street, in the Ring, at Life Paperback – April 1, 2018

"A handbook about handling conflict from both a physical and philosophical perspective. ""'Finding any semblance of common ground, accepting what comes and dealing with it calmly and dispassionately requires quite a bit of discipline," Stephens writes in his nonfiction debut, which "comes from contentment with oneself first." A strong flavor of Eastern martial culture, reflected in this quote, runs throughout the book, which refers often to such legendary military philosophers as Sun Tzu and the swordsman Miyamoto Musashi (1584-1645), author of "The Book of Five Rings". But although Stephens spends time talking about spiritual power and mindfulness, the book is predominately concerned with managing physical violence, either in controlled circumstances, such as a martial arts dojo, or in the chaos of the street. Overall, he's an excellent guide to the realities of such conflict, presenting his principles in clear, sharp prose. Readers who deal regularly with physical altercations―such as war veterans or school guidance counselors―will particularly find a great deal of value in these pages. While outlining 12 crucial elements for securing any kind of victory, Stephens effectively emphasizes core concepts, rather than specific tactics: "Sure, specialized skill and technique is important," he writes. "But it is foundational principles that win any fight regardless of scale or context." He peppers his text with anecdotes and the examples of a wide array of famous fighters throughout history, from famed actor and martial artist Bruce Lee to Brazilian-Jiujitsu fighter Royce Gracie, who was known for "almost always beating much larger opponents." Stephens also regularly broadens the backdrop of his study to include large-scale military conflicts, always to illustrate points about the necessity of clear thinking in any kind of fight, and about the economical use of force.""A clear and strongly worded fighting manual in the long tradition of Sun Tzu." ― Kirkus

In 2013, Stephens was appointed to the North Carolina Boxing Commission, which regulates combat sports including boxing and mixed martial arts, where he serves as a commissioner.

Stephens has a doctorate of health science and has practiced emergency medicine as a physician’s assistant since 1990.

Start reading Winning Fights on your Kindle in under a minute.

Shawn T. Pearson
5.0 out of 5 stars Awesome Book
Reviewed in the United States on September 14, 2020
Verified Purchase
Great summary of the principles that fighters of all types should know. I highly recommend it.
Read more
Helpful
Report abuse

Kenny Letts
5.0 out of 5 stars A must read based on timeless principles, not techniques
Reviewed in the United States on April 16, 2018
Verified Purchase
Winning Fights is a fantastic read. I’ve read Sun Tzu’s The Art of War and it is on par with greats like that. The general flow is that winning fights is based on timeless principles, not simple techniques that can be overcome by evolution of ideas. These principles are priceless and this is a must read !!
Read more
3 people found this helpful
Helpful
Report abuse

Amazon Customer
5.0 out of 5 stars Great read for all!
Reviewed in the United States on August 29, 2018
In "Winning Fights", Dr Stephens provides a very thorough and detailed summary of essential principles for successful combatants whether an athlete, military, or law enforcement. He does an excellent job of breaking it down into the 12 core traits/principles and merges historical references with modern examples to explain each one. As one who has trained and competed in martial arts, Dr Stephens has an excellent wealth of personal experience to draw from. This is not just a book for fighters. The principles he describes can easily be applied to personal protection and situational awareness as well as business negotiations. The book has a very logical layout and flow and provides easily identifiable and understandable take home points. This should be a must-read for fighters, athletes or military history buffs.
Read more
Helpful
Report abuse

Amazon Customer
5.0 out of 5 stars Key Principles Germaine to ANY Conflict
Reviewed in the United States on May 6, 2018
Though I have never been in a physical fight, the principles clearly articulated by Dr. Stephens most assuredly apply to conflict of almost any kind. I recently was traveling in South America and thought how timely it was that I had just finished reading the book before I left. I truly felt prepared in what was sometimes an uncertain environment. It is not a coincidence the first principle, preparation, is in my view foundational to the rest. Dr. Stephens does a great job detailing the components of preparation including a few that I keenly employed in my travels - recognition, visualization, and especially anticipation. The text flows quite adeptly from principle to principle, is well referenced, and chocked full of practical insights with spiritual "pearls" woven throughout. A great read for a novice or trained fighter or someone like me, desiring to employ these critical principles to weigh the odds in my favor in any conflict.
Read more
2 people found this helpful
Helpful
Report abuse

Amazon Customer
5.0 out of 5 stars A must read! Highly recommended!
Reviewed in the United States on May 6, 2018
A must read! Dr. Stephens’ book Winning Fights deals with the timeless 12 principles needed for victory in any conflict. These principles are supported by quotes from many of the greatest warriors throughout history- from Sun Tzu’s The Art of War and Samurai Musashi’s Book of Five Rings to Bruce Lee’s fighting philosophy and General Patton’s battlefield grit, among many others. Compelling stories illustrate the author’s points. The book also delves into verbal self-defense options to help defuse and avoid physical violence. It is a very educational and enjoyable read. Highly recommended for soldiers, law enforcement officers, martial artists, business professionals and anyone else who wants to win fights!
– Andrew Zerling, veteran martial artist and author of the award-winning book Sumo for Mixed Martial Arts: Winning Clinches, Takedowns, and Tactics.
Read more
Helpful
Report abuse

G. Masone
5.0 out of 5 stars Wisdom, logic and ferocity
Reviewed in the United States on September 18, 2018
Dr Stephens pulls together from many sources through his experience and research. The outlining of 12 core principles
enables one to identify and codify this ageless topic into a practical approach to training, fighting
and winning. The spiritual viewpoints help keep ones perspective that Fighting is not all violence
as much as it is a daily labor in confronting lifes challenges. The book reads well and there is something here for everyone.
Read more
One person found this helpful
Helpful
Report abuse
See all reviews
Back to top
Get to Know Us
Make Money with Us
Amazon Payment Products
Let Us Help You
EnglishChoose a language for shopping. United StatesChoose a country/region for shopping.
© 1996-2021, Amazon.com, Inc. or its affiliates