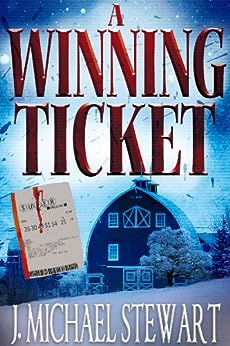 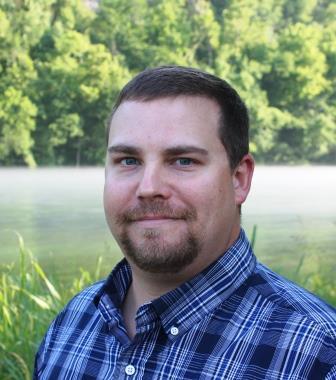 by J. Michael Stewart (Author) Format: Kindle Edition
See all formats and editions
Sorry, there was a problem loading this page. Try again.
Twin brothers Benjamin and Harrison Zimmerman are struggling just to keep their heads above water. Low crop prices and a recent drought have driven them to the brink of bankruptcy. The family farm is on the verge of foreclosure, and the mounting debt seems overwhelming. In the midst of a Nebraska blizzard, their luck suddenly changes when they hit it big by winning the lottery. In an instant they become multimillionaires. Now richer than they ever dreamed possible, all their problems seem to be solved. But before the night is over, the brothers' true feelings about the farm and each other will be revealed and their relationship changed forever.

J. Michael Stewart is the author of four novels. An avid fisherman, he spends his free time on a lake or river whenever possible. He lives in Northern Arkansas near the White River and Bull Shoals Lake with his wife and daughter.

To contact him, or for more information about J. Michael Stewart, please visit www.authorjmichaelstewart.com.

Silver Screen Videos
VINE VOICE
4.0 out of 5 stars Winner, Winner, Venison Dinner
Reviewed in the United States 🇺🇸 on December 15, 2014
Verified Purchase
Oscar Wilde once said: "There are only two tragedies in life: one is not getting what one wants, and the other is getting it." In his well written short story, "A Winning Ticket," J. Michael Stewart demonstrates the validity of Wilde's observation in a most un-Wildeian setting.

The main characters of Stewart's story are Benjamin and Harrison Zimmerman (named after the president), middle-aged fraternal twin brothers who are struggling owners of a family farm in Nebraska left to them by their parents. Benjamin loves the farming life, but farming doesn't love him very much. Despite his best efforts, the farm keeps losing money, and the bank is about ready to foreclose. Harrison, on the other hand, is looking for a way to get out and see the world, so losing the farm might not be the worst thing in the world for him. Unfortunately, the will that left the farm to the brothers stipulated that they can't sell unless they both agree, so Harrison can't just sell his interest and Benjamin is determined not to sell his.

Fate intervenes one cold winter night when the brothers win the state lottery (for a long time, they had been pooling their money to buy a few tickets each week), to the tune of $70 million (the story glosses over the possibility of multiple winning tickets). Seemingly, this is the answer to the brothers' prayers, but, as with most of the financial decisions in their lives, the brothers have very different ideas about to do next.

Most readers can guess in general terms what's going to happen from here on out in the story, especially since Stewart drops some hints in his descriptions early in the story. However, Stewart tweaks and varies a fairly familiar formula a few times in the last five pages of the story to keep readers off guard (although those more familiar with this type of story can hazard a fairly accurate guess of the eventual outcome). Still, the story is more about character, or, more specifically, the disparate nature of the twins' characters. They have very different philosophies about life, money, and farming that the story explores in detail. Stewart doesn't try to stack the deck in favor of either brother's viewpoint, the audience recognizes that both brothers are to a certain extent justified in how they want to proceed.

In addition to being a character study, "Ticket" is a reflection on the farming life as well. Stewart seems quite familiar with the travails the modern small farmer faces and explains it in harsh terms that readers can understand and appreciate. I've got no desire to be a farmer myself, but bad as the conditions the Zimmermans are going through are, I can understand the appeal for those who continue to farm.

Many authors have explored the general subject of the effects the prospects of sudden wealth have on those unaccustomed to such wealth. Frankly, there are some familiar elements in "Ticket," but it's not just another rehashing of "The Treasure of the Sierra Madre" in a radically different setting. Instead, it's clear from the time and effort that Stewart takes in setting up his characters that he's not just interested in coming up with a gimmick story but, instead, wants a genuine exploration of character and values. "A Winning Ticket" is quite a winning story, especially for a first-time writer.
Read more
2 people found this helpful
Helpful
Report abuse

William B
VINE VOICE
5.0 out of 5 stars A twisted tale well worth your time...
Reviewed in the United States 🇺🇸 on May 21, 2021
Verified Purchase
This was a bizarre, twisted bit of madness. From desperation to greed the characters quickly sink into a pool of madness. A unique idea that was masterfully penned. This short story will grab you from the first sentence and drag you screaming to the final word. A page turner with twists and turns in the final pages that will give you whiplash. This is my first read by this author, but most certainly not my last.

From the back cover - “Twin brothers Benjamin and Harrison Zimmerman are struggling just to keep their heads above water. Low crop prices and a recent drought have driven them to the brink of bankruptcy. The family farm is on the verge of foreclosure, and the mounting debt seems overwhelming. In the midst of a Nebraska blizzard, their luck suddenly changes when they hit it big by winning the lottery. In an instant they become multimillionaires. Now richer than they ever dreamed possible, all their problems seem to be solved. But before the night is over, the brothers' true feelings about the farm and each other will be revealed and their relationship changed forever.”
Read more
Helpful
Report abuse

High Desert Drifter
3.0 out of 5 stars Decent but boilerplate
Reviewed in the United States 🇺🇸 on December 21, 2013
Verified Purchase
I read this on a recommendation. At only $0.99 and 32 pages, I figured it was a win either way.

A Winning Ticket concerns some of the oldest themes in humanity: jealousy, fraternal strife, and betrayal. The story itself is smoothly-written and generally flows well, and the characters are, for the most part, believable. As an aside, I think this is something that would translate very well to the stage; the strong emotional interactions of the two brothers are, to me, the selling point of the tale, and that vigor would go over well in live-action theater.

Having said that, I thought it was pretty predictable and I saw the ending coming from midway through the tale.

**SPOILER ALERT**
Unfortunately, the ending didn't exactly pass a common-sense test, as a simple action by one character could have prevented the whole outcome, by simply offering to buy his brother out. I am mystified that was never brought up, even if it was discarded out of hand. The "shock twist" ending is also something I have read many times before, in time-tested venues such as old Tales from the Crypt stories or seen in any one of the incarnations of the Twilight Zone.
**END SPOILER**

On the whole, it was an interesting diversion and worth the time it took to read. The author's style was fluid enough that I might pick up another of his books, at a reasonable price.
Read more
One person found this helpful
Helpful
Report abuse

Aaron Diaz
4.0 out of 5 stars Great quick read!
Reviewed in the United States 🇺🇸 on March 3, 2013
Verified Purchase
I really enjoyed "A Winning Ticket". Two pages in and I was hooked. Was only planning on reading a few pages and then doing some other thing, but just kept on reading. I agree with other reviews, that this reminds me of the old Tales From the Crypt or Creepshow movies. Very well written by the author, and I would definitely read more from him. I would recommend this to anyone that likes suspense. So, dig around your couch or car cup holders for .99 cents and get this book!!
Read more
3 people found this helpful
Helpful
Report abuse

Jeffo
5.0 out of 5 stars Pleasantly surprised
Reviewed in the United States 🇺🇸 on February 28, 2013
Verified Purchase
My basic rule for determining if a story is good is asking myself, "should I read the next page or set it down and go do something else?" Well I can honestly say this kept me turning the pages. So much in fact that I finished reading it in one setting. The brothers personalities are well fleshed out and I had a great sense for how they were feeling, especially after they won the lottery. So much in fact, that I found myself annoyed at one of the brothers later in the story due to his attitude. Anyways, before this gets too long, "A winning ticket," is a solid buy for the money. Go ahead and spend that hard earned dollar.
Read more
6 people found this helpful
Helpful
Report abuse

Shirley
4.0 out of 5 stars Good short story
Reviewed in the United States 🇺🇸 on July 3, 2016
Verified Purchase
A fast read. I couldn't figure out where the plot was going and how the story would end that makes it a good read for me. It is well written and the snow storm worried me as to how the brothers would survive and come out of their financial predicament.
Read more
Helpful
Report abuse
See all reviews

Janet Stewart
1.0 out of 5 stars One Star
Reviewed in Canada 🇨🇦 on February 9, 2015
Verified Purchase
This is a book comprised almost totally of description....aaackk, quite at page 15.
Read more
Report abuse
See all reviews
Report an issue
Does this item contain inappropriate content?
Report
Do you believe that this item violates a copyright?
Report
Does this item contain quality or formatting issues?
Report