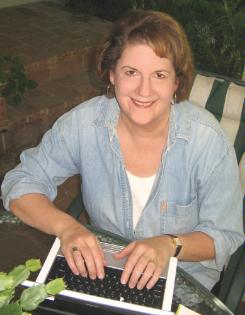 Winter According to Humphrey Paperback – October 3, 2013

Humphrey is on 24 state lists and counting!

The World According to Humphrey

North Carolina Battle of the Books

Betty G. Birney has won many awards for writing for television, including an Emmy, three Humanitas Prizes, and a Writers Guild of America Award, and she won the Christopher Award for Friendship According to Humphrey. In addition to the Humphrey series, she is the author of The Seven Wonders of Sassafrass Springs and The Princess and the Peabody's. She grew up in St. Louis, Missouri, where her parents grew up as neighbors on Humphrey Street. Her website, bettybirney.com, is full of fun Humphrey activities and information.

Start reading Winter According to Humphrey on your Kindle in under a minute.

4.8 out of 5 stars
4.8 out of 5
207 global ratings
How are ratings calculated?
To calculate the overall star rating and percentage breakdown by star, we don’t use a simple average. Instead, our system considers things like how recent a review is and if the reviewer bought the item on Amazon. It also analyzes reviews to verify trustworthiness.

Suzanne Jeffries-Fox
5.0 out of 5 stars My 8-year-old granddaughter loves this series.
Reviewed in the United States on August 26, 2020
Verified Purchase
I've given her all of the Humphrey books.
Read more
Helpful
Comment Report abuse

MegaVideoGamer1000
5.0 out of 5 stars One of the best series of books!!!
Reviewed in the United States on December 4, 2018
Verified Purchase
Always a winner with Humphrey books for all ages!!!
Read more
One person found this helpful
Helpful
Comment Report abuse

BeccaMomof4
5.0 out of 5 stars good books
Reviewed in the United States on December 30, 2015
Verified Purchase
My son read this series when he was 8, re-read them all at 9 and is going through them again at 10. He loves these books!
Read more
2 people found this helpful
Helpful
Comment Report abuse

SJC
5.0 out of 5 stars We love Humphrey!
Reviewed in the United States on June 26, 2013
Verified Purchase
We listen to Humphrey on audio, read the regular books, read the Tiny Tales, check the website, and follow him on Facebook! Humphrey is a wonderful series to read to 1st - 4th graders. Teaches so many lessons without being overly sappy. And he's cute and funny!
Read more
One person found this helpful
Helpful
Comment Report abuse
See all reviews

Leah Bartlett
1.0 out of 5 stars Same as Christmas according to Humphrey
Reviewed in the United Kingdom on June 20, 2020
Verified Purchase
Nothing wrong with the seller more the publisher of this book as this is the exact same as Christmas according to Humphrey. My little girl was so disappointed it’s just a different title. She has read the whole series and this was the final one and she has already read it and has it in her collection. Will be returning
Read more
Report abuse

Mr. Peter J. Harrison
1.0 out of 5 stars Buyer beware !!!!!!
Reviewed in the United Kingdom on January 9, 2014
Verified Purchase
I made the mistake of not reading all previous reviews. This book is exactly the same book as "Christmas according to Humphrey"
I bought both for my grandson for Christmas. what a let down. I will try and return it but that does`nt resolve the disappointment. Apparently the same applies to the `Holidays` and `Summer` books which are one of the same !!! Shame on you publishers.

SLA
1.0 out of 5 stars same book different title
Reviewed in the United Kingdom on May 13, 2013
Verified Purchase
Watch out so you don't do what i did and buy this book "Winter according to Humphrey" and "christmas according to Humphery"

they are both the same book just a different title. my son loves these book and was so excited at christmas thinking he was getting two new books about his favorite hamster only to find they were the same stories.

Page 1 of 1 Start overPage 1 of 1
This shopping feature will continue to load items when the Enter key is pressed. In order to navigate out of this carousel please use your heading shortcut key to navigate to the next or previous heading.
Back
Next
Pages with related products. See and discover other items: character education, winter children's books, hamster care, preschool winter books, puffin books