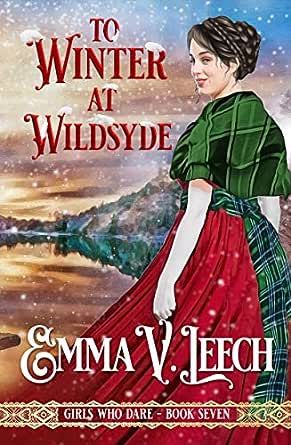 You've subscribed to Girls Who Dare! We will preorder your items within 24 hours of when they become available. When new books are released, we'll charge your default payment method for the lowest price available during the pre-order period.
Update your device or payment method, cancel individual pre-orders or your subscription at
Your Memberships & Subscriptions
There was an error. We were unable to process your subscription due to an error. Please refresh and try again. 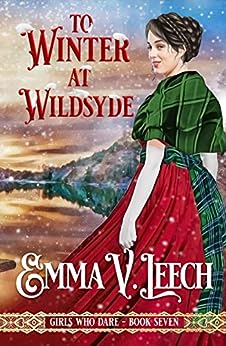 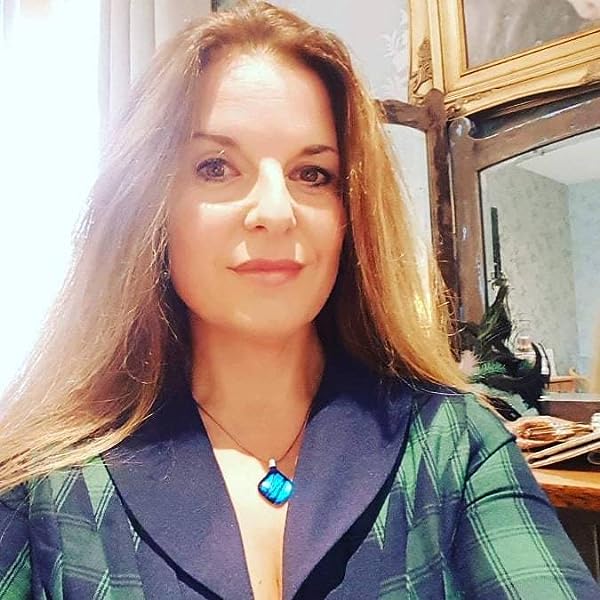 To Winter at Wildsyde (Girls Who Dare Book 7) Kindle Edition 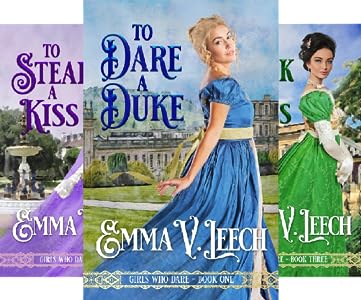 4.4 out of 5 stars
4.4 out of 5
49 customer ratings
How does Amazon calculate star ratings?
Amazon calculates a product’s star ratings based on a machine learned model instead of a raw data average. The model takes into account factors including the age of a rating, whether the ratings are from verified purchasers, and factors that establish reviewer trustworthiness.
Top Reviews

Élodie Nicoli
TOP 1000 REVIEWER
5.0 out of 5 stars She’s home!
Reviewed in the United States on February 7, 2020
Verified Purchase
What a woman seizes an opportunity for a new future, does she doom herself ...

I confess I never paid close attention to Ruth along the seven previous books, she was the host of many of the club meetings, with an extravagant home and an excessively verbal and gaudy father. So she surprised me when in the last book, she saved the day and rescued Bonny from her predicament.
And what a superwoman she is, never complaining, facing difficulties after difficulties, keeping her head held high and refusing to rely to hysteric deeds to make herself heard.
Despite her strength she has her uncertainties, and many, she has been overlooked all her life, seing herself as only a walking bank account, thus she offered herself as it. But when she wants to make herself a place in her new home, her efforts are thwarted by her bitter ruthless husband.
What a courageous woman she is, persistent and resolute. Whatever her husband has in mind, she won’t bow. It is war, one without army weapons, but with strategy.
She has two fronts to face, her husband and his home staff. For each she must adopt a different attitude. I rooted for her and her incredible resilience when many would have thrown in the towel. But she has chosen Wildsyde and its Laird, so be it.
Gordon, while I was heartbroken for the little boy he once was, the more the story moved toward its end, the more he saw him as a coward, using his past as a shield to hide from Ruth and the emotions she rose from him.
He ran away at the beginning of their marriage, leaving her alone in a new close to wild environment, not the deed of a strong man. Then he keeps hurting her with promises of sending her away when she repeats again and again she won’t leave.
He was lucky Ruth to be Ruth, as she never retreats, she might have her breaking moments but she is no one to give up.
5 stars for an incredible portrait of a strong and resilient woman.

Even if they are far away, we continue to have news from the other girls. My heart breaks for Jemima and the choices she has to make, I laugh with Minerva, but I am afraid for Matilda as I fear to see her too lust driven when I wants her to show the Marquess he does not own nor control her, he must be the one to fall not the opposite.
Read more
13 people found this helpful
Helpful
Comment Report abuse

Clarie
VINE VOICE
4.0 out of 5 stars Good read
Reviewed in the United States on February 7, 2020
Verified Purchase
I enjoyed reading about Ruth and Gordy. You get to read about two complex characters. Ruth proposes to the brutish Scotsman and once their married he is turning her away at every turn. So Ruth is not deter so easily and fight for why they have and she clearly sees. Gordy having a terrible childhood does give his heart away easily. In the end love prevails though Ruth did not make it easy. I was firmly in Ruth’s corner. Although as I’ve said some of things described in this book cannot be described as regency dialogue but nevertheless I enjoyed this book. Though if I was Ruth I would have given him more he’ll.
Read more
7 people found this helpful
Helpful
Comment Report abuse

Kindle Customer
5.0 out of 5 stars Omg!! I loved it!
Reviewed in the United States on February 8, 2020
Verified Purchase
I absolutely love Ruth. Her strength and determination to take her future into her own hands my favorite character by far. I love this book. Would recommend it to anyone in need of a tortured hero, strong heroine, and love. Can't wait for Miss Hunts story though practically going outta my mind with impatience.
Read more
6 people found this helpful
Helpful
Comment Report abuse

NavyWave62
TOP 1000 REVIEWER
5.0 out of 5 stars 4.5 STARS - ENGAGING CHARACTER'S
Reviewed in the United States on August 1, 2020
Verified Purchase
I've only read book 1 of the series over 14 months ago and don't remember it. This being book 7 I must admit when the secondary character's were introduced and some of their stories told, I was lost. It was like coming in the middle of a story. I decided not to deduct for the secondary character's because I enjoyed the story of the H/h. Even though I think the author should include their meeting and her proposal.

The last few stories I've read by other author's this week have been somewhat lacking in character for the H. I read 1 to 1.5 books a day (love retirement) and some of the stories have the H weak and not a true hero. This author gave me exactly what I needed in a story. A strong, but somewhat flawed hero who was trying to protect his heart by not falling in love. He had an awful childhood and didn't want to get attached to his wife. But, he was still a great character. You understood the way he acted.

The h has to be one of the best h's I've read in weeks. She is smart, capable, knows how to handle any situation and especially what the H needs. I enjoyed their fights and banter and exchange of wits with each other. I laughed at what the h did to the H's study. PRICELESS!

There is lovemaking, within marriage, heat level 4.5 out of 5 described several times. I felt a connection to them so for me it was filled with passion, but others may find it too descriptive.

No cheating, no cliffhanger for our couple, but the stories of the other friends will be unknown, HEA was not an easy road to reach, romance and steam. (ljb)
Read more
Helpful
Comment Report abuse

Carole
5.0 out of 5 stars Very enjoyable read.
Reviewed in the United States on August 3, 2020
Verified Purchase
Emma Leech has a way with words that make you want to find out what happens next. Her ability to incorporate snippets of other books without being intrusive to the storyline, wets the appetite for the following volumes. Her description of the Hero's Scot accent was very believable and the reasons for his brusqueness explained early in the book. The Heroine was feisty and the two worked well together. Definitely recommended. Ps. There are some sex scenes.
Read more
Helpful
Comment Report abuse

Shadow Flower
5.0 out of 5 stars Quite entertaining!
Reviewed in the United States on August 1, 2020
Verified Purchase
This had me chuckling at the first chapter and laughing out loud throughout. It's a thoroughly enjoyable tale and the interaction between the characters is great fun. Some of the, um, "intimate" details were a bit more specific than I prefer, but there wasn't too much of it.
Read more
Helpful
Comment Report abuse

Mary J. Aigner
5.0 out of 5 stars Excellent
Reviewed in the United States on August 1, 2020
Verified Purchase
This was one of those books I hated to out down to go to bed and thought of resuming when doing chores around reading it. I plan to go back and read at least the first in the series ...
Maybe all of them, if it’s as good as this one. If I could, I’d give it 6 stars.
Read more
Helpful
Comment Report abuse
See all reviews from the United States

Kindle Customer
5.0 out of 5 stars Another belter!!!
Reviewed in the United Kingdom on February 8, 2020
Verified Purchase
This series is honestly my favourite of any author to date and I can't wait until the next instalment in March 2020.......... I love Ruth, her temper and her no nonsense attitude and the fact that she doesn't let Gordy off with any nonsense. Gordy has had a rough time but she persevered to win his trust and love. Also love the way all the books tie to other stories and loved that we get a bit more info on Jemima.
Read more
One person found this helpful
Helpful
Sending feedback...
Thank you for your feedback.
Sorry, we failed to record your vote. Please try again
Report abuse