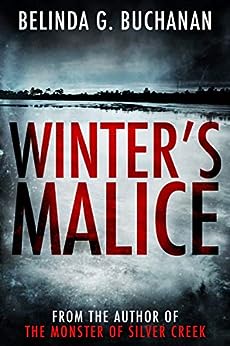 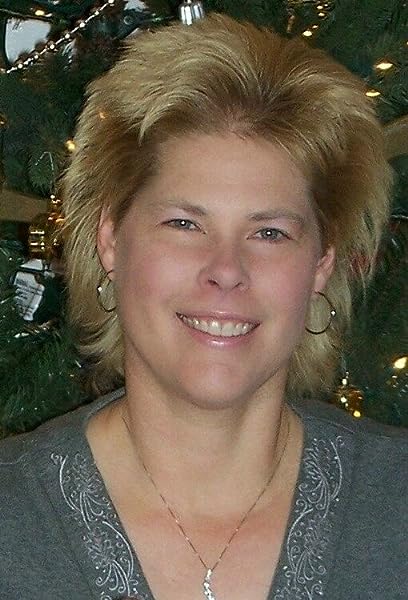 by Belinda G. Buchanan (Author) Format: Kindle Edition
See all formats and editions
Sorry, there was a problem loading this page. Try again.

Three bodies in the span of twenty-four hours...

It's the dead of winter, and in Weeping Rock, South Dakota—a small town crippled by racism, drugs, and violence—Sheriff’s Deputy Liam Matthews has his work cut out for him when he steps in to take over the duties of sheriff from his father, who for far too long has turned a blind eye to certain crimes for what he says is the overall good of the town.

Coming under scrutiny for hiring a Lakota to fill his position as deputy, things quickly go from bad to worse for Liam when the body of retired pro-baseball player Hector Ramirez, who had recently returned home to coach ball at his high school alma mater, is found floating in Crow’s Foot Lake. Hector’s bludgeoned corpse is no sooner on its way to the M.E.’s office in Rapid City, however, when the partially clothed body of a young girl is discovered in a clearing in the snow.

With two seemingly unrelated murders, Liam is judged at every turn of his investigation by the local population, Hector’s reality TV star wife Kiki Grey, and his own father. Upon uncovering a tangled web of desperation, lies, and greed, the mounting pressure inside Liam to do the right thing becomes jaded when the skeletal remains of a third victim is found in a submerged car, bringing to the forefront a long-buried secret of his own—and threatening his already troubled marriage to his wife—as his past and present collide.

Belinda G. Buchanan was born and raised in the beautiful bluegrass state of Kentucky.

She is an author of edgy, women's fiction and crime thriller novels. She creates stories that deal with very personal and social issues. Her women are not weak, yet her men are not always strong. Flawed characters make the best characters because even heroes have a chink in their armor. It's what makes them human - and she finds that fascinating.

When not plotting different ways to torture her characters, Belinda enjoys spending time with her family that includes her husband, two sons (one who loves her unconditionally and one who loves her only when not in public), and a small army of rescued cats.

I am an author of edgy, women's fiction &amp; mystery.

My stories are filled with angst, intimacy, despair, and hope. If you like these things, and don't mind a few racy scenes or a sprinkling of profanity here and there, then my books are for you.

I have written five novels to date: "After All Is Said And Done", "The Monster of Silver Creek", "Seasons of Darkness", "Tragedy at Silver Creek" and "Winter's Malice".

Be sure and click on the video trailers to get a sneak peek of what I'm talking about. ----&gt;

I love to chat almost as much as I like to write, so come visit me on Facebook at www.facebook.com/Belinda.G.Buchanan.author

or hop on over to my website at (https://belindagbuchanan.com)

Lee T
5.0 out of 5 stars Winter’s Malice: A Black Hills Mystery
Reviewed in the United States 🇺🇸 on September 25, 2022
Verified Purchase
As much as I love mysteries, I enjoyed this book also because of the feeling of real life characters and daily life described by the author but not in such a manner that was boring.

The mystery part was just that and the surprise ending as well!!
Read more
Helpful
Report abuse

Kerry L. Reis
4.0 out of 5 stars A Complex Character Small Town Drama Within a Police Procedural Mystery
Reviewed in the United States 🇺🇸 on February 12, 2022
Verified Purchase
Liam Matthews, having just taken up the job of sheriff for the small town of Weeping Rock in South Dakota, a job his father held until an accident disabled him, finds himself suddenly dealing with three deaths, the body of a famous ex-professional baseball player found in the waters of an icy lake, a car with another body inside nearby in the same icy lake, and the body of a teenage girl found in nearby small clearing. The investigation of the three cases that may or may not be related involves a lot of time for him and his detectives, time that interferes with his tenuous relationship with his wife and his father, who is living with them while demanding that he be involved in helping with the cases and denigrating his son’s running of the his former position in the town. For impatient avid mystery fans, the story will mainly be somewhat disappointing, as the majority of the tale becomes more based on the tough relationships, marital, family, medical, and official, between multiple characters, putting the police procedural investigation and mystery revelations into a minor backseat. However, readers who are more enticed by a base drama built upon character complexity will be more engrossed in the in-depth writing of the multiple plots within the small rural town.
Read more
One person found this helpful
Helpful
Report abuse

Elle Limpkin
4.0 out of 5 stars "Real" characters
Reviewed in the United States 🇺🇸 on February 16, 2020
Verified Purchase
This is a character-driven story, with little attention paid to the murders and the other issues. If you like novels where you follow the characters around while they deal with their (realistic) life problems, chances are you’ll like this book.

But if you’re looking for a story centered on crime-solving (as I am), you may be disappointed. There are enough crimes, but they’re not the focus of the book, and their resolution is not as intriguing as I hoped.

Liam Mathews is a great character, and I rooted for him the entire time. As far as I’m concerned, he’s by far the best “thing” in the book. But don’t imagine he’s some perfect guy (although the physical description is a bit cliche). He has flaws, but he also has qualities that match them.

The ending was satisfying, the book finishing in a way that gave me closure. There was a particular suspense moment at the end that was nicely executed. (less)
Read more
3 people found this helpful
Helpful
Report abuse

Mary Schmidt
5.0 out of 5 stars Terrific suspense and more
Reviewed in the United States 🇺🇸 on January 13, 2022
Verified Purchase
This well written story tears at your heart in many ways. Some blood, not much, not a gore story. It is a truly great book with stories that entwine and when you think you have the perpetrator figured out, think again. I do think is the best story I've read in this genre. Five stars.
Read more
Helpful
Report abuse

sue c. Washburn
5.0 out of 5 stars Page turner
Reviewed in the United States 🇺🇸 on January 11, 2020
Verified Purchase
Great mystery. Holds ur interest. Belinda is fast becoming a very popular writer.
Read more
One person found this helpful
Helpful
Report abuse
See all reviews
Report an issue
Does this item contain inappropriate content?
Report
Do you believe that this item violates a copyright?
Report
Does this item contain quality or formatting issues?
Report