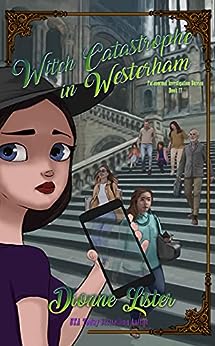 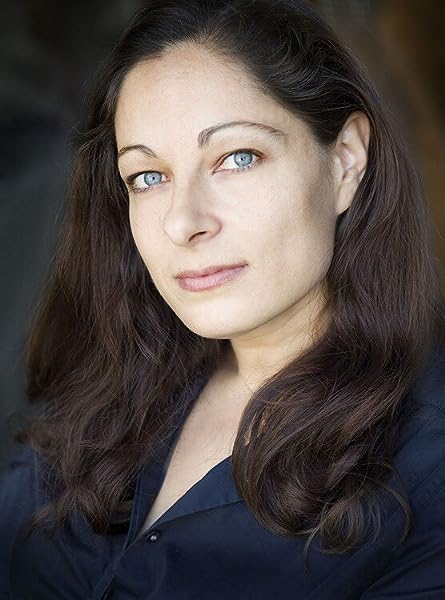 by Dionne Lister (Author) Format: Kindle Edition
Book 17 of 20: Paranormal Investigation Bureau Cozy Mystery
See all formats and editions
Sorry, there was a problem loading this page. Try again.
When one of Lily’s witchy talents reveals that a horrific catastrophe is coming, the PIB have no idea what, how, and when. Can they unravel the mystery before scores of people are killed?

On a trip to the Natural History Museum in London with Lavender and Sarah, Lily decides to take some photos to remember her day, unfortunately, she sees more than she ever wanted. Many people in the museum are see through, indicating they're going to die. Lily and her friends change to detective mode immediately because whatever tragedy is going to unfold will kill scores of innocent people.

After a lengthy investigation, they narrow things down, but when the time comes to avert disaster, the unthinkable happens, and their suspect escapes with help from a surprising quarter.

As well as the disaster, Angelica and the team have Chadiot to deal with, and the directors, who have just upped the stakes. With a frenzy of danger hurtling towards them, can Lily, Angelica, and the team solve the crime and keep the bureau from going under, or will all their efforts be in vain?
Read more
Previous page
Next page

USA Today bestselling author (November 2017), Dionne Lister is a Sydneysider with a degree in creative writing and two Siamese cats. Daydreaming has always been her passion, so writing was a natural progression from staring out the window in primary school, and being an author was a dream she held since childhood.

Unfortunately, writing was only a hobby while Dionne worked as a property valuer in Sydney, until her mid-thirties when she returned to study and completed her creative writing degree. Since then, she has indulged her passion for writing while raising two children with her husband. Her books have attracted praise from Apple Books and have reached #1 on Amazon, Barnes & Noble and Apple Books charts worldwide, frequently occupying top 100 lists in fantasy and mystery.

Dionne previously worked as an editor, has published a YA epic fantasy series called The Circle of Talia, and is currently writing The Rose of Nerine fantasy series and the Paranormal Investigation Bureau cozy mystery series. Shadows of the Realm has been translated into Spanish and Italian, and is available at all ebook stores, and Witchnapped in Westerham has been translated into German. You can find Dionne on her website www.dionnelisterwriter.com and other social media.

Reality tourist
4.0 out of 5 stars the series continues !
Reviewed in the United States 🇺🇸 on May 27, 2022
Verified Purchase
The witches continue to fight the evil in Westerham. as do the relationships between the core group of characters.
the central character is still a bit flighty in her magic usage. but it is a fun series of magic, danger and mayhem modern england!
Read more
Helpful
Report abuse

Pam
5.0 out of 5 stars Revenge, PIB Director Danger, Combined Forces
Reviewed in the United States 🇺🇸 on July 23, 2021
Verified Purchase
Thank heavens for Lily's talent, sort of. On a day out, she discovers the possible demise of multiple innocents. Angelica and her team investigate to find a much more complex scheme to come. At least they still have control of Chad (for now). Lily's mind always jumps to her beloved squirrels, but not at the wrong time. The team; Angelica, Will, James, Imani, Beren; must depend on Lily's power to save them. Lily truly does not understand the power she has, but Angelica does. No one is more capable than Angelica when it comes to tutoring Lily through what she must do (how does she keep so calm?); but will it be enough this time or will we lose loved ones? In reading this series, I have grown to understand Angelica much better and you can just see Lily growing in her confidence. (Except those squirrel moments.) I think, too, that there's more to see with Lily and James' mum. Let's keep reading and find out.
Read more
One person found this helpful
Helpful
Report abuse

Steve McSheffrey
5.0 out of 5 stars Back To Form
Reviewed in the United States 🇺🇸 on January 26, 2022
Verified Purchase
This series does best when faced with a conspiracy as it balances out the loony MC and that's what we get here. We also get the most worrying disaster looming for most of the book. Ms. Lister really conveys how big a problem this is. I can't wait for the next book!
Read more
One person found this helpful
Helpful
Report abuse

ReillysMom
5.0 out of 5 stars Another Winner!
Reviewed in the United States 🇺🇸 on October 31, 2021
Verified Purchase
I could not put this book down! In every one of the Westerham stories when I think I know what is going to happen, I'm wrong! The twists and turns of the plot, coupled with Lily's wandering thoughts, keep me reading long after I should be doing something else! This 'episode' is a worthy addition to all the previous volumes of Lily's adventures. Can hardly wait for the next misadventure to come along!
Read more
One person found this helpful
Helpful
Report abuse

Lady E
5.0 out of 5 stars Really Liked This Series
Reviewed in the United States 🇺🇸 on September 20, 2021
Verified Purchase
I’m kind of sad that I reached the end of the available books. Saying goodbye to protagonist Lily and the rest of the characters is like going back to work after a vacation. The books were enjoyable and well paced and Lily is a quirky relatable heroine. It’s a fun Halloween vibe but I’ll be re-reading the series through other holidays too!
Read more
One person found this helpful
Helpful
Report abuse

Lisa-Anne W
5.0 out of 5 stars Excellent read - Lily's back and even better!
Reviewed in the United States 🇺🇸 on July 19, 2021
Verified Purchase
This one kept me up all night turning pages. I love the PIB stories and it seems each one is better than the last. I have to admit laughing outloud at a couple of Lily's not-so-nice antics! She's fun and funny, warm and endearing. Using both her wits and her power, she always does her best to keep safe those she loves. Totally recommend!
Read more
2 people found this helpful
Helpful
Report abuse

Virginia Reader
5.0 out of 5 stars Lister continues to be creative
Reviewed in the United States 🇺🇸 on July 22, 2021
Verified Purchase
Another good book in the Westham witches series. The plot of this book is a little thinner than in many of the prior books in this series, but Lister continues to tell a good story and to be creative in finding new powers for Lily and nasty powers for the bad guys. The last conspiracy of bad guys was solved but the conspiracy of Chad and the Directors has a lot of similarities and is a bit old. That all of the Directors would fall in with the mob strains credulity a bit but makes for a more anxious plot line for the reader. I still rated this novel highly but would like to see a better story next time.
Read more
Helpful
Report abuse
See all reviews

Amazon Customer
5.0 out of 5 stars Excellent read.
Reviewed in the United Kingdom 🇬🇧 on August 7, 2021
Verified Purchase
Like all the. other books in this series, they are excellent.I could not put this or any of the books down until I had finished reading them. If you want to escape from reality for a while and have a laugh at the antics of Lily then these books are for you.
Read more
Report abuse

Amazon Customer
5.0 out of 5 stars Action
Reviewed in the United Kingdom 🇬🇧 on August 9, 2021
Verified Purchase
Wow talk about action, This one had me holding my breath thank goodness for Lily and her squirrel obsession to keep a little fun going. Finished on a cliff hanger and it will be long wait for the outcome. Let's hope they all survive to fight another day.
Read more
Report abuse

Kindle Customer
5.0 out of 5 stars Excellent
Reviewed in the United Kingdom 🇬🇧 on January 22, 2022
Verified Purchase
Yet another interesting, enjoyable and entertaining read from this awesome author. I love the characters, plots and incredible humour. Excellent!!!!
Read more
Report abuse

Suzi
5.0 out of 5 stars Couldn’t put it down!!
Reviewed in the United Kingdom 🇬🇧 on September 22, 2021
Verified Purchase
Wow!! I’m not sure I like this rollercoaster we are riding with Lily and the PIB!! But I can’t get off!! And I’m going to have to find some squirrels to help me wait for the next book!!! Amazing story, the fast pace had my heart racing all the way through.
Read more
Report abuse

Kindle Customer
5.0 out of 5 stars 10\10
Reviewed in the United Kingdom 🇬🇧 on August 3, 2021
Verified Purchase
Love these books. Tension, drama, comic moments, believable characters. Pure escapism. Leave you with wanting more. Highly recommend. Can't wait for the next book.
Read more
Report abuse
See all reviews
Report an issue
Does this item contain inappropriate content?
Report
Do you believe that this item violates a copyright?
Report
Does this item contain quality or formatting issues?
Report