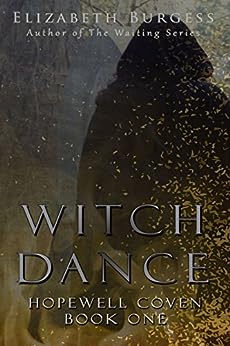 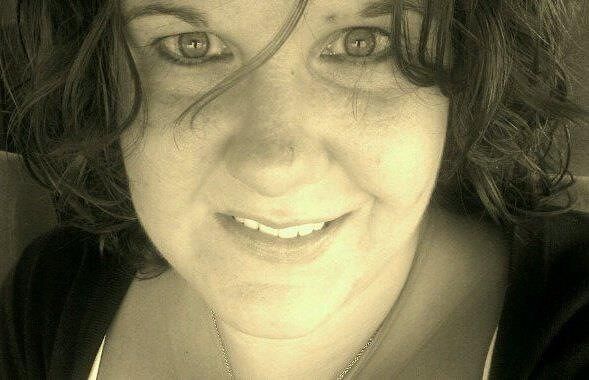 Shirley Morrow
5.0 out of 5 stars A must read
Reviewed in the United States on March 24, 2018
Verified Purchase
This was a fast paced story with a really good plot. I loved the characters that Ms. Burgess created and the names that she used for each one, particularly Morganza who happens to be one awesome witch and grandma. But is she a “good witch or a bad witch?” I really loved this book and am looking forward to spending some time in the future with these witches.
Read more
Helpful
Report abuse

m
5.0 out of 5 stars A must read!
Reviewed in the United States on April 26, 2016
Verified Purchase
This book is one of my absolute favorites.

I really enjoyed all of the characters and their complexities.

I read A LOT especially fictional books but this one was different, it keeps you drawn in and invested in the story.

Startling Hopewell is a new fan favorite, I love her!

Let's all give a big hoorah for the underdogs.
Read more
2 people found this helpful
Helpful
Report abuse

Damian Southam
5.0 out of 5 stars Without necessarily knowing why, you do know you're learning something important, just as the best stories often do.
Reviewed in the United States on October 21, 2016
Whilst kicking off with connotations of a proverbial witch burning at the stake, Witch Dance quickly jumps back to a month prior to the diabolic opening events of the prologue. Young Starling, once reaching the age of sixteen, is due to negotiate her elemental trials (Elementals). Born to a relic of the past she'll have four weeks to learn to call and control the elementary forces of earth, air, fire, and water. An age old trial of acceptance Starling must prove her abilities at a ritual taking place at the cessation of her training. Four weeks, four elements, one per week she must show The Imperial One, her grandmother, that her tainted half-ling blood has not ruined her ability to function within the Hopewell Coven. Only in prejudice though is Starling seen as anything but an unchartered gift. Never before has there been a child of power, one half celtic witch and one half native Apacik Indian. One half noble power and one half earth protector, her heritage to those with enlightened hearts and eyes is seen as a gift from the God and Goddess they truly revere.

Previously ruled by love and all things of the light, Morganza was irrevocably changed by her husband's (Rossif) presumed death. In Rossif's absence Morganza has become an embittered autocrat seeking recognition in the ways of false divinities. The secrecy of their power and elements, once guarded and hidden from plain sight, is now used to manipulate those without the gift. In Morganza, recognition and affection are now reserved for only those who show proper reverence, such as her eldest daughter Seraphine and her husband Drake. Earmarked to take over because they bow and bend to Morganza's thirsts, Hopewell Coven could go to them. If successful it will establish a further generation of rulers that will have lost their way.

Distracted by her musings over her crush Harlan, and her bicultural heritage and the unknown choices it brings, Starling's training is presumed to fail. If so this will be seen as proof that Morganza's opinions of impurities will be correct. She would happily see her granddaughter and parents forever banished from the ranks. Starling is due to be trained by her aunts and mother, each proficient in one element more than the rest. Little is known of Starling's abilities as she's only initiated into the circle just before her training begins. Unknown completely is an already active ability she hasn't dared to reveal it to anybody. A guiding voice in her head cautions her not to reveal herself, Starling has the vision that allows her to see darkness touching those around her. Starling will soon learn she's a child of prophecy and with her gift she knows the troubles that have racked the covens stems from her missing grandfather's brother.

Eamon makes himself what ever he needs to be in order to get the things he wants. All he covets was once his brother's. Sixteen years of acting are about to pay off. The seed of doubt was cast over the impurity of Starling's birth. The ancient book of shadows of The Cailleach enlists magic to remove all that wasn't his through a new soul bonding with Morganza. By tying himself to Morganza Eamon can swiftly abolish all that was his brother's and replace it with his own. To succeed he knows he must destroy the Hopewell Coven and Starling in particular. Whatever stood in front of the things he wants has been killed or removed. Now, after years of influencing and contaminating he seeks to use what was once seen as a divine addition to The Cailleach.

Coming of age, coming into one's destiny, and coming to the conclusions of what must be done are integral themes. This is an enjoyable and entertaining story of a girl born of two worlds, united within one vessel to make them both stronger. Starling must needs stop the corruption and darkness that has whittled it's way to the heart of an ancient past bathed in noble blood. A New Breed and the starting path of a warrior of the light, Starling is gifted with the perception necessary to first and foremost recognise her foe. Coupled with the elements of grief, ambition, and covetness Witch Dance shows that the ways to darkness are not always paved with greed, power, and malice.

It is prevalent too that prejudice is the devil's pitchfork from whence attitudes can be manipulated to conform with those that allow people to partake of hurts against those they discriminate without the rightful accompanying guilt. Few if any characters aren't completing their destined paths. Just as destiny can lead to preordained roads to goodness, so too can they lead to darkness. Balance is the essential harmony which keeps the wheels turning, if too much of either opposing force is expressed then the harmony of centrifugal motion becomes skewed to whichever force is responsible. If allowed to continue unchecked then the spinning wheel gains a buckle that inevitably stops it from spinning altogether.

For The Cailleach there's been a buckle developing for at least the past sixteen years. If successful young Starling will be the counterweight to get it back in harmonious motion. Filled with intrigue the plights of characters within captivate your interest and before you can quite fully grasp why, you're finishing the book knowing you'll need more. All the best experiences happen too quickly and leave you wanting more: not to suggest there's anything missing though. Applicable to a great many ages and genres, Witch Dance is an outstanding read. Without necessarily knowing why, you do know you're learning something important, just as the best stories often do.
Read more
Helpful
Report abuse

Sarah M. Cradit
5.0 out of 5 stars Refreshing Take on YA and Witches
Reviewed in the United States on May 11, 2016
I have to say, I generally gravitate away from YA because I like heavier stories, but after reading Witch Dance by Elizabeth Burgess, I'm rethinking that mindset. This tale easily appeals to all readers, young and old. Where you'll find some common paranormal themes- the "chosen one," an impossible trial- Burgess takes these and turns them on their head, weaving a creative, original narrative with exceptionally clear and vivid characters. While Starling is the standout protagonist, you'll find yourself invested in all the supporting cast as well, and holding your breath through certain scenes. The book has a clear voice and purpose, and if you think you know how things will end up, you're wrong. Finally, Burgess treats the Native American culture with both sensitivity, and more clearly, love, integrating a tribe of her own creation. Her research and knowledge of the area shows through, and pulls the reader into the story at a deeper level. This is an author to watch, and a series to follow. Can't wait for the second installment.
Read more
One person found this helpful
Helpful
Report abuse

Kourtni R.
4.0 out of 5 stars Interesting Read
Reviewed in the United States on April 25, 2016
For a more in-depth review and more book-related posts, visit my blog at [...].

I received an eARC from the author in exchange for an honest review.

While I enjoyed the plot, it may bother some that it's not incredibly original. It follows the pretty common YA fantasy plot of "oh, I'm the Chosen one at the center of this prophecy - better get to work." Again, I enjoyed it but felt it was worth pointing out for you all.

Second, the romance between Starling and her love interest seemed to blossom pretty quickly and also seemed to be too intense to be believable at times. There were a few lines that literally had my rolling my eyes.

Thirdly (and lastly for negatives), while I am wholly unqualified to make any observations on representation of Native Americans (as I could not be much whiter than I am), I thought it was kind of weird for Starling to be portrayed as "half-Apacik, half-witch" as it made Native Americans seem fictional like witches. Other than this I didn't notice any glaring representation issues, but again, I'm not qualified to make these kinds of observations and would be interested to see what Native readers think.

Now for the positives:

I loved seeing Starling draw strength from her Apacik side of the family despite many of the witches trying to make her feel as though she is "less than" because of it. She was bold and assertive when it came to defending her Apacik heritage. I also liked seeing her excel at her Elementals (tests of her magic) despite many people doubting her.

The pacing was good. The beginning is a bit slow, but pretty quickly picks up and then is difficult to put down. There's a good balance between action and slower scenes that help you get to know the characters and their relationships with each other.

Finally, Burgess added a bunch of fun/interesting/helpful things to the end of the book like glossaries of Apacik and Celtic words used in the book, a character guide, etc. I haven't looked too much at it but plan on going back to read through it. (This would definitely be more helpful if you had a physical rather than eBook copy.)

This was a fun and interesting read and if you enjoy paranormal/fantasy or just like suspicious characters, I'd recommend you check it out.
Read more
One person found this helpful
Helpful
Report abuse
See all reviews
Back to top
Get to Know Us
Make Money with Us
Amazon Payment Products
Let Us Help You
EnglishChoose a language for shopping. United StatesChoose a country/region for shopping.
© 1996-2021, Amazon.com, Inc. or its affiliates