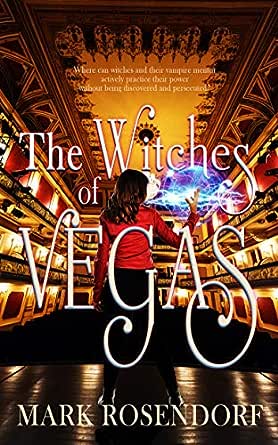 You've subscribed to The Witches of Vegas! We will preorder your items within 24 hours of when they become available. When new books are released, we'll charge your default payment method for the lowest price available during the pre-order period.
Update your device or payment method, cancel individual pre-orders or your subscription at
Your Memberships & Subscriptions
There was an error. We were unable to process your subscription due to an error. Please refresh and try again. 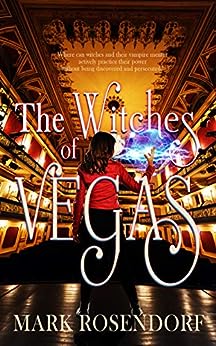 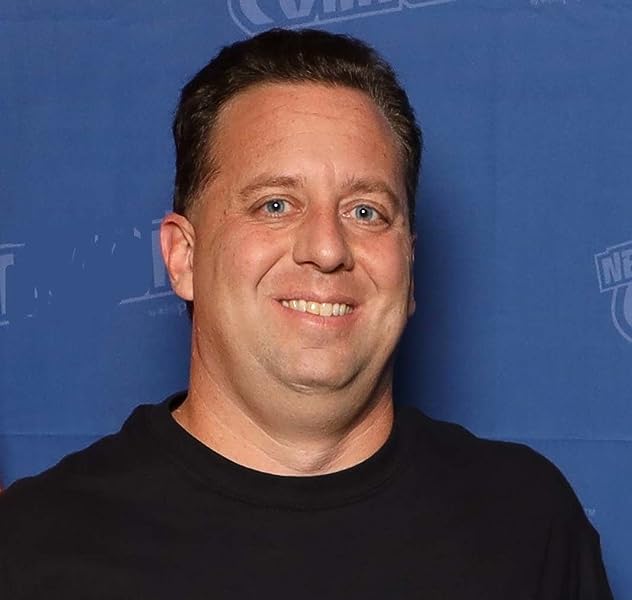 The Witches of Vegas Kindle Edition 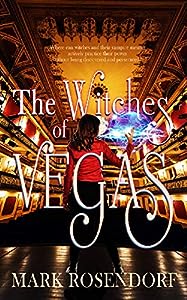 Reads-A-Lot
4.0 out of 5 stars A good read!
Reviewed in the United States on August 10, 2020
Verified Purchase
Isis Rivera was a foster child chased away for being “the devil.” Sebastian finds her, saving her, and takes her to “the others.” She joins The Witches of Vegas, a group that puts on a great show with real magic, making them the #1 show in Vegas.

Zack is a 15-year old from a rival magic act. His uncle was once the greatest magician back in the day and now he was struggling to keep his act together. With The Witches of Vegas selling out nightly, it was leaving him broke. A snide reporter rolls into town looking to expose The Witches of Vegas, and Zack is to be a pawn in the grand scheme of things. He starts by befriending Isis in order to find out their secrets. Turns out that Zack really liked Isis and didn’t want to hurt her.

Meanwhile, a dangerous and rogue vampire was roaming the streets and must be stopped. The interesting part was the witches’ show was not just for entertainment; it was a training ground to practice their craft for when the threat comes.

The witches’ final show would be the greatest yet.

I liked the premise and how magic was weaved throughout the whole story.

avanti
5.0 out of 5 stars Gothic Las Vegas
Reviewed in the United States on December 28, 2020
Verified Purchase
I ordered the "Witches of Vegas", initially because the title grabbed me. As a child I remember watching the television show, "Bewitched." The character of Samantha and her mother Endora intrigued me as they related to the mortal world in which the average person lives. The story, "The Witches of Vegas" satisfied my curiosity in that the witch characters do directly intermingle with the average human being, by highlighting their witchcraft through the guise of a magic show. The author describes each magic trick quite visually. During her stage debut, Isis the main character appears to fly through a hoop, then takes a nosedive towards the audience. I was able to "see" the tricks happen before my eyes. Many of the magic shows throughout the novel were described succinctly and energetically. Zach, a mortal magician , later becomes part of the witches life. He learns to respect and believe in what appears to the average person as unbelievable, that witches and vampires can really exist. In reality there are people of all races, nationalities ,sexual orientations and religions that we know little or nothing about. When encountering those outside our natural experiences, we make choices either to accept or reject that person. In a much more extreme case the witches accept Zach and vice versa. It takes time for both parties to feel comfortable, but nonetheless the transformation solidifies over time. This subtext drew me further into the characters and the plot. I recommend this story for those looking for character growth as well as unexpected twists and turns in the story line.
Read more
Helpful
Report abuse

Carly-Rae London
5.0 out of 5 stars Love the characters, plot, and best of all the magic
Reviewed in the United States on August 18, 2020
Verified Purchase
I cannot say how much I loved this novel. It was such a great read with great characters and concept. I love the magician edge to this story tying in the fantasy of it. This is definitely one of my favorite indie novels to date.
Read more
One person found this helpful
Helpful
Report abuse

Nancy Allen (The Avid Reader)
VINE VOICE
5.0 out of 5 stars What does Witches, Vampires and Vegas have in come? READ IT! Fun!
Reviewed in the United States on December 2, 2020
Imagine being nine-years-old and strange things start to happen all around you and you have no idea what is going and you look around trying to figure out what is happening and you start to notice everyone looking at you like you are the devil or something and it frightens you to the core of your being.

You soon realize that the strange things that are happening are you, that you caused all those things to happen but you have no idea how or why. Now everyone is looking at you like they want to burn you alive like they did to those people in Salem in 1692. Well, this is just how I imagined Isis Rivera felt as it was happening to her.

Fast forward about six years, Isis is fifteen-years-old now and living with her adoptive family in Las Vegas. Isis was adopted by a coven of witches after that horrible time in her life and she has been living in Vegas ever since.

This coven of witches performs magic on the stages of Vegas. They use and practice their magic right out in the open in front of a crowd of humans. Isis has been taught by the coven to hide what she is, a witch. And what better way to stay hidden? By performing out in the open under the disguise of being a magician.

The witches have been warned by their vampire mentor that something big was coming and they must prepare for it by practicing their magic as much as possible. What is coming he has not deemed it important enough to tell them.

Then we meet Zack Galloway the teenage nephew of the last magician in Vegas. Zack’s uncle is teaching him all the tricks and trades of being a magician so that one day he will hopefully be as famous as Houdini himself.

One day Zack is sent to spy on the witches to learn all their secrets and find out as much as he can about them. When Zack meets Isis there is an instant attraction between the two.

Isis gets permission from her parents to attend one of Zack’s performance but when she doesn’t return home her family begins to worry about her as Isis has always been one to stay close to home as that is what she has been taught as it can be dangerous out in the world for a witch.

Isis has been taken by a four-hundred-year-old vampire. After Zack’s show, they go backstage to visit for a while and run into the vampire. The vampire throws Zack and his uncle out the door and won’t let them back in. Afraid for Isis’ life Zack runs to the witches to get their help to rescue Isis. Zack and Isis’s family must overcome their differences if they are to save Isis. Can they be friends long enough to save Isis? Or will the world as they know it is destroyed?

The Witches of Vegas was a fun little read. I love the concept of witches in Vegas and performing magic right in the open for everyone to see and no one knowing it is real.

I love stories about witches especially the Salem1692 witches. So with saying that I can’t wait for the next book in The Witches of Vegas series, Journey to New Salem. What will it be about? Will our two young friends Isis and Zack take a journey? What is this New Salem? Will Zack and Isis be back or will we be introduced to a whole new set of characters. Oh, I can’t wait.