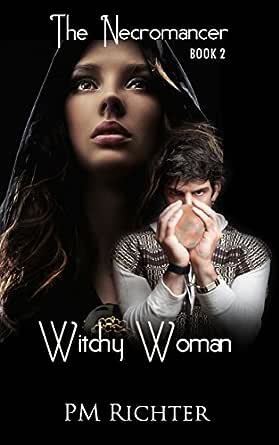 You've subscribed to The Necromancer! We will preorder your items within 24 hours of when they become available. When new books are released, we'll charge your default payment method for the lowest price available during the pre-order period.
Update your device or payment method, cancel individual pre-orders or your subscription at
Your Memberships & Subscriptions
There was an error. We were unable to process your subscription due to an error. Please refresh and try again. 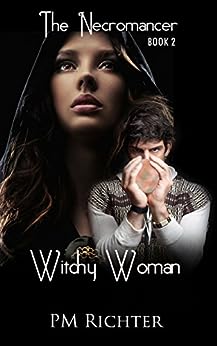 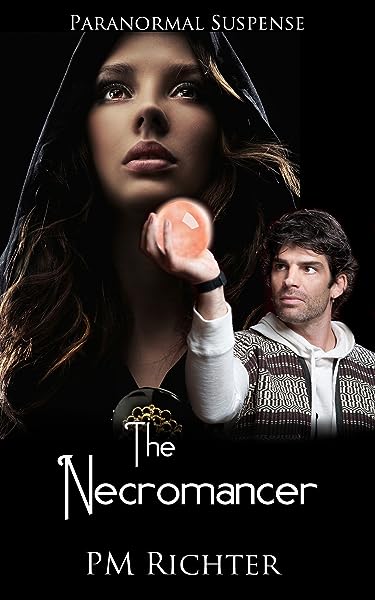 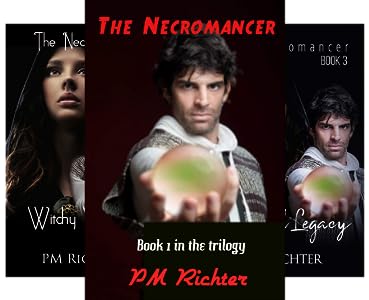 Jeanne Richardson
3.0 out of 5 stars Ended Up Pretty Good
Reviewed in the United States on August 9, 2017
Verified Purchase
I voluntarily read an advance reader copy of this book.

This is the 1st book I’ve read written by Pamela Richter.

It took me quite a while to get into this book but the story line got better as I went along and ended up being pretty good.
Read more
Helpful
Comment Report abuse

GrandPuppy
5.0 out of 5 stars Enjoyed
Reviewed in the United States on September 21, 2016
Verified Purchase
I really enjoyed reading this book. I love Pamela's writing style, her books are always easy to read and hard to put down. The characters are believable even though the paranormal events are fiction.
Read more
One person found this helpful
Helpful
Comment Report abuse

C.William Willey
5.0 out of 5 stars ca n't put. It into words!
Reviewed in the United States on April 10, 2016
Verified Purchase
,The incite to the dhupernatkural is unbelievable.. I. couldn'tuy the story foen until I. had finished it. I was spellbound!
Read more
2 people found this helpful
Helpful
Comment Report abuse

Kindle Customer
4.0 out of 5 stars When a guy is truly evil and desperate, he will do anything to get what he wants
Reviewed in the United States on August 9, 2017
This is the second book in a series, and to be honest I did not read the first book, but it did not hamper me from being able to enjoy and understand this book. Most of the highlights of the first book, or the things that I really needed to know to understand this book were retold in memories or nightmares, or some other form that allowed you to know what had happened yet it still fit into the book wonderfully.

Michelle, may or maybe not be a bit of a witch, and that has nothing to do with here personality. She's still not sure she believes it, but Omar believed it enough to have her attacked, raped, kidnapped and almost killed twice now. Thankfully he is in jail, well at least his was until this morning. Michelle can't believe he got released on bail already, but she also doesn't think he is stupid enough to do anything to her while he is being watched. Of course, Michelle has no idea how desperate Omar really is.

Her first day back to work is hectic, and she has plans with her best friend Heather to go to the grocery, since both of them are out of food. She calls to let her know she is running late, then calls when she is heading to the parking garage, but when Michelle isn't home an hour later, Heather knows something is wrong. Good thing for Michelle, Heather is on top of everything, and bad for Omar.

Within hours, Omar has kidnapped Michelle and moved her car back to her apartment, left a message at work that she is sick and thinks that no one will be looking for her and that he has a couple days if not a week before anyone notices that she really is gone. He has a wicked plan and unfortunately it involves drugging Michelle to get her to cooperate or at least not resist.

Back in Hawaii, within those same hours, Michelle has alerted her new boyfriend Mike, Michelle's boyfriend Rod, who has dealt with Omar before, and Professor Vincent MIddleton, who was involved the first time around, and they are already searching for Michelle. They may be about twelve hours behind Omar, but they are determined not to let him win, they all want Michelle back now.

This was a good book. It is well written and the characters are well developed. Omar is someone that you will hate immediately, he has no redeeming qualities, he is just pure evil and it comes across in everything he does to try to force Michelle to come to him. Michelle is strong and a fighter, and she has learned to stand up for herself and she is not about to let some slimey guy take control of her life. She has amazing friends that will do anything for her and that is what is probably the best part of the story.

One note - anyone who has dealt with fertility issues might find a trigger in this book. You might do fine reading it or it might bring on memories and thoughts, depending on your personal experiences. I know how touchy the subject can be so I wanted to give a warning.

In the spirit of full disclosure, I received an ARC of this book. This is my honest and truthful review.
Read more
2 people found this helpful
Helpful
Comment Report abuse

Kindle Customer
4.0 out of 5 stars An untrained witch vs. a powerful warlock can't end well.
Reviewed in the United States on August 4, 2017
This book had intensity, violence, humor and suspense. Being the second book in a series it was hard to follow at the beginning but came together as the story unfolded. Omar is the poster boy for evil, Michelle is strong and takes care of her friends. Michelle's relationship with Rod needs work. It is hard to believe they have that dedicated a relationship with him in Japan and her in Hawaii without much interaction until he goes to her rescue, I would have liked to have seen more detail there, so they would have been more believable as a couple. The twists and suspense did keep my attention and made it an enjoyable read. I voluntarily agreed to read and review an advanced copy of this book.
Read more
2 people found this helpful
Helpful
Comment Report abuse

Startime
5.0 out of 5 stars Diamonds are a girl's best friend?
Reviewed in the United States on June 14, 2019
Michelle can't seem to get and stay away from the evil Omar, he keeps kidnapping her! And the diamond she returned to Omar has come back to her. Can she figure out how to use its power to fight Omar before it's too late? Action packed, with unexpected twists, and the tension drew me in to the very end.
Read more
One person found this helpful
Helpful
Comment Report abuse
See all reviews

Patricia Abbott
5.0 out of 5 stars Psychic Wow
Reviewed in Canada on September 8, 2016
Verified Purchase
Good read. Suspenseful when I didn't expect it to be. Good writing. Love the magic and the heroine coming into her own. The storyline and characters are well written. It's an "I can't put the book down' one. Can't wait to read the next.
Read more
Report abuse
See all reviews