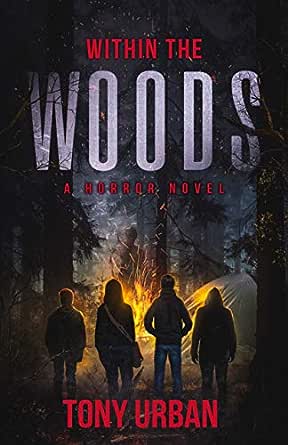 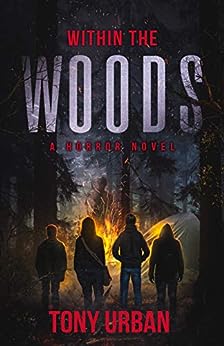 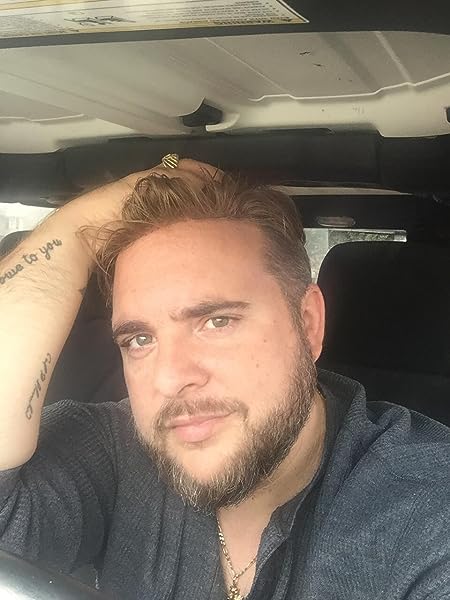 Within the Woods: A Horror Novel Kindle Edition

"Tony Urban has populated Sallow Creek with unbelievable terrors. Within the Woods is small-town horror at its finest!" - Ambrose Ibsen (best-selling horror author of Asylum, The House of Long Shadows, The Seance in Apartment 10)
It had just the right blend of creepy, with a dash of gore, to make it the perfect read for a weekend/late night for me. - Nyanchan

4.2 out of 5 stars
4.2 out of 5
128 global ratings
How are ratings calculated?
To calculate the overall star rating and percentage breakdown by star, we don’t use a simple average. Instead, our system considers things like how recent a review is and if the reviewer bought the item on Amazon. It also analyzes reviews to verify trustworthiness.
Top reviews

CrazyJ1853
5.0 out of 5 stars EXCELLENT BOOK!
Reviewed in the United States on June 1, 2019
Verified Purchase
This book is excellent! Great story! Makes you feel like these kids are friends of yours. As for Valerian8's review. First of all he is reading a story set in the 80s with a 2010s lens. I grew up in the 80s, that is how we talked. The situation Harrison faces in the beginning, we would've responded with the same words. This book is not for easily offended wimps. If you can read a story set in the 80s with the way kids talked in the 80s, you're in for a treat. If not, stick to Winnie The Pooh. The author does a great job of making these kids seem real and like the reader is silently observing everything.
Read more
29 people found this helpful
Helpful
Comment Report abuse

Valerian8
VINE VOICE
2.0 out of 5 stars Silly, perverse attempt at "buddy" horror that isn't scary
Reviewed in the United States on April 10, 2019
Verified Purchase
I don't like to leave poor reviews because I know how difficult it is to put ideas to paper and have the courage to ask others to read it, let alone enjoy it. Billed as a "Stranger Things"-type story about a group of buddies, this book was filled with language that was abusive, racist, homophobic, and downright disgusting. I am a fan of Huck Finn, so I "get" trying to paint characters as potentially immature, ignorant - especially teens and pre-teens who may live in different socio-economic situations. Kids talk differently with their friends than they do with adults. There's no denying it. My biggest issue was with the "horror" - either write it as a true horror story (with believable "monster") or stick with the "best friends find something freaky", but the author seemed unable to decide the course to take. Instead, I felt like I was reading an attempt at Stephen King's "The Body" (made into the movie Stand By Me) set in modern times and with none of the real nostalgia OR thrill factor. Making one parent abusive didn't help the storyline. And the woods had almost ZERO to do with anything in the plot beyond creating a dark setting. Of course, woods always equate to monsters, right? Wrong. The "scare" is something that could have crawled out of the sewer in New York City or landed on Earth on a meteor - that's how little it actually had to do with a forest. Or, at least the author did not tie it to a forest well. Adolescent is the best way to describe this. If you're looking for a book that reminds you of being a 12 year old boy who wanted to steal porn magazines from the local convenience store and figure out ways to get one over on your best pals, you might be entertained. Otherwise, I hope the author digs a little deeper in their next project.
Read more
19 people found this helpful
Helpful
Comment Report abuse

Shawn Hunt
5.0 out of 5 stars A Love Letter to Horror Films of the 80’s
Reviewed in the United States on July 25, 2019
Verified Purchase
I remember watching Quentin Tarantino’s “Reservoir Dogs” when it first came to home video and being wowed by its references to films and television shows. At that time such pop culture minutia was not usually dissected like that amongst fictional characters. It gave off a sense of realism, as it’s the kind of thing people generally sit around and discuss.

And that’s where Tony Urban’s “Within the Woods” really worked for me. It’s a period piece set in the 80’s, populated with middle school aged characters who, much like I did at their age, rent horror movies on VHS and regurgitate facts about them. It’s movie nerds like these that Urban thrusts into a scenario straight out of a 50’s sci-fi horror flick (or more precisely, an 80’s remake of a 50’s sci-fi horror flick), something they’re all too familiar with.

And while some might argue that the book’s overall plot itself is a tad familiar (think “Invasion of the Body Snatchers”, John Carpenter’s “The Thing”, “Night of the Creeps”, etc.), the true strength of it lies more in how Urban handles his characters. The playful interaction and honest feelings of friendship they share make them very genuine and endearing. As someone, like Urban, who was that age in the 80’s, who also loved horror films, I found the characters so relatable as to be uncanny. Real kids in an unreal situation. I found myself caring what was to become of them, and that, after all, is what any reader wants: a story that compels you to turn pages.

One side note: I’ve read a few reviews on here lambasting Urban for his use of language that some are calling “homophobic”. Having been a 12 year old during the 1980’s, I can attest to the fact that this was exactly the type of verbalization boys used to goad one another back then. You can still find it in some movies and books from the period. Not saying this attitude back then was right, but rather that it’s accurate, which is all I see that Urban was striving for. Proclaiming the author as having issues with the gay community for trying to do so is a bit extreme to say the least.

Ignacio Agote Robertson
4.0 out of 5 stars Fun and gripping read!
Reviewed in the United States on February 10, 2019
Verified Purchase
I was looking for a book that mixed my favorite elements of IT and Stranger Things and found that right here. It is a really fun and exciting story that knows when to be creepy and scary but also manages to put in a great dose of a "coming of age" novel into it, with a deep and complex character development. The ending felt a bit rushed in my opinion but that does not mean that this book is not worth your time. Its the opposite, actually. Really good and well put together.
I need a second book, Mr. Urban!
Read more
16 people found this helpful
Helpful
Comment Report abuse
See all reviews

Amazon Customer
3.0 out of 5 stars Stand by me with monsters.
Reviewed in the United Kingdom on March 13, 2019
Verified Purchase
I'm a little old to be reading stories like this, but I did enjoy the boys friendship. Not a belittle book.
Read more
Report abuse

Colleen Dunlop
5.0 out of 5 stars Awesomely scary!
Reviewed in Australia on January 18, 2019
Verified Purchase
A wonderful read of boys and monsters - I couldn't put it down and read it as fast as I could! Lovely, juicy horror - there is nothing better. Thank you Tony Urban
Read more
Report abuse
See all reviews