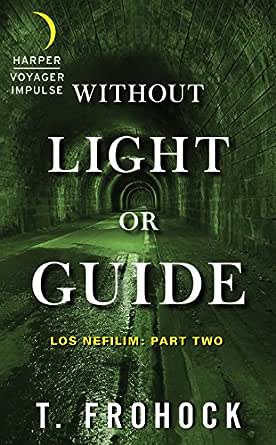 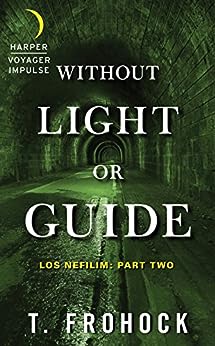 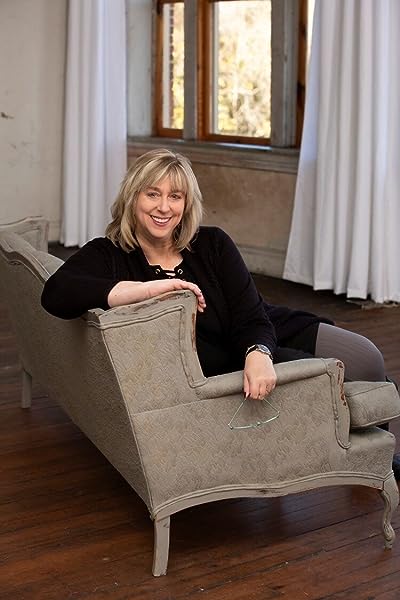 Simon Ellberger
5.0 out of 5 stars Without a sign
Reviewed in the United States on November 6, 2015
Verified Purchase
This is the second of a connected trilogy of novellas about Los Nefilim. The first was "In Midnight's Silence," which I rated as five stars. This middle novella keeps up the high level of writing, with prose that ranges from the ethereal to the dark language of horror. The characters gain added complexity, and the worldbuilding grows in size. It's a world that includes enigmatic angels, chthonic daimons, clannish Nefilim, and easily-controlled mortals. The lines between good and evil are as murky as the sewers in which some of the gritty action occurs. As a replacement, we get a more clearly delineated line between loyalty and disloyalty, which becomes a primary theme of the story. The plot moves slowly at first to enable an aura of teasing mystery to develop, but never becomes tedious. It dances around from scenes of family warmth to eerie supernatural coldness, and our protagonist, Diago Alvarez, finds himself drowning with love in both types of settings. And there are moments of light humor and heavy wisdom to balance the tension. Though the story is adequately self-contained, I recommend not only buying this novella, but the first one as well, in order to get the appropriate background story, and thus enable you to move forward without a sign of confusion.
Read more
One person found this helpful
Helpful
Comment Report abuse

MC
5.0 out of 5 stars a dark urban fantasy tale of hope
Reviewed in the United States on November 19, 2015
Verified Purchase
WITHOUT LIGHT OR GUIDE is a dark urban fantasy story of hope-- not the blind faith that good shall necessarily triumph over evil, but that resistance to evil, however token or futile it may be, will always have intrinsic meaning.

Frohock creates great peril and formidable foes. Against these forces she holds up Diago, part angel, part daimon, and marked by both. He is burdened by betrayal, cruelty and wrongdoings in his past, distrust and discrimination in his present, uncertainty and dangers in his future, and the self-doubt that is his constant companion.

For those moments when he lacks belief in himself, Diago has the faith of his partner, Miquel, his newly-found son, Rafael, and some of the Los Nefilim, a group of angels' marshals he had recently pledged his allegiance to. There is a powerful scene when societal prejudice is shattered by the simplicity of a child's untainted viewpoint.

The magic system in LOS NEFILIM revolves around music. Nefilims derive power from the melodies they sing. Together, they can also create harmonies that weave even greater power. With their songs, they can break evil spells, weaken opponents, transcend time and space, and even affect the material world.

It is a rare book that is able to move me, to penetrate my modern jadedness. Not an entirely desirable occurrence when you are reading this book teary-eyed at a Starbucks. WITHOUT LIGHT OR GUIDE is able to remind me of commitments that remain steadfast in the face of adversities, and while they may not as yet save the day--or the world, for that matter--they may just save moments from absolute despair. When it is difficult to sustain hope that all will be delivered, it is enough to know that small victories can be won, keeping the song playing no matter how softly.

RichardPF
5.0 out of 5 stars A Worthy Sequel
Reviewed in the United States on November 4, 2015
Verified Purchase
I very much enjoyed In Midnight's Silence, the first part of this serial novel and Part 2 is a worthy successor that ramps up the threats only hinted at in Part 1. Part 1 was a very intimate story and Part 2 retains that intimacy while also elevating the threat and drawing in a larger cast of characters and a major looming crisis. There are intriguing twists, deadly enemies, and potential betrayals. There are also issues of the power of love, the nature of family, the limits of loyalty, and more. Frohock has a certain poetry to her language, and you will find certain phrases and sentences that will remain with you long after you finish the story. At only $0.99, buying this story (and Part 1) should be a no-brainer. I highly recommend this dark fantasy and eagerly look forward to the next chapter.
Read more
One person found this helpful
Helpful
Comment Report abuse

Amazon Customer
5.0 out of 5 stars More please...
Reviewed in the United States on December 1, 2015
Verified Purchase
A satisfying follow up to "In Midnight's Silence", this book delves even deeper into the already intriguing characters and the simmering conflict between supernatural forces. It's only flaw, as a novella, was that it ended too soon. Can't wait for the next installment in the Los Nefilim saga!
Read more
One person found this helpful
Helpful
Comment Report abuse

adrianne
5.0 out of 5 stars Fabulous!
Reviewed in the United States on November 15, 2015
Verified Purchase
This is a novella, the second part of a 3 part novel. Frohock's themes of guilt, shame, and redemption are beautifully done, and this book is no exception. The characters are rich and move in a complex world with strong motivations. The action is excellent and the plotting is well done. I only wish I could read the third right now.
Read more
One person found this helpful
Helpful
Comment Report abuse
See all reviews

E. Simovic
4.0 out of 5 stars Great series so far
Reviewed in the United Kingdom on June 3, 2016
Verified Purchase
I am really enjoying this series. Diago is quickly becoming one of my favorite characters, and I love Barcelona as a setting. This one is a bit quieter than the previous as the plot takes a back seat to the characters and we see Diago develop and let go of some of his burdens.
This isn't to say there isn't a strong plot and events in this one do a nice job of setting up the 3rd novella and I'll be interested in seeing where things go from here.
Read more
Report abuse
See all reviews