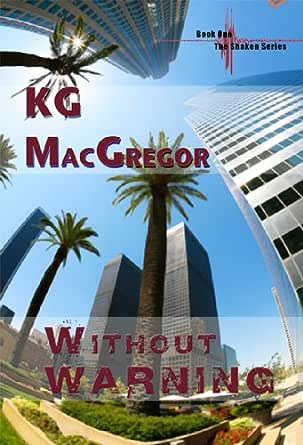 You've subscribed to Motherload: Book Four of the Shaken Series! We will preorder your items within 24 hours of when they become available. When new books are released, we'll charge your default payment method for the lowest price available during the pre-order period.
Update your device or payment method, cancel individual pre-orders or your subscription at
Your Memberships & Subscriptions
There was an error. We were unable to process your subscription due to an error. Please refresh and try again. 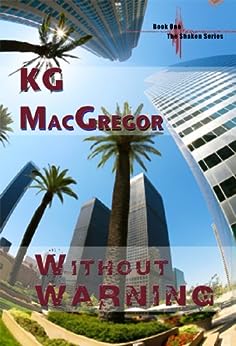 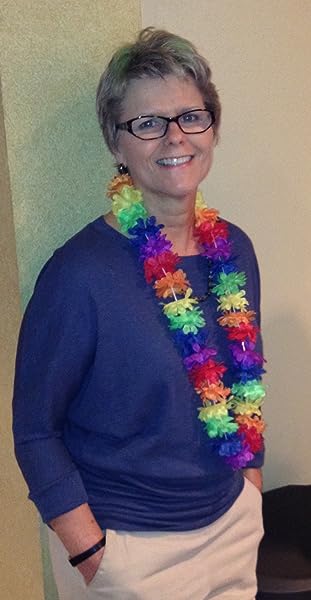 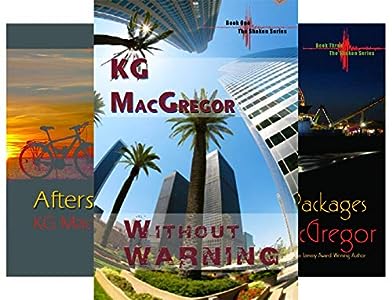 C. Johansson
2.0 out of 5 stars Experienced readers beware.
Reviewed in the United States on September 27, 2013
Verified Purchase
First off, I got the Kindle edition. Whether or not the editing issues are present in the actual books, I don't know.

However, the Kindle Edition had not a single paragraph break between character narrative. It'd cut mid-dialogue to another line of dialogue that belonged to an entirely new scene, from the perspective of the other woman. Besides the chapter breaks it's all one big wall of text.

The earthquake survival portion lasts for over 24 hours. They're stuck in that broken down mall for over a day. It reads like a hike. They're laughing, joking, digging through rubble like it's an exciting adventure. One mention of a dead guy, and it's glossed over. Then they can't find each other for seven months.

Chemistry is slow to develop and even worse to get into, I didn't feel it hook into me until a few pages from the very end. There's very little drama to move things along. Very bland. The earthquake was not the start of the romantic chemistry, I'll say that much. Just a plot idea to get two people into each others lives. Fair, but bland. It could have been anything. I'd much rather have seen more feeling put into some actual survival. What little damage and risk there was quickly settled through circumstance or deus ex, with little need for emotional development and exposition. Of which there was very little throughout.

New to the genre? Skip it. Old to the genre? You'd have to have high tolerance for formating isses, crappy dialogue, bland character gallery and phoned-in character development.

I've seen worse, but when it takes me the entire book to finally maybe like the characters, why did I bother?

V Reader
4.0 out of 5 stars Great Beginning for a Series
Reviewed in the United States on June 12, 2012
Verified Purchase
*No Synopsis*
I wish there was a four and a half rating!
A very enjoyable read about two women drawn to eachother after they survive a near death experience (which by the way was exceptionaly well written). This portion of the book was completely riveting. What I liked the most was the fact that they didn't fall head over heals in love with eachother after dinner and a movie. The author did a great job at creating two charachters with rich backstories that showed how the women came to be the adults they were when they crossed paths. This was a lovely courtship as both women had to overcome self-doubt and allow themselves to take a chance with eachother. I was very happy to see that these women waited before jumping into bed with eachother. It only added to the fact that their future was more important than their instant gratification. Besides, who doen't like phone sex? The writing style stayed away from cliches and the humor between the two women was clever and unforced. Of course there is always a happy ending, but eventhough I knew the inevitable, I still got caught up in the what-ifs. The only reason I did not give this book five stars was because of the "U-Haul" trap at the book's end. I think that could have been saved for the next book and it seemed a little out of charachter for these women who were so serious about taking things slow. All in all, a great read. I definitely plan on reading the whole series, because I am now very invested in these two charachters.
Read more
One person found this helpful
Helpful
Report abuse

Lyle
5.0 out of 5 stars Just Mindblowing
Reviewed in the United States on May 3, 2020
Verified Purchase
KG MacGregor really did an outstanding job with this book of hers.

The earthquake and especially the aftermath was wonderfully written and had me on the edge of my seat throughout the whole ordeal.

Antedoc
5.0 out of 5 stars Enjoyable series
Reviewed in the United States on December 5, 2012
Verified Purchase
I like K.G. MacGregor's writing. This series of four books that develop the relationship between two likeable women is really enjoyable. In comparison with Susan X Meagher's similar but less successful attempt with a serial 'novelogamy' MacGregor's is fantastic. The leads are complex women. Their histories have moulded them into very different characters and the author does an admirable job of showing us the consequences of their strengths and weaknesses. She has a good ear for dialogue and she's not averse to providing opportunities for the reader to laugh.
Read more
Helpful
Report abuse

keishie23
5.0 out of 5 stars Awesome start to an epic series
Reviewed in the United States on November 7, 2018
Verified Purchase
I have been meaning to start this series for quite some time and so happy I did now. Took a break, reading by the pool on my honeymoon. Wonderful characters and as real as it gets... Thank you!!
Read more
Helpful
Report abuse

t
5.0 out of 5 stars Banter
Reviewed in the United States on September 30, 2018
Verified Purchase
I enjoyed almost everything about this book. I am too stupid to understand the description of the disaster (apparently I need pictures). The way the two main characters banter brought a smile each time.
Read more
Helpful
Report abuse

Teyah
4.0 out of 5 stars Without Warning
Reviewed in the United States on November 4, 2014
Verified Purchase
I found this book to be a decent read. It was a nice story. I liked reading how the characters grew in their connection. I did not like how the transitions were so abrupt. I understand that it may have been written this way on purpose given the title. However it bothered me and I hope the next book will be better in way of transitions. This story was good at highlighting how some of the characters went through major changes.
Read more
Helpful
Report abuse
See all reviews

Webster
4.0 out of 5 stars A good read, nice romance and action
Reviewed in the United Kingdom on June 23, 2016
Verified Purchase
I'D RATE THIS BETWEEN 4-5. So 4 being a bit mean.
A good read, nice romance and action. Some FABULOUS one-liners. Some of them you may want to save up for a suitable occasion and use yourself - so if ever you're in a wedding shop with an earthquake you'll be well prepared! Recommended.
Read more
Report abuse

Just Us
5.0 out of 5 stars Good story
Reviewed in the United Kingdom on June 27, 2013
Verified Purchase
I really enjoyed this book, the story is imaginative and well written and leaves you feeling good and wanting more
Read more
Report abuse

S. Harrison
5.0 out of 5 stars Couldn't put it down
Reviewed in the United Kingdom on April 1, 2009
Verified Purchase
Amazon and Pygmy were two wonderful characters. The humour was brilliant. A story of growing sexual awareness quite brilliantly told.
Read more
Report abuse

lisa
5.0 out of 5 stars A great read
Reviewed in the United Kingdom on August 14, 2013
Verified Purchase
Fantastic book.
Actually I would now class it as one of my favourites now.
Good easy read I couldn't put down.
Read more
Report abuse

Les Rêveur
5.0 out of 5 stars Love!!!
Reviewed in Australia on March 16, 2018
Verified Purchase
Without Warning is the first book in The Shaken Series by KG MacGregor.

I love this book dearly and it was the first ever Lesfic paperback I bought (along with the rest of the series).

The book follows the aftermath of a earthquake in Los Angeles. Two women who have never met and are trapped together in a shopping mall get to know one another and develop a connection while trying to escape the rubble. Months after their rescue they meet again and begin a close friendship, that starts to develop into more... but they are from different worlds, Lily’s a lesbian and Anna is straight. Can it really work out?

Firstly I love KG MacGregors books. Period. I haven’t read a book by her that I haven’t fallen head over heels for. Without Warning is no exception. I had butterflies from the moment these two women met again after months of looking for each other following the aftermath of the earthquake.

Lily and Anna are soul mates without knowing it. The small gestures and intimate moments even as just friends was evidence of a deeper connection between them, I just knew they had to have a happy ever after. I also really enjoyed the secondary characters especially Anna’s sister, Kim who cracked me up more times than I could count.

This is definitely a book not to be missed. But be forewarned that when you start this series you're going to want to have the next book waiting because it's addictive.