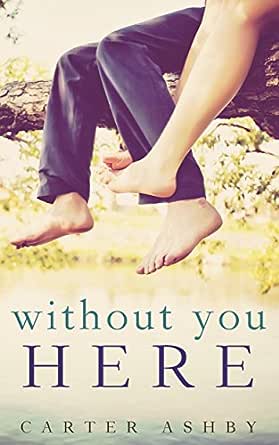 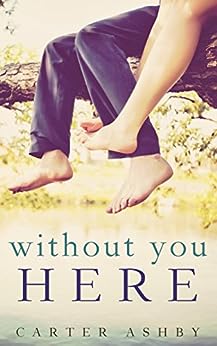 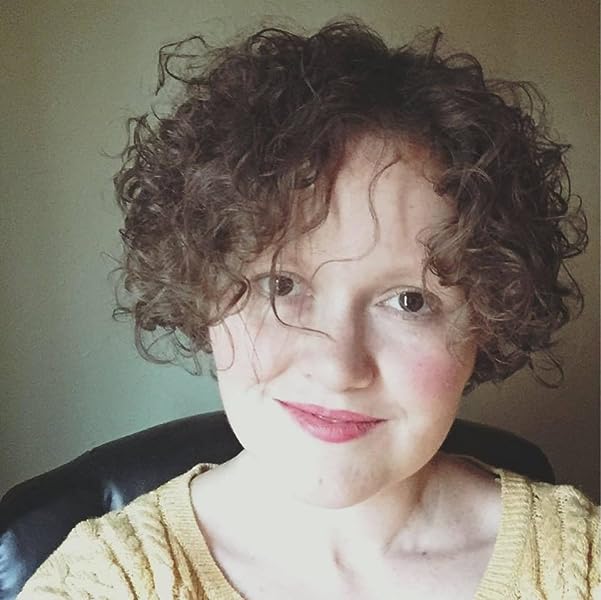 Without You Here Kindle Edition

"I really enjoyed this book and the innocent love that brought an honest man to his knees and broke him out of his rut in life, but also breathed life into his world..." HEA Bookshelf
"There were lovely, winding, knotted relationships between all the characters. The dialogue was real, and the bits of humor lightened things up a bit." Inkberry Books

Carter Ashby was born and raised in Missouri where she resides with her husband, three children, and two dogs. She loves all things romance and country. --This text refers to the paperback edition.

4.4 out of 5 stars
4.4 out of 5
82 global ratings
How are ratings calculated?
To calculate the overall star rating and percentage breakdown by star, we don’t use a simple average. Instead, our system considers things like how recent a review is and if the reviewer bought the item on Amazon. It also analyzes reviews to verify trustworthiness.
Top reviews

In this case, the "small thing" is Ettie, a feisty blonde who is somewhat short of stature. She blows into a small town bar one night, determined to drown her frustrations, and meets Wyatt, a sexy, older man. She's drawn to his loneliness, something she understands well, and after spending a few hours drinking and playing pool, she invites herself into his life ... at least for the night.

Wyatt is the lonely man she pegs him for, and he finds in Ettie a boldness that attracts him. She's fun and makes him laugh, and she's someone who actively wants to experience life. Wyatt, on the other hand, has shut himself off for nearly a half dozen years, believing he isn't worthy of the joy that Ettie represents.

But he gives himself a night with her, which becomes a weekend. It is revelatory for the two of them.

There are problems, though, that mean there is no future. For one thing, there is Ettie's on-again, off-again relationship with her boyfriend. For another, there is Wyatt's pain and emotional blockage. Yet they want this, even if neither knows how to make it happen or if it can happen.

This, faithful readers, is one hot romance. Strap on your vibrators, girls, because you will need it.

Wyatt may shut himself off from romance for a while, but he can still rock that headboard. In fact, he rocks it so astoundingly well that I couldn't figure out how Ettie could leave him. I'd have chained myself to that headboard and begged for more.

There is so much to love about this book. Ettie is flawed and occasionally awful, but she's real. Her backstory is a bit murky and forced, one of those things manufactured to give her something that Wyatt can relate to. Wyatt's emotional constipation is also well written, and we can easily see why these two are drawn to each other. Can they stay together? Can they overcome the age gap? Carter Ashby does a good job of giving them a foundation other than great sex, which makes you root for them all the stronger.

There is a bit too much time spent with Wyatt and a sort of support mechanism toward the end of the book, and then there is what I think was intended to be a plot twist involving an unforeseen life event that turns out to be unnecessary.

But even with those occasional blips, I liked this book a LOT. I received an ARC but immediately bought my own copy. It's hot, it's fun, and it's a good read.

Cuddle up to this one on a cold winter's night. You can thank me - and Carter Ashby - later.

EducatedOptimistic
4.0 out of 5 stars Tears of Joy
Reviewed in the United States on June 2, 2016
Verified Purchase
Truly enjoyed this story. You are taken on a rollercoaster of emotions from beginning to end as each main character finds who they are meant to be. Wyatt and Ettie are an unconventional couple who have to overcome so much to realize life is meant to be lived even when times are hard and painful. Getting over the lose of someone you've loved for so long is difficult especially when you have taken into such deep despair. Wyatt has to get over the despair and realize asking for help isn't a weakness if he ever wants to experience happiness and see that he is a good man who still has so much to give, including love. Wonderful story of love, loss, forgiveness, redemption and strength.
Read more
2 people found this helpful
Helpful
Comment Report abuse

loveunltd
4.0 out of 5 stars Heartwarming, realistic ,engaging and totally worth my sleepless night....
Reviewed in the United States on July 3, 2015
Verified Purchase
I truly enjoyed every word of this story, I found myself experiencing every emotion displayed by the characters.The storyline flowed well and by 11% in , I had already committed myself to not sleeping a wink till I got to the end and it was certainly worth it! I've read younger women- older men stories before and often times the issue of the guy displaying a "fatherly dimension" towards the girls created problems within the relationship.
But in "Without You Here" that wasn't the case, I found Wyatt"s verbal interactions with Ettie quite refreshing and of course she definitely had stimulating conversations with Him. Though her friends perceived her as being immature she exhibited such strength ,understanding and inner fortitude towards Wyatts crisis I believed these qualities really allowed him to commit himself to her 150%.
Just a minor detail I had issues with - Etties"s physical characteristics weren't descriptively mentioned but her engaging personality surely made up for it and didn't detract from the story. All in all, I thoroughly enjoyed it and I anticipate more delightful material from this author. Happy Reading!
Read more
Helpful
Comment Report abuse

jaykayelem
4.0 out of 5 stars Good
Reviewed in the United States on October 18, 2016
Verified Purchase
I liked the blurb so I got this book. It started slow for me. Their conversation was a bit boring but I kept reading and I'm glad I did. Ettie and Wyatt had a lot of obstacles to overcome but life goes on and and they both had to get over the past especially Wyatt.
This is one of those books that stays with you. There is just something about the story that I really want more. I just feel like Wyatt is not 100% emotionally there for Ettie. I guess I wanted Wyatt to stop comparing Ettie to Amberlee. It feels like Amberlee is always at the back of his mind. I'm not saying he should forget Amberlee but she should just be a fond memory. Even in the epilogue, he knows that Ettie is not Amberlee.
I did like the story, I just wanted an ending without Amberlee in his mind.
Read more
Helpful
Comment Report abuse

Ochambers
5.0 out of 5 stars Very enjoyable
Reviewed in the United States on October 10, 2015
Verified Purchase
This was a very enjoyable read but short. I loved Wyatt and Ettie together but was a bit anxious about the age difference. Would have loved some more details concerning Ettie and why she acted the way she did. This book is about a girl who is 22 years old who has a fight with her boyfriend one night. She then goes to a bar and meets an older hot man and the story took off from there. There was a lot of conflict on Wyatt's part but Ettie never expressed any which I thought was odd especially when everyone found out their secret. I like a little more steam in my sex scenes but in this book you might could call them PG. That's just my opinion but still I enjoyed the book.
Read more
One person found this helpful
Helpful
Comment Report abuse
See all reviews

Lester
4.0 out of 5 stars Really enjoyed this story
Reviewed in the United Kingdom on January 20, 2017
Verified Purchase
What else can I say really, it has its emotional highs and lows and gets you in the feels. The characters were great and the story twist wasn't a surprise but was good anyway. I'd definitely read more from this author.
Read more
Report abuse

evenic
4.0 out of 5 stars Good read
Reviewed in Australia on May 25, 2015
Verified Purchase
Couldn't wait to get to the end
Great characters and good story line
Enjoyed the writing style crisp and clear,
Read more
Report abuse
See all reviews