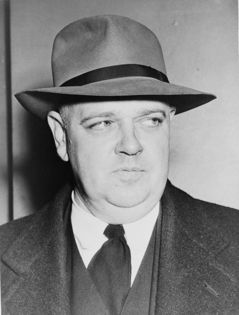 The Amazon Book Review
Get our editors' book recommendations every week. Read it now.

Jay Vivian Chambers (1901 –1961), known as Whittaker Chambers, was an American editor who denounced his Communist spying and became respected by the American Conservative movement during the 1950s.

After early years as a Communist Party member and Soviet spy, he defected from communism (underground and open party) and worked at Time magazine. Under subpoena in 1948, he testified in what became Alger Hiss's espionage trials  and he became an outspoken anti-communist (all described in Witness). Afterwards, he worked briefly as a senior editor at National Review . President Ronald Reagan awarded him the Medal of Freedom posthumously in 198
Start reading Witness (Cold War Classics) on your Kindle in under a minute.

4.8 out of 5 stars
4.8 out of 5
363 global ratings
How are ratings calculated?
To calculate the overall star rating and percentage breakdown by star, we don’t use a simple average. Instead, our system considers things like how recent a review is and if the reviewer bought the item on Amazon. It also analyzes reviews to verify trustworthiness.
Top reviews

Giannuzzo
5.0 out of 5 stars This is one of the great American Autobiographies
Reviewed in the United States on October 31, 2017
Verified Purchase
This is one of the great American Autobiographies. I originally was seeking information about the Hiss trial for professional curiosity. What I got was the story of a courageous, tormented man. His disillusion with the Communist party and his religious conversion.
Many of the Communist intellectuals of the 30's shared Chambers disenchantment with the Party. The Italian novelist Ignazio Silone and the great Arthur Koestler edited a very informative work on the subject "The God that Failed". But no other work matched the personal description of Chambers. The book deals not so much with the two trials of Alger Hiss on a perjury indictment and concentrates more on Chambers's life, up to 1950, and his testimony and Hiss's statements before the House UnAmerican Activities Committee, and the Manhattan Grand Jury which indicted Hiss.
Of course some readers will have a negative view of the work of the Committee, and one of the heroes of the book Richard Nixon(!!), but I urge them to put that aside and read this book. There really was serious Communist infiltration of the American Government and Hiss really was guilty. B I've always been a staunch anti Communist and Chambers's testimony was the beginning of the end for the Soviet "apparatus" in the US. Nevertheless, his description of the party faithful of his era actually led me to develop a grudging respect for the dedication and personal sacrifices which they made in furtherance of their misguided beliefs. The reader must remember that the World looked very different in the 1930s. Chambers came to this realization in 1938. This led him to realize that he had a moral obligation to denounce those of his former comrades who were still working against his Country. Finally, much of what Chambers wrote of is still relevant today. My highest recommendation.

W. Wilmeth
5.0 out of 5 stars Despair, and its Fellow Travelers
Reviewed in the United States on May 4, 2015
Verified Purchase
The years prior to, during and following World War II were a time of heavy communist infiltration into all aspects of the federal government. The most famous and notable, perhaps, was Alger Hiss who was a key man at Yalta, and in writing the UN Charter. I was raised by the popular media to believe that any discussion of communist penetration of the federal government was merely "McCarthyism," and 'red baiting.' As WITNESS makes clear, there was a considerable communist presence (Harry Dexter White, Harry Hopkins, Hiss. among others) in the executive branch, and WITNESS also makes clear that there was an above ground, and below ground, apparatus that was populated by dedicated communists.

The best feature of the book, however, is Mr. Chambers discussion of how and why he turned to communism as the only possible solution to the woes of the world. He was an exceptionally intelligent man, and in his view, there was no other possible choice. In a word, despair led him to believe that communism was the best vehicle to solve the problems of mankind. In fairly short order (10 years), he realized that once communists were in power, they tended to lean heavily on the 'ends justify the means' approach as millions starved or were executed (or worked to death). He later turned to Biblical Christianity as the best hope for mankind, fully aware that there are no easy solutions to the dilemma of existence.

This book did have an influence on my understanding of history and on how decisions are made. It a very real sense, it impacted my life.

Connoisseur
5.0 out of 5 stars Masterpiece!
Reviewed in the United States on July 31, 2016
Verified Purchase
Yes, this is a deep, thought provoking masterpiece. From the first pages (Chamber's letter to his kids), you know that you are facing existential truths that have the power to change lives...In my view, this book could stand next to Solzhenitsyn's "Gulag" with its profound, 'Dostoyevskian' search for the meaning of one's life...Pity that Chamber's views do not fit into the contemporary 'progressive' educational agenda, where Howard Zinn and Roger Osborne offer more 'acceptable' left-leaning views...
Read more
29 people found this helpful
Helpful
Report abuse

Allen SmallingTop Contributor: Classical Music
TOP 1000 REVIEWER
5.0 out of 5 stars Intense, meaningful: An important document in American politics with a compelling prose style and story
Reviewed in the United States on July 23, 2015
Verified Purchase
WITNESS is a long book with densely-packed type in the way of older non-fiction paperbacks. I grudgingly picked it up on the recommendation of a friend but soon found myself intrigued by it, then liking it, then finishing it quite impressed. Even those who don't resonate to Whittaker Chambers' viewpoint of 1940s-50s anticommunism as a kind of near-religious crusade will be impressed by his integrity, commitment and compelling way with words. This is a man who found false faith in pre-World War II Stalinist Communism as a young man, made it the center of his life, grew to reject it, and then at no small amount of risk to himself investigated it, fought it, and witnessed against it and its perpetrators. Chambers' soul-searching is fascinating, and well at odds with so much of the slick attitudinizing that passes today for the confessional among the politically motivated. Well worth reading for students of any age who want to add another viewpoint to what is commonly -- and often incorrectly -- lumped together as the "McCarthy Period."
Read more
34 people found this helpful
Helpful
Report abuse
See all reviews

WeMustResist
5.0 out of 5 stars Beware! All is not well!
Reviewed in Australia on June 25, 2015
Verified Purchase
Terrific book! Well-composed, grand themes, full of characters, suspense, twists and drama. A lovely biography and an insight into the psychology of modern man. Very relevant today, because the secret Communists ally with the outrageous, bloodthirsty followers of you-know-who. The author would recognize today's types easily. He describes them so well. He shows that Marxists have 3 traits: (1) They are fixated on the evils of this world. Unlike a rational or balanced person, they spend no time thinking about the good things, or the costs and benefits of change. (2) They are stuck in a top-down view. They believe in strict discipline and hierarchy. They look from the top of the pyramid downwards. They do not see that civilization can be built from the bottom. (3) They think you can make a better world by evil acts. They scorn the idea that we make things better when we become better people. By the way they think God does not matter because He is either weak or not interested or does not exist. Muhammed shares the same traits as Marxists but he thought Allah believes in hate, lies and endless war. So the followers of Marx and Muhammed share some psychological traits and differ about the deity. Chamber's pessimism could be realism unless we learn to practice many more virtues than we do today. The challenge is ahead of us if we want civilization to survive. Read "Witness" to learn about the Leftist enemies of civilization. The book shows they can be lovable, and it shows they are sinister and powerful. When they quietly ally with other totalitarians then our freedoms and our lives are in danger.
Read more
Report abuse

RockMachine
5.0 out of 5 stars Truth
Reviewed in Canada on January 5, 2021
Verified Purchase
Get Some - Read a Book
Read more
Report abuse

Michael Shields
5.0 out of 5 stars Content
Reviewed in Germany on September 20, 2018
Verified Purchase
A brilliant read. All Americans should read this book. Such an important source to understand current US politics.
Read more
Report abuse
See all reviews

Page 1 of 1 Start overPage 1 of 1
Previous page
Next page
Pages with related products. See and discover other items: the history of paper, paper pumpkin
Back to top
Get to Know Us
Make Money with Us
Amazon Payment Products
Let Us Help You
EnglishChoose a language for shopping. United StatesChoose a country/region for shopping.
© 1996-2021, Amazon.com, Inc. or its affiliates