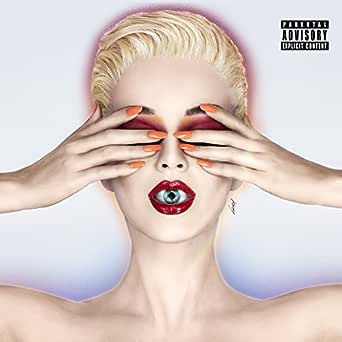 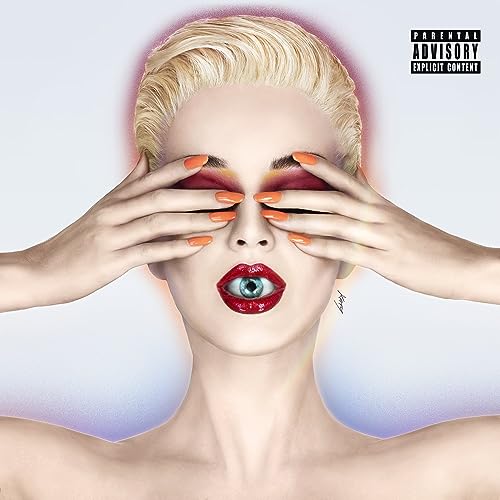 4.4 out of 5 stars
4.4 out of 5
881 global ratings
How are ratings calculated?
To calculate the overall star rating and percentage breakdown by star, we don’t use a simple average. Instead, our system considers things like how recent a review is and if the reviewer bought the item on Amazon. It also analyzes reviews to verify trustworthiness.

George P. Higby
5.0 out of 5 stars "Witness" is a must have if you are a rebel heart.
Reviewed in the United States on July 3, 2017
Verified Purchase
There once was a time this 43 year old gay man was addicted to pop music. Before cell phones- mp3 and internet connections...Madonna was my teacher and I lived vicariously through her music. It takes alot to move me enough to write a review years later as a fully employed-mortgage paying adult who listens to pop music in the garage while his partner watches the 11o'clock news inside...
Katy Perry and her latest effort "Witness" has moved me to post here on Amazon. I've been reading the reviews and what stands out are the negative ones. What is wrong with people? Everyone is a critic and always so harsh. I am surprised that if one has listened to this album that they couldn't feel anything but love and joy.
This album is beautifully done. Thoughtful and inspiring. Love Katys' confidence with this release- she shines bright knowing what she is doing without ego directing the ride. I give it a thumbs up. I give it an A plus and from this rebel heart to another...Katy is a talented woman who isn't a "flash in a pan". Don't let this album fall victim to wannabe music critics and social media band wagons. Let it envelope your senses and wrap you in its candy coated bliss while the sun is out. Summer is here and you need that album that defines the summer of 2017..."Witness" is the soundtrack to this years vacation.

Jose Davila
5.0 out of 5 stars Surprisingly good
Reviewed in the United States on November 5, 2020
Verified Purchase
After hearing the overwhelmingly negative reviews this album had by both critics and some fans, I wasn't so sure to buy this album. I have to say it surprised me. While Prism and Teenage Dream where filled with bangers that revolved around the same subjects (love, desire, heartbreak, empowerment, etc), Witness has more substance behind it.

The opening track could be interpreted, besides the obvious message, as a letter to her fans, asking them if they would stand beside her in the lows, as they do in the highs (spoiler alert, they didn't). We see a more political and existential side of Katy. I'm not saying this album is life changing or revolutionary, but it was a huge improvement in Katy's musical direction. Unfortunately, it wasn't appreciated by most and quite frankly, I don't understand the hate it has.

There are a couple of filler tracks (Deja vu and Tsunami), but, the rest of the tracks really are stand outs and have their own uniqueness. I think you need to give it a try and draw your own conclusions, I can safely say its a good album and it deserves some recognition.

With that being said, here are my top 5 favorite tracks:

Marie323
4.0 out of 5 stars Good
Reviewed in the United States on September 14, 2017
Verified Purchase
Too much cussing. Not sure why everyone feels the need to cuss but Katy Perry has made it hard for me to play it for my daughter. My daughter is young but loves Katy Perry. I don't wanted edited CDs so it's just something I listen to on my own now.
Read more
8 people found this helpful
Helpful
Comment Report abuse

Steve
5.0 out of 5 stars Music is great, amazon's packaging not so much
Reviewed in the United States on September 16, 2020
Verified Purchase
No concerns with the CD/music at all.

I do wish amazon would use a thicker envelope when shipping. Case was fairly cracked and worse upon trying to open. Which seems to be the norm now.
Read more
Helpful
Comment Report abuse
See all reviews

Jiaqi Yu
5.0 out of 5 stars I like this album
Reviewed in the United Kingdom on February 15, 2020
Verified Purchase
Witness era is a very different era of Katy Perry. She changed her hairstyle and developed different music. I believe that this album would be a very inspiring and memorable one. Also, I like the way in which the album is made as a vinyl recording. You're also able to see the unique pictures in the middle if you just open the cover. The lyrics are printed on larger-sized papers. Also, the vinyls are made heavy and thick (about 180grams).
Read more

5.0 out of 5 stars I like this album
Reviewed in the United Kingdom on February 15, 2020
Witness era is a very different era of Katy Perry. She changed her hairstyle and developed different music. I believe that this album would be a very inspiring and memorable one. Also, I like the way in which the album is made as a vinyl recording. You're also able to see the unique pictures in the middle if you just open the cover. The lyrics are printed on larger-sized papers. Also, the vinyls are made heavy and thick (about 180grams).
Images in this review

jel
5.0 out of 5 stars Another fantastic album.
Reviewed in the United Kingdom on November 9, 2017
Verified Purchase
I love this album ..i relate to alot of the songs ..crazy when listen to something and think yeah that's exactly how I feel. Love it , I love her albums ..nothing's the same ..my favourite is POWER.
Read more
3 people found this helpful
Report abuse

Amazon Customer
5.0 out of 5 stars Underated
Reviewed in the United Kingdom on January 16, 2020
Verified Purchase
Underated album, doesnt deserve the hate it got.
Read more
One person found this helpful
Report abuse
See all reviews