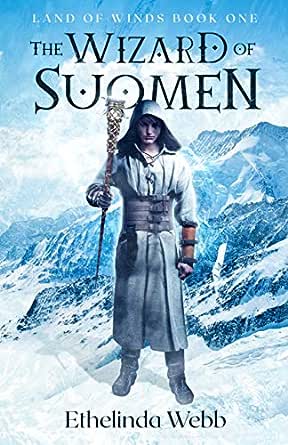 You've subscribed to Land of Winds! We will preorder your items within 24 hours of when they become available. When new books are released, we'll charge your default payment method for the lowest price available during the pre-order period.
Update your device or payment method, cancel individual pre-orders or your subscription at
Your Memberships & Subscriptions
There was an error. We were unable to process your subscription due to an error. Please refresh and try again. 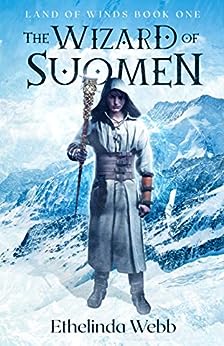 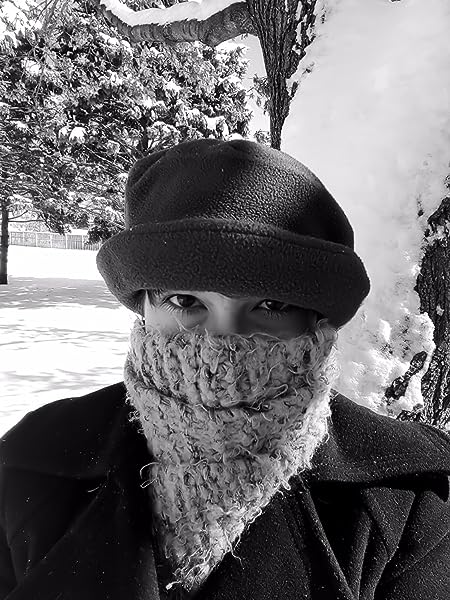 The Wizard of Suomen (Land of Winds Book 1) Kindle Edition 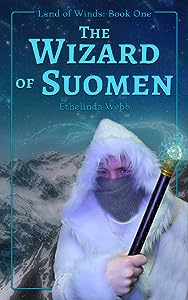 Ethelinda Webb lives in Minnesota, and takes inspiration from the cold, snowy months of winter, sustaining herself on hot chocolate. While autumn is her favorite season, she enjoys skiing and snowshoeing during the colder months. She lived in Japan for two years, and has visited Mexico and France. At home, she entertains herself with her pet snake, her playing card collection, and her numerous and ever-growing collection of books. --This text refers to the paperback edition.

Evan
5.0 out of 5 stars Dramatic. Thought-Provoking. Magic!
Reviewed in the United States on March 9, 2018
Verified Purchase
This book is great! It has everything. It's got a dramatic style full of dynamic, original characters and page-turning cliffhangers. It stands well on its own, but still leaves you eagerly waiting to read the next book in the series. It's got a thought-provoking story where characters struggle with war, betrayal, prejudice, politics, and of course, magic.

As I said, it's got it all, but I want to focus in on what sets this story apart from others out there. What's distinctive about this story is that there's a mystery of what motivations are driving the nation of Galviren to make war against the nation of Suomen. This question, of how to think about what would motivate one country to make war on another is explored through the actions of the characters in the story.

The differences in war strategy on the Suomilen side make up a good portion of the story's dramatic conflict, and arise out of more than just different conclusions about what their enemy's motivation is. They arise out of more than tactical preferences for caution vs boldness. They arise out of more than mere personal differences. After all, the Suomilen leaders are united in their wish to end the war. It gets down to having different ways of thinking about the question of what motivates support for war in general. Their answers to that question develop into entire approaches towards their end goal of achieving peace. The Suomilen leaders come into conflict in their approaches to discovering the motivations of the enemy, understanding what it means for them to be motivated to make war, and most importantly, deciding what needs to be done to get them to stop.

But, as I said, this is only one of the many conflicts which arise in this story. There's a whole war full of conflict, full of battles and intrigue. This aspect about war motivations jumped out at me because it's a subject I'm interested in, but there's no shortage of other aspects to love!

Audrey Urban
5.0 out of 5 stars Fantastic read!
Reviewed in the United States on September 25, 2019
What a wonderful book! A fantasy/military story. The Suomelien people are at war against the invading Galvrien. The Galvrien are a magical people unlike those in Suomen. Ilari Virtanen is the Wizard of Suomen and takes charge of the army to give Suomen a magical advantage. This story is magnificently developed. You find yourself drawn into the characters and experiencing their emotions. I highly reccomend it!

*I received a copy of this book for review from Hidden Gems. The review is my own, honest and unsolicited.
Read more
Helpful
Comment Report abuse

Tanyawriter
5.0 out of 5 stars Only wizard
Reviewed in the United States on April 22, 2020
He is the only wizard in their village when invaders come to take their village. He has to work hard to gain their trust as he tries to protect them all. Someone is trying to ruin all he has gained. Who is it? Can be stop them? Can be keep the village safe? See if he can
I received an advance copy from hidden gems and I want to review
Read more
Helpful
Comment Report abuse

Peggy Scarborough
5.0 out of 5 stars Magic, Fantasy, Great Characters, Twists and turns what more could you ask for?
Reviewed in the United States on September 8, 2019
This book draws you in from your first meeting of the Sodats and the Kenralli and keeps you guessing to the very end. The tale draws you in and the characters are done in such a way that you care about them and the twists the story takes keeps you guessing until the very end. When war comes and hard choices need to be made they are done in such a way as to be believable by the character making them. Lives change throughout the course of the story but not always in the way you think they are going to, but are all very satisfying in the end. A great book, with wonderful characters that leave you wanting more.
Read more
Helpful
Comment Report abuse

Jennifer
4.0 out of 5 stars My review.
Reviewed in the United States on September 20, 2019
I just finished this and while it was long I did enjoy it. I cried at how the poor young wizard was treated and hope he finds all his answers. I hope there is a sequel so we can find out.

I did receive this book for free but even if it wasn’t it is worth the read.
Read more
Helpful
Comment Report abuse

Joscelyn Smith
5.0 out of 5 stars A great series starter
Reviewed in the United States on September 9, 2019
Intriguing characters and an engaging storyline drew me in more with every chapter. In already looking forward to reading more of this series.

Angie Hardy
5.0 out of 5 stars Good
Reviewed in the United States on September 5, 2019
It’s a great book. Lots of action. The characters are cool I love them. I enjoyed and had fun reading it. I was given a free copy for an honest review.
Read more
Helpful
Comment Report abuse

mw
5.0 out of 5 stars Great book
Reviewed in the United States on September 9, 2019
Good magic to system interesting characters and fun read I got this book for free and honest review
Read more
Helpful
Comment Report abuse
See all reviews from the United States