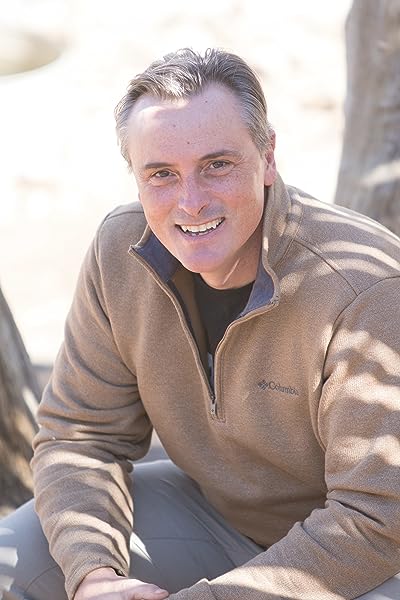 The Wolf Connection: What Wolves Can Teach Us about Being Human Hardcover – June 25, 2019

by Teo Alfero (Author)
4.8 out of 5 stars 50 ratings
See all formats and editions
Sorry, there was a problem loading this page. Try again.
Great on Kindle
Great Experience. Great Value.

Enjoy a great reading experience when you buy the Kindle edition of this book. Learn more about Great on Kindle, available in select categories.
View Kindle Edition
Discover the transformative lessons from one of humanity’s oldest teachers—the wolf—with this enthralling and accessible guidebook to help us restore our connection with nature, our communities, and our deepest selves.

The wolf has enthralled humankind for millennia, as a creature to be both feared and admired. It is the focus of countless myths around the world, in cultures as varied as the Ainu people of Japan to the Apache First Nation elders who worshipped the wolf. Now in The Wolf Connection, Teo Alfero, shamanic practitioner and wolf sanctuary founder, shares the profound knowledge that can be gleaned from these majestic creatures to restore our bond with nature and our connection to humanity.

Legends, behavioral science, and biological research all suggest that human beings picked up many of their key evolutionary traits—such as cooperative hunting and raising of their young, and their high degree of emotional intelligence and deep bonding—from wolves. Teo and his team at Wolf Heart Ranch conservatory have seen first-hand how wolves and wolfdogs can shift people’s outlooks, empowering at-risk youth and benefitting people from all walks of life through their wolf therapy program, the Wolf Connection. As we restore our ancestral bond with these inspiring, resourceful beings, we begin to reclaim the best of what it means to be human.

Grounded in Teo’s years of working with wolves, as well as the findings of wolf biologists and the wisdom of First Nation elders, The Wolf Connection offers a set of twelve Wolf Principles to awaken our intuition, live more authentically, and heal from past trauma. By integrating a myriad of sources—including inspiring stories from the Wolf Heart Ranch—Teo provides a complete understanding of wolves and the lessons they have to teach us, so you can harness their powerful and transformative insights in your own life.
Read more
Previous page
Next page

“In the hills of California a team of people, led by Teo Alfero, are healing human beings and the world, one wolf at a time. Wolf Connection is the story of how at-risk wolves and at-risk human beings are healed by coming together to serve each other and the ancient connection between them. Like being with these wolves, reading this book nourishes and reminds us that we support and are supported by this ancient partnership . . . beautiful book.” -- Helen Hunt, Academy Award–winning actress

“With heart and soul, Teo Alfero digs deep into the psyche of the wolf, its biology, ecology, and behavior, then shines what he has learned back on humans. He suggests a way forward for both species, a connection of sorts, that will help people come to grips with their inner selves, troubled or not, and in the end his message helps both humans and the wolves. Using the teachings of Carlos Castaneda as inspiration, this book is rich with meaning, emotion and spirit—wolf spirit, not just human. A must read.” -- Douglas W. Smith, PhD, senior wildlife biologist and project leader of the Wolf Restoration Project at Yellowstone National Park

Teo Alfero is the founder of the Wolf Connection sanctuary and creator of Wolf Therapy®, a singular program that empowers individuals dealing with psychological and emotional pain, addiction, and trauma using the human-wolf bond. Teo is a transformational teacher and shamanic practitioner whose work is strongly influenced by that of Carlos Castaneda. He is a TEDx speaker, one of the 100 Making A Difference, and a member of the Association of Transformational Leaders. He has been featured in the New York Times, the Los Angeles Times, and other major media. Born in Argentina, he now lives with his wife and daughter and the Wolf Connection pack in California. To learn more, visit WolfConnection.org.

Teo Alfero is the founder of the Wolf Connection sanctuary and creator of Wolf Therapy®, a singular program that empowers individuals dealing with psychological and emotional pain, addiction, and trauma, using the human-wolf bond. Teo is a transformational teacher and shamanic practitioner whose work is primarily influenced by that of Carlos Castaneda.

A thought leader and sought-after spiritual guide, Teo is an advisor to influencers in the areas of science, technology, human potential, business, sports and entertainment. He is a founding member of 4PC, a community of the top four percent of coaches in the world, and a partner with the Social Venture Partners.

Born and raised in Argentina, Teo’s family lineage of educators and legislators supported youth development in his native country. Embracing the values they demonstrated, and in alignment with his passion line with his own caring nature, Teo developed a passion for mentoring and guiding young people. Teo moved to California in 1999.

Once in California, Teo spent fourteen years studying the work of Carlos Castaneda, Carol Tiggs, and their colleagues. Teo is an associate Instructor at Cleargreen, Inc., helping to conduct Shamanic seminars around the world since 2003. He is a TEDx speaker, a member of the Association of Transformational Leaders, and one of the 100 Making A Difference alongside Blake Mycoskie (Founder Tom’s Shoes), Doc Hendly (Wine to Water), Rexz Weyler (co-founder Greenpeace), and well-known individuals including George Clooney.

Cody S. Hoagland
5.0 out of 5 stars Wonderful Book
Reviewed in the United States 🇺🇸 on December 11, 2022
Verified Purchase
I have been drawn to wolves from a early age, Something inside me pulls me towards them. I have been lucky to have encountered numerous wild wolves over the years. Each encounter has a special place in my soul, the first time seeing in the eyes of a wild wolf it grabs you and never lets you go. I photograph these amazing souls and share their wilderness with them. Teo Alfaro has explained this deep connection that I feel, I recommend this book to everyone…
Read more
Helpful
Report abuse

Tony
5.0 out of 5 stars Powerful insights about amazing animals
Reviewed in the United States 🇺🇸 on February 15, 2020
Verified Purchase
Teo has written a book that provides much-needed insights about a misunderstood keystone animal. I am so fascinated to hear the stories of how the wolves have had an impact on people who are going through life challenges and how they can use their nature and wisdom to transform them.
Read more
3 people found this helpful
Helpful
Report abuse

CatherineMcAuley
5.0 out of 5 stars It is stunning! Life changing-
Reviewed in the United States 🇺🇸 on May 31, 2021
Verified Purchase
Amazing-
Read more
Helpful
Report abuse

Paula V.
5.0 out of 5 stars I Loved it!
Reviewed in the United States 🇺🇸 on August 20, 2019
Verified Purchase
This book was full of information and inspiration. It was heartwarming also. I am buying more copies to give my friends. So Fantastic!
Read more
Helpful
Report abuse

Amy Harris
5.0 out of 5 stars Read it.
Reviewed in the United States 🇺🇸 on July 4, 2019
Verified Purchase
A book woven with rich stories and profound truth. Wolves have so much to offer and teach us. And well written.
Read more
One person found this helpful
Helpful
Report abuse

unsatisifed
5.0 out of 5 stars Save the wolves
Reviewed in the United States 🇺🇸 on January 19, 2020
Verified Purchase
Love this foundation and what to provides
Read more
Helpful
Report abuse
See all reviews

Mandy
5.0 out of 5 stars Way more than a science book...
Reviewed in the United Kingdom 🇬🇧 on February 20, 2020
Verified Purchase
This important book weaves wisdom not only from the animal kingdom, but from broader Universal intelligence and shamanic tradition without feeling "out there" and inaccessible. The stories Teo Alfero tells are fascinating, heart-warming, compelling and important at this critical point in humanity. Alfero explains how wolves saved humans once, and how - if we're willing to listen - they can do it again. A beautiful, deep, life-changing read that's meant to be savoured.
Read more
Report abuse
See all reviews