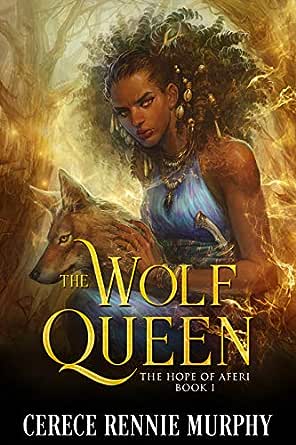 You've subscribed to The Wolf Queen! We will preorder your items within 24 hours of when they become available. When new books are released, we'll charge your default payment method for the lowest price available during the pre-order period.
Update your device or payment method, cancel individual pre-orders or your subscription at
Your Memberships & Subscriptions
There was an error. We were unable to process your subscription due to an error. Please refresh and try again. 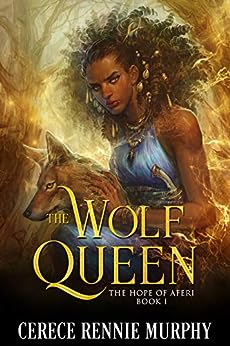 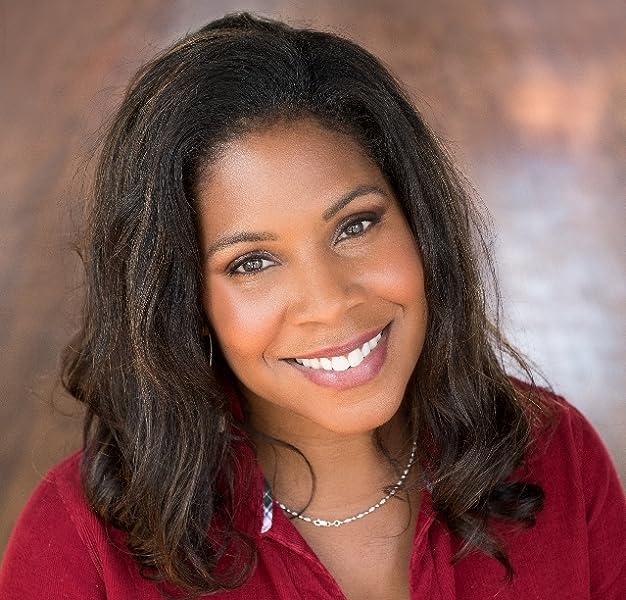 The Wolf Queen: The Hope of Aferi (Book I) Kindle Edition 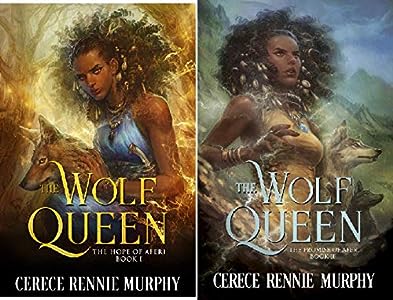 Mys Tee
4.0 out of 5 stars Buy Book 2 Before You Finish Book One
Reviewed in the United States on October 17, 2019
Verified Purchase
Instinctively a wonderful voice inside my head told me to not start Book 1 until I had Book 2 in hand. Thankfully it was not a long wait for me and it was the BEST decision ever. Not only will this book steal you away, and make you forget everything else going on, but it gives you an ending that will leave you instantly craving more!
I finished this in a day around my job, it was just that good.

It is a beautiful coming of age story, with a new world filled with strong characters that create a place made to keep your imagination swirling in happiness. The world building is incredible, and you meet a young woman who is already stronger than she knows, but who also has this secret life hidden away waiting for the right time to just come out.

The backstories also give you just enough context to make you keep wondering and reading, all into the night. Strong female characters, surrounded by men who support without stifling them, and a villain who keeps things interesting.
I have no regrets reading this one, other than I wish I could go back in time and give it to a younger me.
Very much recommend this one and trust me...get book 2 the same time you get book 1.
Read more
Helpful
Comment Report abuse

Kindle Customer
5.0 out of 5 stars Black Girl Magic In Many Ways
Reviewed in the United States on May 11, 2019
Verified Purchase
I like to support authors when I go to conventions. I missed this author, but my colleague had met her and was raving about the books, so I figured I’d download one and see how it was.

I was not prepared for the quality of this writing! The world building is excellent. You can hear the shouts of bargainers in the market stalls. You can feel the cool, quiet of the forest as Ameenah hurries on her way. The characters are well developed with distinct voices. The action is easy to visualize and understand.

This is right up there with N.K. Jemison and Nnendi Okrafor. I look forward to book two eagerly.
Read more
One person found this helpful
Helpful
Comment Report abuse

S0rceress0
5.0 out of 5 stars Could Not Put This Down!
Reviewed in the United States on October 11, 2019
Verified Purchase
I LOVE stories about women who are strong minded, independent, even a little arrogant. Ameenah lost everything early, except her sense of self. Even her ancestors couldn't just give her that. Somewhere along the way she decided to be that type of person. The strong survivor who took what she had with both hands and just made it work. Her ancestors background is also fascinating. Descriptions of food were a familiar comfort. This book made me want to curl up in my window seat with a blanket and a beer and just escape. I could not stop reading and finished this book far faster than I wanted to! I can't wait to see what book 2 brings.
Read more
Helpful
Comment Report abuse

Don Foxe
5.0 out of 5 stars A Journey Exotic
Reviewed in the United States on October 26, 2018
Verified Purchase
The Wolf Queen is that fantasy tale that tricks you. In the beginning, Murphy takes her time introducing Ameenah and her world. For those who have years of scene-setting across European backdrops, discovering a new continent with a rich diversity of life and scenery requires this measured approach. Reading becomes education, and I was finding myself enriched and intrigued by this style of world-building.

I am personally not a fan of long narratives, and had a bit of difficulty staying involved during certain parts of the story. I prefer experiencing a story as opposed to being told a tale, but there is so much nuance to Ameenah and her world, without these explanations and insights, the novel could easily have become unwieldy. Thankfully, the wonderful descriptions and interesting characters are brought in often enough to maintain my attention. When action does occur, it comes fast and the frenzy is edge-of-seat reading.

The Wolf Queen’s world could be ours. The clash of powers and the reluctance of good people to act. Like most of us, Ameenah would prefer a simple life. Like the best heroes, forced into the fight, she blossoms. Her enemies are powerful and cruel. Her allies are faithful and flawed. And when she discovers her abilities, we journey from reality to fantasy in a totally believable leap of faith.

I wish we could view Ameenah through the eyes of more characters. Her development is continual and believable, but lacks some depth. Life changes her. Becoming something more than human changes her. Remaining true to her people and her duties anchors her. I want to know more.

A strong female protagonist surviving an exotic world filled with conflict that ebbs and grows over time. Love lost and found. Alliances built. A kingdom defended. Magic weaved throughout the tapestry without overpowering human nature.

The Wolf Queen is easily five stars. The things I would prefer did not prevent me from enjoying every bit of the read. It has enough traditional fantasy elements for the die-hard, and more than enough unique twists for the romantic-history fan.
Read more
Helpful
Comment Report abuse

R. Murphy
3.0 out of 5 stars Needed a developmental editor, great story premise
Reviewed in the United States on November 28, 2019
Verified Purchase
The story is fascinating and the world building is enjoyable, I really love Ameenah. The book could have benefited from developmental editing however. The author ‘head-hops’ between Ameenah and other characters who we don’t have as deep a context and connection to and it makes the overall prose quite jarring. I would find myself getting invested in Ameenah’s thoughts and actions and then suddenly being thrust into a strangers head. It lessened emotional impact and made the perspective of the book confusing.
Read more
Helpful
Comment Report abuse

sassyg1rl
5.0 out of 5 stars Riveting - draws you in!
Reviewed in the United States on October 14, 2018
Verified Purchase
If you’re a fan of strong, female characters then this book is for you. The author gives you the background of Ameenah’s story in the beginning so that you understand where she is going and why. She is a young woman whose family was taken from her and has had to survive and live on her own. She prefers to be a loner and not depend on anyone but herself; but the people around her have slowly inserted themselves into her life and have become like family to her.

She doesn’t know of her powers but is discovering that there is more to her and the world she lives in than what meets the eye. This journey will truly test her and lead her to a path of discovery and power. I can’t wait to see what Ameenah & the host of characters will encounter and how she will overcome with their help the obstacles in her way. Very much looking forward to book 2. I hope the author is writing now as I type this review.
Read more
Helpful
Comment Report abuse
See all reviews