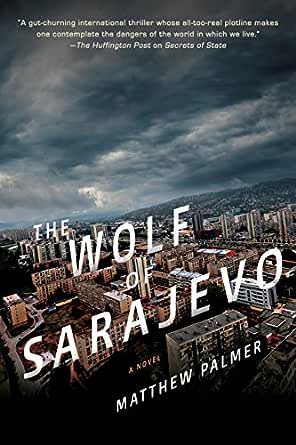 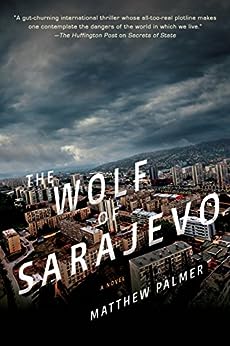 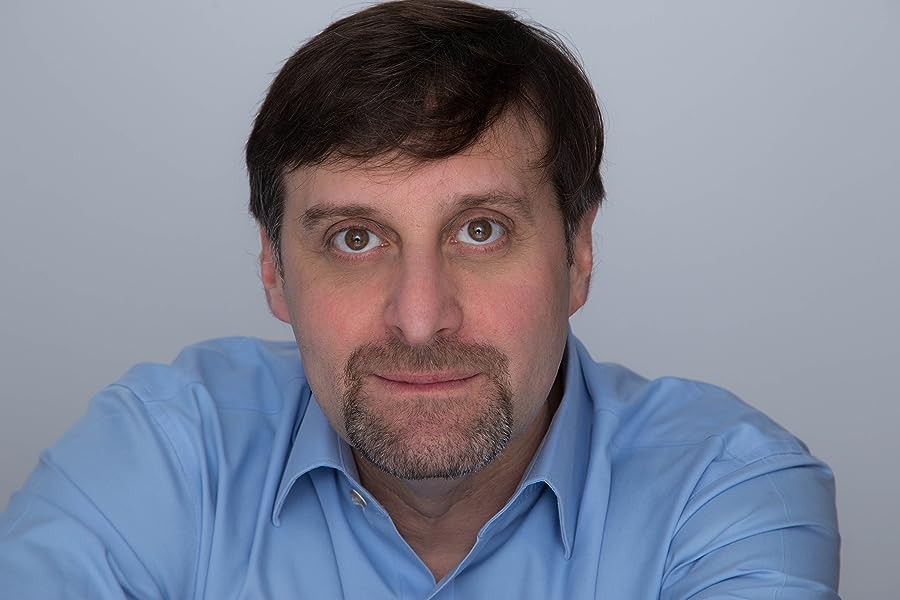 The Wolf of Sarajevo Kindle Edition

Praise for The Wolf of Sarajevo

“A gripping adventure… Fans of thrillers are sure to love this intricate and tense story, and fans of history will appreciate Palmer’s careful plotting.”—Bookish

“Suspenseful . . . Well-written, exciting, and fast-paced fiction by a diplomat with deep knowledge of the Balkans.”—Kirkus Reviews

“Palmer’s first-hand knowledge of the Bosnian War means that this plot is spot on!”—Suspense Magazine

Praise for the novels of Matthew Palmer:

“This is first-rate fiction.” —Kirkus Reviews (starred review) --This text refers to an out of print or unavailable edition of this title.

Matthew Palmer is a twenty-five-year veteran of the U.S. Foreign Service and a member of the Council on Foreign Relations, currently serving as the director for multilateral affairs in the State Department’s Bureau of Asian and Pacific Affairs.  Palmer has worked as a diplomat all over the world, but his ties to the Balkans are especially deep.  In addition to a serving as the desk officer for rump Yugoslavia (Serbia and Montenegro) through the end of the 1999 Kosovo conflict, Palmer was posted twice to the American Embassy in Belgrade, initially as a first-tour officer at the height of the war in Bosnia and, more recently, as political counselor.  In that position, he played a leading role in securing the “April 19 Agreement” that started Serbia and Kosovo down the road toward normalization.  Palmer speaks fluent Serbo-Croatian, and his many experiences in the region served as inspiration for The Wolf of Sarajevo. --This text refers to an out of print or unavailable edition of this title.

Doug Norton
5.0 out of 5 stars SO GOOD I READ IT TWICE!
Reviewed in the United States on August 26, 2017
Verified Purchase
In prose that strikes as powerfully as a sniper’s bullet and in granular detail that reminds us that Palmer isn’t only imagining, he’s remembering, The Wolf of Sarajevo races through the twisting, booby-trapped pathways of ethnic conflicts in the former Yugoslavia. The reader is immediately made a spectator to genocide. Within ten pages the book’s opening epigrams have been transformed from detached observations into self-appointed executioners and victims whose still-warm bodies disappear beneath cascades of bulldozed earth.

The plot propels readers like a Formula One engine at full throttle. As its threads twist and entangle, only to separate and rejoin, Palmer treats us to memorable characters, suspense, and surprises. Occasionally he turns aside to comment deftly on the craft of diplomacy and its uneasy partnership with espionage and on the foibles of various nationalities, including his own. This is a novel with attitude, both the characters’ and the author’s.

Palmer’s characters are memorable and they range from inspiring to entertaining to chilling. A CIA covert ops team is a merry band of thugs, whose leader is more Butch Cassidy than Mitch Rapp. But there’s a Bosnian Serb sniper who is as devoted to the art of killing as some are devoted to God or their children. For him, killing from a distance is an act of worship. “Wolf” delivers the righteous-feeling use of violence and the smack-downs of bad guys by good guys that are part of the attraction of a good thriller, while also reminding readers of the actual genocides of the past century and this one. Preventing yet another genocide is the quest of the hero, Foreign Service Officer Eric Petrosian and this is clearly more than a plot device to the author, Foreign Service Officer Matthew Palmer.

As in his other books, Palmer keeps us in the gray area where much of diplomacy and, indeed, life operate. There are few situations where good and bad are separated by a straight, bright line. Petrosian and his co-protagonist, CIA field officer Sarah Gold, are keenly aware that both the state department and the CIA want foreign policy rewards without risk and that’s not possible in the Balkans. They appreciate the irony that individual acts of decency may in some cases undermine the greater good. They butt heads when their differing views of morality and law collide.

I enjoyed this book so much that I raced through it and then immediately read it again, savoring the complexity of the plot and the power of the author’s descriptions of settings and people. When I finished I had collected gems overlooked in my sprint. One example: Searching for clues, Petrosian tracks down a Serbian Orthodox priest, in youth a political firebrand, now a quiet keeper of souls and bees. He finds the priest near “an apple tree that was too old to produce fruit but that could still make good shade.” Only at second reading did I appreciate that this phrase is not only an evocative setting of scene, it’s also a metaphor for the priest’s life journey
.
Thrillers don’t come any better!

Book Addict 44
5.0 out of 5 stars Another Great Geopolitical Thriller by Matt Palmer
Reviewed in the United States on July 17, 2017
Verified Purchase
Matt's characters are deep, conflicted and complex. The Ambassador character has only a superficial grip on the issues at stake....Matt's lower-ranking protaganist is actually much more informed and connected than his boss, earning him the trust of a European colleague who sees his talent. The plot is well-paced and gripping. Matt also gives us an education about the historical and cultural conflicts of this area. This is a part of the world Matt is very familiar with, and as always, his books are well researched and informative. His novels are always a compelling read with great plot twists. Matt's dialogue is clever and engaging, and he always adds insightful observations in his narrative. Loved this one.
Read more
Helpful
Comment Report abuse

GIRLFREN
4.0 out of 5 stars Matt Palmer is a StoryTeller
Reviewed in the United States on March 11, 2019
Verified Purchase
Having lived in Sarajevo and understanding the culture of Bosnia - I was entranced the minute I started reading this book. Matthew Palmer spins a lovely novel - I can't wait to read his next one!
Read more
Helpful
Comment Report abuse

Kindle Customer
5.0 out of 5 stars Current and entertaining
Reviewed in the United States on October 22, 2018
Verified Purchase
As always, Matthew Palmer writes a convincing and engaging thriller, infused with his knowledge and familiarity with the workings of political operatives around the world.
Read more
Helpful
Comment Report abuse

Kindle Customer
5.0 out of 5 stars Fantastic book.
Reviewed in the United States on August 14, 2016
Verified Purchase
Great blend of historical fiction and action thriller. Helps put into context the struggles and hopes of ethnic groups in Balkan region. I genuinely cared about Eric, the protagonist. This an easy path to learning more about a region woefully undercovered in recent years.
Read more
Helpful
Comment Report abuse

Kathy G
5.0 out of 5 stars Excellent book.
Reviewed in the United States on May 3, 2017
Verified Purchase
Excellent book. May have to re-read it and refer to a map because it involves an area of the world that I am not that familiar with. Most of us In America have no idea.......
Read more
Helpful
Comment Report abuse
See all reviews

Janie U
5.0 out of 5 stars Engaging fictional account based in a complicated region
Reviewed in the United Kingdom on January 3, 2017
Verified Purchase
This book had been chosen as my book club read for the month. I initially approached it with some hesitation as I'm not a great fan of spy thrillers and know little about this particular area/conflict. Maybe it would turn out to be a good learning experience?
As soon as I started reading I was hooked. The background to the novel is fascinating and I did learn huge amounts, both from the book itself and the research I did to support the story. The region is very complicated and I knew even less than I had thought. The main character seems to be drawn as a metaphor of the area - he is complex and has significant events in his past which effect his present and cannot be ignored. For the ignorant (me included!) there are plenty of efforts made to try to explain the history of the area - the author repeats some points many times which help them to stick in the readers head and draws attention to their significance. The book flips to the past continually showing major events for the region and for the characters in the story, over and over this shows how deep rooted the past is in the present.
There is a high level of detail that makes the book very visual. A particular example of this is a bar in Zvornik which I could almost see myself sitting in.
Dialogue is written very naturally and conversations are genuine, particularly between Eric and Sarah.
I came away from this book with more knowledge of the complexity of this region and some understanding of the sophisticated politics.