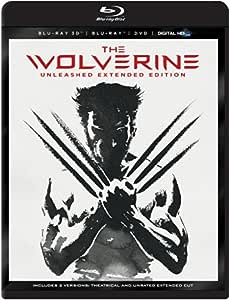 Based on the celebrated comic book arc, this epic action-adventure takes Wolverine (Hugh Jackman), the most iconic character of the X-Men universe, to modern day Japan. Out of his depth in an unknown world he faces his ultimate nemesis in a life-or-death battle that will leave him forever changed. Vulnerable for the first time and pushed to his physical and emotional limits, he confronts not only lethal samurai steel but also his inner struggle against his own immortality, emerging more powerful than we have ever seen him before.


In 2013's summer of superheroes, The Wolverine breaks a lot of rules of the genre and comes out a winner for the most unexpected of reasons. Both the movie and the man (make that super-man) are driven by vengeance, anger, and the existential angst of the whole "with great power comes great blah, blah, blah" thing. But The Wolverine has a sense of higher responsibility and a quietude that distinguishes it from the likes of Iron Man 3, Man of Steel, and even the numerous X-Men movies that forged its legacy. With Hugh Jackman reprising the role (for the sixth time) that made him a movie star, The Wolverine is the least like any of its predecessors for the way it prefers subdued tension and real dramatic buildup of character rather than all-out frenzied action. There are plenty of elegantly realized set pieces that make visual sense and have direct bearing on the story (not necessarily things that are a priority in other mega-budget actioners), but the moments of talk and gentler sense of introspection that director James Mangold carefully oversees are more important and equally as satisfying. The events of The Wolverine take place in the aftermath of 2006's X-Men: The Last Stand, with Wolverine/Logan's grief over the death of Jean Grey (Famke Janssen) still raw. He's become a hermit somewhere in the frozen north, still seething with inward rage. The appearance of a lethal Japanese pixie named Yukio (Rila Fukushima) distracts him with a message from an old friend who wants to say goodbye. He's whisked to an idealized, manga-inspired Japan where billionaire industrialist Yashida (Hal Yamanouchi) is about to pass on. Logan saved him near the end of World War II (a truly haunting sequence), a debt Yashida wishes to repay by relieving Logan of the curse of his immortality and the healing power of his adamantine bones (and claws). Mangold has cited numerous samurai films as inspiration, and The Wolverine stands out as a classic eastern western for the thematic elements it incorporates from Japanese cinema and the iconic American genre. The other important characters in this cunningly entertaining morality play are Yashida's beloved daughter Mariko (Tao Okamoto), who battles ethereal dream encounters with Jean Grey for Logan's heart, and his evil son Shingen (Hiroyuki Sanada). There's also Yashida's creepy, statuesque doctor, who we later get to know as Viper (Svetlana Khodchenkova), another mutant who may actually have the power to kill Wolverine. The story is loosely based on a popular Wolverine comic series from 1982 that sets the stage for all the mythical Japanese elements, including a final battle with a scary adamantine samurai warrior-bot. Another super-cool CGI action scene is set on top of a bullet train going top speed (believe it or not, Jackman's enormous, ripped, straining, hyper-vascularized pecs and neck were not computer-enhanced). The Wolverine is an unexpected success in the year's blockbuster field for action that is in service of the story and for a temperament that pays homage to samurai ronin legends as well as James Bond-style summer-movie joyousness. That it is 2013's least superhero-clichéd comic book fantasy is also high praise. And with The Wolverine still cursed with immortality, there will no doubt be more praises as the X-Men universe continues to expand (be sure not to look away before the credits are through). --Ted Fry

Page 1 of 1 Start overPage 1 of 1
This shopping feature will continue to load items when the Enter key is pressed. In order to navigate out of this carousel please use your heading shortcut key to navigate to the next or previous heading.
Back
Next
Pages with related products. See and discover other items: 3d movies