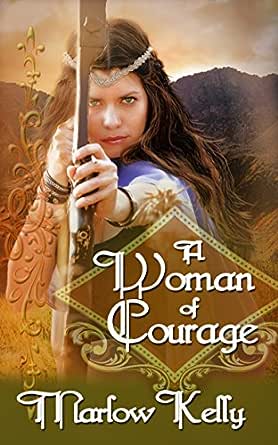 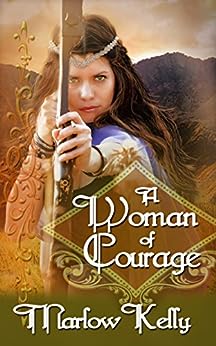 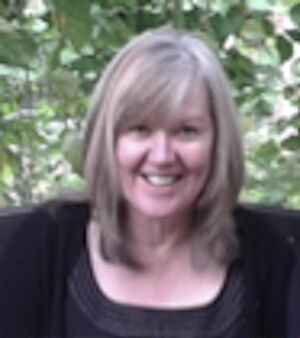 "A Woman of Courage by Marlow Kelly is the beautiful tale of two peoplewho had a haunting past but that still manage to come together. While I normally complain that books are too short, A Woman of Courage is the perfect length. The back story that puts Fianna and Connell in the position as leadersof their respective clans is all there and is explained thoroughlyenough to leave no questions about what happened. That's refreshing for a short book as normally the back story is sacrificed to keep the bookshort. The imagery is beautiful and at times it felt like I was rightthere with Fianna or Connell, or both! Amazing, simply amazing!"

Katie O'Sullivan
5.0 out of 5 stars Loved the authenticity in this historic romance
Reviewed in the United States on April 18, 2016
Verified Purchase
Historical romance isn't my usual genre, but this one is set in an interesting time period, in the clans of ninth century Ireland battling Viking invaders. And as the title suggests, it features a strong female lead. A kickass 9th century heroine, if you will. Gotta love it!

Because of the unusual time setting, the author includes a brief forward to set the stage, showing that she did her research and strives for authenticity. According to Kelly, "Although Ireland was a male-dominated society, women were allowed greater freedom, independence and property rights than other European societies of the time."

Against this backdrop we meet Fianna Byrne, the queen of her clan and former wife to neighboring king, Connell O'Neill. They have a son together, who is being fostered elsewhere as was the custom. When Fianna's village is attacked and devastated by Viking raiders, she fights until left for dead. Upon waking, her first thought is of her son, and the need to warn neighboring clans of the invaders. Despite the ill feelings between her and Connell, he is the father of her child and deserves the chance her village never got.

Connell O'Neill has complicated feelings for his ex-wife, despite asking for the divorce and spreading nasty lies about her character. His main problem being that he never stopped loving her.

Told in alternating points of view, the reader can sympathize with both sides of their complicated relationship, and the fact that there are two separate clans now depending on this couple to figure out a path to survival for them all. The author adds in lots of little historic details which drew me into the story, as well as keeping the action moving forward at a fast clip. The story is a long novella in length, which I read in one sitting and enjoyed immensely.

If you like authenticity in your historic romance, and maybe something a little different than a Victorian or Edwardian setting, I can whole heartedly recommend A Woman of Courage by Marlow Kelly. 5 stars for sure!

Mary Gillgannon
5.0 out of 5 stars Action-packed romance from Viking age Ireland.
Reviewed in the United States on May 12, 2016
Verified Purchase
Gritty, action-packed romance from Viking age Ireland. I love romances where the stakes are high and the conflicts/issues between the hero and heroine are realistic and intense. For a novella the character development was exceptional. These characters seemed real and alive. I will definitely look for more books by Ms. Kelly.
Read more
Helpful
Comment Report abuse

BevW
5.0 out of 5 stars Another great novella from Marlow Kelly
Reviewed in the United States on November 13, 2015
I was very pleased to be asked once again to read and review an advanced copy of one of the books in the Honour, Love & Courage series by Marlow Kelly. The opinions expressed are completely my own.

Each of the novella’s in this series is a stand-alone read and they are only connected in that they describe the stories of strong woman. The third and final novella, A Woman of Courage, is set in Ireland in the year 810 AD. The cover of the book is the best cover yet of this series and as soon as I saw it I wanted to get started on reading the novella. The female pictured on the cover looks positively fierce!

Kelly began this novella by giving the reader some background information about early Irish history, culture , Celtic Christianity and the roles that women might play. She included information on marriage and divorce in that time period and having this information upfront made the context of the story easier to grasp.

Fianne Byrne, the woman of courage was a leader of her clan. She had been married, had given birth to a son and then was divorced by her husband who later took charge of raising their son. As the story begins, Fianna has survived an attack on her clan by Vikings, and as one of very few survivors, has managed , despite her wounds, to make it to the gates of her ex-husbands fort. She has no idea how she will be received and whether help will be forthcoming for the other survivors of her clan.

Connell O’Neill, the King of the O’Neill clan, has always regretted letting his wife go. He chose to divorce her because he thought it best for her safety, but she was completely unaware of his reasoning. Little did she know (or any of the members of his clan) that he was still in love with her. Her arrival gives him a second chance, but he has to persuade her and also the other members of his own clan. Fianna has always believed that her “lust” for her husband turned her into a woman unworthy of being his wife.

Their marriage had been twelve years earlier and had lasted only three months. Connell is only 31 as the story begins. Fianna has come to him, not just to seek help for her people, but also out of fear that the Vikings will attack here next and perhaps kill her son. This is actually a non-issue as he has been sent elsewhere for awhile. I can only imagine how difficult it must have been for her to give up her son born after the divorce. Regardless, she wants to warn his people of what may come so they can be prepared and then she wants to go back and take care of any survivors, helping them to find food and shelter.

For both characters, this event has allowed them to start over, but trust needs to be regained before they can move forward emotionally. Connell does his best tot ake care of her physical wounds and hunger, but at the first opportunity, Fianna is off and away with one of Connell’s horses, trying to get back to her people. Connell is soon off after her with five of his men and his horrified at the damage he sees at her fort Rathtrean.

I have to say that I loved the physical descriptions of where they both lived. I have visited Ireland and seen some of the remains of ring forts and it was fascinating to read a story set in one of them. The descriptions of the battle are horrifying as is the thought that young children were taken as slaves. As she tells Connell what happened as best she can remember it, they begin to connect once again. He believes her and is impressed with how some of her people managed to survive. Together with the survivors, they had back to Duncarraig, home of the O’Neills. It isn’t long before Fianna and Connell connect on the physical level once again. This didn’t seem unreasonable given that at times of trauma connecting through sexual interaction can be life affirming, but sex without love can also affect self-esteem and past history between these two leaves Fianna feeling insecure and ready to run once again.

I don’t want to spoil the ending for readers so suffice it to say, Fianna has a chance to prove herself and her strength and courage. Connell has an opportunity to explain his past actions and seek forgiveness. The story has a happy ending.

I still believe that Marlow Kelly needs to write full-length novels. Although I really enjoyed this story, I would have loved to have more and to learn more about other characters in the story, including their son.

This was a quick read, with very few typographical errors and easily matches up to the other two novella’s in the series. I definitely recommend it.
5 stars
Read more
Helpful
Comment Report abuse

Midnight Attic Reader
4.0 out of 5 stars A Woman of Courage
Reviewed in the United States on November 14, 2015
Fianna has never recovered from Connell divorcing her after three memorable months of marriage, so she had tried to stay away from him and his people as much as possible, but a Viking attack on her own settlement leaves her with little choice but to seek his assistance for the good of her people and in the hopes that warning him of the threat will safeguard their son, Lorcan. Now that he’s out from under his father’s thumb, Connell sees it as his opportunity to make up for past mistakes and seize his chance to make things right. This story takes place in 9th Century Ireland, and a lot of what happened to separate Connell and Fianna in the first place had to do with politics. An interesting glimpse into early Irish society. Fianna was such a strong character, moving ahead with determination even when things got tough. Made me wish Connell had shown a little more backbone when they were younger, but I guess better late than never. This is a fairly short story, and only covers a few days events. Fun, adventurous read, with a great heroine!

Note: This book was provided to me by the author for an honest review.
Read more
Helpful
Comment Report abuse
See all reviews