Add to Cart
$14.68
& FREE Shipping on eligible orders. Details
Sold by: Amazon.com
Have one to sell?
Sell on Amazon 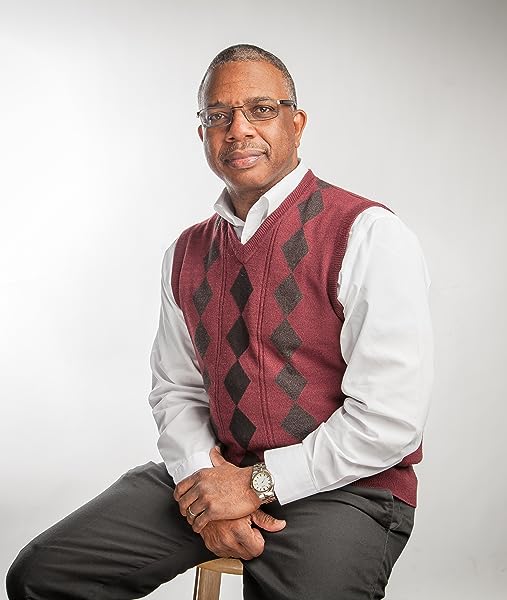 Start reading Woman of the Woods on your Kindle in under a minute.

4.3 out of 5 stars
4.3 out of 5
18 customer ratings
How does Amazon calculate star ratings?
Amazon calculates a product’s star ratings based on a machine learned model instead of a raw data average. The model takes into account factors including the age of a rating, whether the ratings are from verified purchasers, and factors that establish reviewer trustworthiness.
Top Reviews

Ashley N. Chappell
5.0 out of 5 stars Incredible read
Reviewed in the United States on February 13, 2020
Verified Purchase
This is my first Sword and Soul novel, and now I'm completely hooked. Mr. Davis' characters hit all the high spots for me - a strong female lead who shines entirely on her own without diminishing the strength of the other characters, complex characters with deep wells from which to grow, and clearly sympathetic foes and heroes. Best of all, it is filled with lush details into his obviously well-researched world - I'm a fiend for early cultures and supernatural lore, and Mr. Davis' land of Meji is a pure delight from beginning to end. Speaking of - I'm diving into Meji Book One next!
Read more
One person found this helpful
Helpful
Comment Report abuse

R. Kyle
5.0 out of 5 stars beautiful coming of age tale in alternate Africa
Reviewed in the United States on June 28, 2013
Verified Purchase
I first became acquainted with sword and soul fiction via the work of Carole McDonnell. Her book, "Wind follower," made me seek out other authors, including Mr. Davis and Charles Saunders.

The story takes place in Davis' alternate Africa. A forbidden relationship creates a lovechild who would have been condemned to death had anyone in power known. The Shosa, warrior woman, who bore the child sought a safe place for her on a local farm with the young couple who had another child.

Yet there is no safe place for the warrior born. When Sadatina's village is threatened by the enemy, Mosele, her natural abilities come to bear. Sadatina saves a pair of lioness cubs and the trio go out to fight the enemy.

"Woman of the woods" is beautifully written. I found myself lost in an imaginary world, not wanting the book to end. the writing is so evocative it could easily lend itself to film our graphic novels.

While this book is part of a series, it is possible to read it independently of the prior books. However I plan to seek out the rest of the MEJI novels and read them.

Brandon Scott Pilcher
4.0 out of 5 stars Short yet sweet and satisfying
Reviewed in the United States on January 1, 2016
Verified Purchase
Even if it's a fairly short novel, it's a very satisfying read with rich world-building (influenced by real African history and culture) and deep, complex characters. The writing style is effectively descriptive without bogging the reader down in details or obscure word choices. My only serious criticism is that, in various spots of the novel and his other writing, Mr. Davis should say "and then" rather than simply "then". But otherwise a worthy addition to your sword & soul collection.
Read more
Helpful
Comment Report abuse

jamil anthony
4.0 out of 5 stars I enjoyed the fantasy
Reviewed in the United States on June 25, 2017
Verified Purchase
The book was a fun read that held my interest. The only complaint I have the author uses some African weapons which are unfamiliar and doesn't give a description of the weapon. I Googled the name but was unable to find anything.
Read more
Helpful
Comment Report abuse

DaVaun Sanders
5.0 out of 5 stars Great Story and Heroine!
Reviewed in the United States on September 2, 2013
Verified Purchase
This novel is my first foray into the Sword and Soul genre. It won't be my last! Sadatina is a young woman never quite sure of her place in youth who eventually accepts her destiny among the Shosa, the hardy warriors and demon hunters of the tale. As you read, the story will also add some perspective from the side of the demons' god and his minions, as well as other major players in Davis' world. I especially liked how the warriors and their foes alike had layers and nuance while striving for their goals. The best reads are the ones where the lines between 'good' and 'evil' start to blur, and you'll find that here. I recommend this, and look forward to reading more of this author's work!
Read more
Helpful
Comment Report abuse

ELM
4.0 out of 5 stars good female lead
Reviewed in the United States on October 15, 2013
Verified Purchase
a good female lead character without having the male characters being less then men. I like that she had a good relationship with her father and brother, and that she did not bitterness to rule her after what happened to her family and lover. I also liked the fact that she was able to connect with her birth mother as well.
Read more
Helpful
Comment Report abuse

Tialms
4.0 out of 5 stars Transfixing Tale ...
Reviewed in the United States on May 31, 2016
Verified Purchase
Once started I was drawn into a world and a journey that I had to see to the end. I definitely recommend this book.
Read more
Helpful
Comment Report abuse

Tabithia Holman
4.0 out of 5 stars Great story!
Reviewed in the United States on May 3, 2015
Verified Purchase
This was my first time reading a sword and soul novel. I thoroughly enjoyed it. Great mix of action, suspense, fantasy and drama. Sadatina was the bomb (no other way to say it)!
Read more
Helpful
Comment Report abuse
See all reviews from the United States