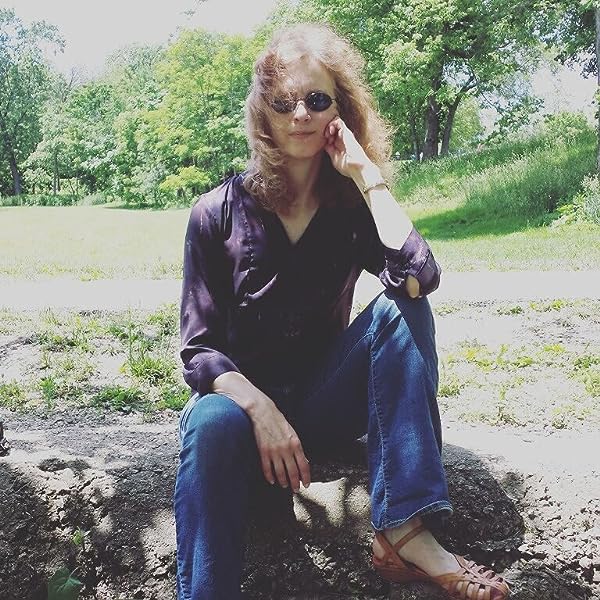 by Kathryn J. Atwood (Author)
4.5 out of 5 stars 29 ratings
Part of: Women of Action (18 Books)
See all formats and editions
Sorry, there was a problem loading this page. Try again.
Read more Read less
Previous page
Next page

“So meticulously researched and jam-packed with engaging stories of extraordinary women, interwoven with the essential facts of the conflict in the Pacific. What an accomplishment! Kathryn Atwood’s finely detailed and fast-paced writing makes for fascinating reading, exquisite close-ups of little-known women and a much needed perspective on World War II. Before the bombing of Pearl Harbor through the long years of Japanese occupation, women bravely, day by day, stood with the victims of war and thwarted the enemy. Finally, their stories are told.” —Mary Cronk Farrell, author of Pure Grit: How American World War II Nurses Survived Battle and Prison Camp in the Pacific

“Anyone who thinks that women’s only responsibility in World War II was keeping morale high on the home front will change this view after reading about spies, prisoners of war, guerilla fighters and other courageous women in Kathryn J. Atwood's Women Heroes of  World War II—the Pacific Theater. By using their own voices from memoirs, diaries and other sources, Atwood clearly lets us know that valor is not, and never has been, only a men’s trait.” —Elizabeth M. Norman author of We Band of Angels: The Untold Story of American Women Trapped on Bataan

Kathryn Atwood’s Women Heroes of WWII-the Pacific Theater tells the stories of fifteen gutsy ladies—writers, agents, activists, nurses, survivors, and others—whose bravery, resilience, and determination to take risks, confront adversity, and even face death are revealed from a perspective too often ignored. A modern day Profiles in Courage.  —David Rensin, co-author with Louis Zamperini of his autobiography, “Devil at My Heels,” and his collection of life lessons, “Don’t Give Up, Don’t Give In.”

“Kathryn Atwood presents refreshing perspective into the horrors of the Pacific War through the forgotten stories of heroines who have mostly been lost in the vast historiography of World War II.”  —Jenny Chan, director, Pacific Atrocities Education

"Amid the cruelty and inhumanity of "the war without mercy," Atwood presents readers, young and old, with inspiring stories of women whose courage and endurance restore our faith in the ability of ordinary people to survive, resist and ultimately triumph over evil." —Robert Messer, Associate Professor Emeritus, 20th Century U.S. History, University of Illinois at Chicago

“This follow-up to Atwood's Women Heroes of World War II (2011) is part helpful informational text, part enthralling narrative; each of these 15 profiles could constitute a cliffhanger screenplay” —Booklist, starred review

"Highly recommended. It’s aimed at teens, but I thoroughly enjoyed it." —The Deliberate Reader

magicwand
5.0 out of 5 stars Brave women during the Big War.
Reviewed in the United States on January 17, 2020
Verified Purchase
Finally, the women get their moment in history books.
Read more
Helpful
Report abuse

Gary J. Horning
5.0 out of 5 stars Great stories!
Reviewed in the United States on January 18, 2019
Verified Purchase
Great book. I loved reading about how women contributed to the war effort. I just wished the stories could have gone into more depth. These women have great stories. Thanks!
Read more
Helpful
Report abuse

Nicole Dahlstrom
5.0 out of 5 stars An Inspiring Read for Anyone, Not Just History Buffs
Reviewed in the United States on May 22, 2017
Verified Purchase
Atwood offers insight into the live's and achievement's of some of the most noteworthy heroines of Pacific World War II. Given how little we hear about this part of history, following these women's point of view was a refreshing way to explore the vast landscape and timeframe.
Read more
Helpful
Report abuse

frances paine
1.0 out of 5 stars Boring!
Reviewed in the United States on July 4, 2019
Verified Purchase
It was not readable.
Read more
Helpful
Report abuse

Veronica Leigh
5.0 out of 5 stars So I highly recommend this book
Reviewed in the United States on September 20, 2016
In the 1930s, the world seemed to go mad. Whilst Europe was in upheaval and the eyes of the world were directed there, a different brand of fascism took root in Japan as well. Taking their cue from the western world, watching how the Americans, British and French colonialized lands that did not belong to them, Japan began to follow in suite. Expanding its territories, the Japanese rained terror down on those they occupied. During that tumultuous period, until the US dropped the atom bombs on Hiroshima and Nagasaki, the lives of fifteen different women were touched. Normal, everyday women who had to rise to the occasion, follow their conscience, and combat the evil that they were facing.
The author arranged to have a copy of her book sent to me to review (Thank you, Kathryn!) and I can’t begin to tell you how much I learned. My knowledge of Japan, China, and the Pacific Theater was limited. I read “Sadako and the Thousand Paper Cranes” when I was eight, studied Japan in the third grade, and heard of the bombing of Pearl Harbor – aside from that I was clueless about Japanese history and how their fascism developed. “Women Heroes of WWII – the Pacific Theater” not only gives a short history lesson, it delves into how Japan went astray and how after the war they were given a pass, unlike Germany. There are fifteen different biographies of women, from journalists to spies to children who were witnesses. Many risked their lives to do what was right. One of the more heart wrenching stories was of a young teenager who was forced to become a “comfort woman” and how years later she came forward to speak of her experiences. While the accounts of some of the ladies in the book are harrowing, girls of all ages need to read this. It is a part of history that we have forgotten and must remember. So I highly recommend this book, and once more thank the author for sending it to me.
[...]
Read more
Helpful
Report abuse

Sarah
5.0 out of 5 stars Compelling WWII Biographies
Reviewed in the United States on October 12, 2016
Kathryn Atwood has written another fascinating book in her series covering women heroes of the world wars. From Claire Phillips who ran a Manila nightclub to get funds to feed American prisoners of war to Jane Kendleigh, who ministered to wounded soldiers in the air as one of the first Navy flight nurses, Atwood presents compelling stories of real women in the thick of the war.

Women Heroes of World War II - The Pacific Theater begins and ends with general information on the war in the Pacific Theater and then moves to focus in on the stories of specific women, presenting an excellent mix of information about the women's lives before the war, their actions during the conflict, and a brief description of their post-war life.

This book will be a useful resource for biography projects, though depending on the class, this one might need to be used with caution. No stories of war are pleasant, but some of these stories are particularly dark, including the torture and starvation of prisoners and the use of imprisoned women as "comfort women" for the Japanese troops. Each eight to eleven page biography includes pictures of the woman covered, sidebar information about the war that directly relates to the story, and sources to use to find more information. The study guide in the book will be especially helpful for teachers wishing to use the book in their classrooms. It provides discussion questions and also suggestions for further, more in-depth projects using additional resources.

I received a complementary copy of Women Heroes of World War II - The Pacific Theater from the publisher in exchange for an honest review.
Read more
One person found this helpful
Helpful
Report abuse
See all reviews