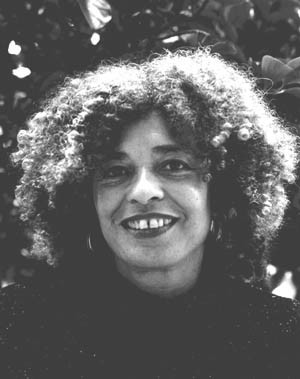 Longtime activist, author and political figure Angela Davis brings us this expose of the women's movement in the context of the fight for civil rights and working class issues. She uncovers a side of the fight for suffrage many of us have not heard: the intimate tie between the anti-slavery campaign and the struggle for women's suffrage. She shows how the racist and classist bias of some in the women's movement have divided its own membership. Davis' message is clear: If we ever want equality, we're gonna have to fight for it together.

"As useful an exposition of the current dilemmas of the women's movement as one could hope for."--Los Angeles Times Book Review

"As useful an exposition of the current dilemmas of the women's movement as one could hope for."--Los Angeles Times Book Review

A powerful study of the women's movement in the U.S. from abolitionist days to the present that demonstrates how it has always been hampered by the racist and classist biases of its leaders.

A powerful study of the women's movement in the U.S. from abolitionist days to the present that demonstrates how it has always been hampered by the racist and classist biases of its leaders.

Angela Y. Davis is a political activist, scholar, author, and speaker. She is an outspoken advocate for the oppressed and exploited, writing on Black liberation, prison abolition, the intersections of race, gender, and class, and international solidarity with Palestine. She is the author of several books, including Women, Race, and Class and Are Prisons Obsolete? She is the subject of the acclaimed documentary Free Angela and All Political Prisoners and is Distinguished Professor Emerita at the University of California, Santa Cruz.
Read more