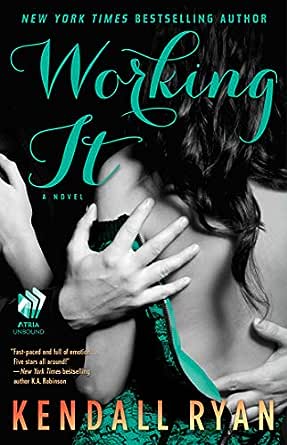 You've subscribed to A Love by Design! We will preorder your items within 24 hours of when they become available. When new books are released, we'll charge your default payment method for the lowest price available during the pre-order period.
Update your device or payment method, cancel individual pre-orders or your subscription at
Your Memberships & Subscriptions 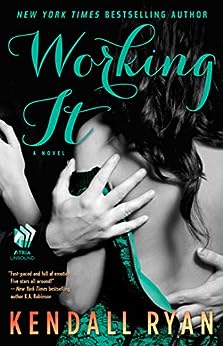 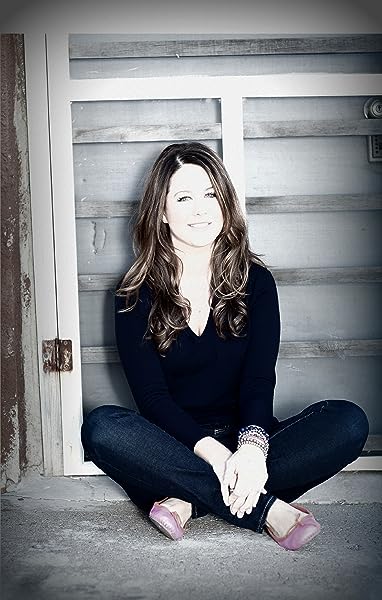 Working It: A Love by Design Novel Kindle Edition 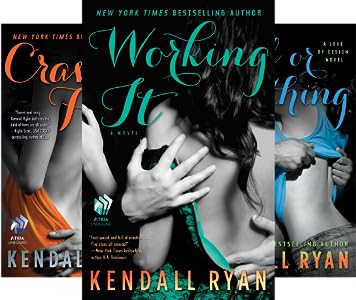 “I was instantly immersed in the glamorous and not so glamorous world of modeling through the narration of Emerson, a heroine [who is] real and down-to-earth and completely relatable. The chemistry between Emmy and the intense but charming Ben is palpable...and did I mention HOT? Speaking of Ben…wow! Ryan does a fantastic job of bringing a male supermodel to life—Ben’s the ultimate book boyfriend! Fabulous! Working It is a romantic and incredibly sexy read.” -- Samantha Young, New York Times bestselling author of On Dublin Street

“Kendall Ryan’s writing style is flawless. Working It is fast-paced and full of emotion. I couldn’t put it down. Five Stars all around!” -- New York Times bestselling author K.A. Robinson

“Glamorous and romantic, Working It is the full package—a gorgeous setting, a beautiful hero, and a heroine you both root for and long to be, especially in those oh-so-sexy scenes.” -- Lauren Blakely, New York Times bestselling author --This text refers to an alternate kindle_edition edition.

Kendall Ryan is the New York Times and USA TODAY bestselling author of the contemporary romance novels Unravel Me, Make Me Yours, Hard to Love, Resisting Her, The Impact of You, and Working It. She's a sassy yet polite Midwestern gal with a deep love of books and a slight addiction to lip gloss. --This text refers to an alternate kindle_edition edition.

4.4 out of 5 stars
4.4 out of 5
171 global ratings
How are ratings calculated?
To calculate the overall star rating and percentage breakdown by star, we don’t use a simple average. Instead, our system considers things like how recent a review is and if the reviewer bought the item on Amazon. It also analyzes reviews to verify trustworthiness.
Top reviews

Toni Garza
5.0 out of 5 stars Whoa!
Reviewed in the United States on November 2, 2019
Verified Purchase
I read some of the other reviews on this book and I was disappointed. This book is fantasy and not everything in a fantasy doesn't always make sense. With that being said, I thought this book was one of her best. The love scenes and romance are so intense. Definitely every girl's fantasy! Having a main character who was so normal and self conscious was relatable. All I can say ab out this book is.......WOW!!
Read more
One person found this helpful
Helpful
Comment Report abuse

KathyD
4.0 out of 5 stars good solid story
Reviewed in the United States on March 25, 2014
Verified Purchase
Well-written, solid story set in the world of high-fashion. Famed and of course scorchingly-hot male model Ben Shaw, growing up with a famous model for a mother, spent his youth immersed in that world, caring for his dysfunctional, over-partying mother. Never had good relationship examples. Emerson (Emmy ) Clarke, Tennessee-girl moving to NYC to work for Status (Ben's agency) as assistant to agency owner Fiona, older Englishwoman who has a history with Ben (and hates most women)- and goes through assistants like water. Emmy's stable, nurtured upbringing and education serves her well...she proves more than capable at her job, & falls into a sexual relationship with Ben that sparks up both of their lives. Bulk of the story takes place in Paris during a 3 month stay where Fiona treats Ben like a piece of meat she's trying to sell to the highest bidder and treats Emmy like a piece of something else. Ben is clear that he doesn't want more than sex with Emmy, but treats her well and little by little they each want more with one another. Fiona is there to sabotage them right and left by being her manipulative self, and Ben feels loyal to her and doesn't walk away when Fiona's obsessive crap throws a huge wrench in his relationship with Emmy. Just enough past drama and interesting lush settings to keep you roped in to the story.
Read more
One person found this helpful
Helpful
Comment Report abuse

Daphne
3.0 out of 5 stars Just okay.
Reviewed in the United States on June 3, 2015
Verified Purchase
This book features the love story of Emmy, a small town southern girl who is the assistant to a sharp-clawed agent in NYC, and Ben, an allegedly broken yet beautiful model. The story arc follows the typical pattern, girl likes boy, boy decides he likes girl, they hook up, external forces cause misunderstanding, chaos ensues. While I like the author's writing style, the story and the characters themselves just didn't click for me - it didn't make sense. Ben really wasn't that big of a mess. He didn't have some huge horrible past, and yet he was characterized as having a boatload of issues. He really didn't. And Emmy was just kind of a whiny thing. She got all wound up about things that were not his fault. All in all, it seemed like this book was trying to be something that it was not. It was trying to make Ben into a Christian or a Gideon with a hideous past, but he didn't have one. And Emmy wasn't a strong character like Ana or Eva. I like the writing style and Kendall Ryan seems to be a prolific writer with many excellent reviews so I will absolutely try another series. But this one just wasn't for me.
Read more
Helpful
Comment Report abuse

The heroine seemed likable enough but I questions how she was able to score not only one super model but two? I mean this is romantic fiction and there should be fantasy in the story and I like that in my books however, the way the heroine was described I did wonder how she was able to capture the attention of two beautiful men?! Kendall wrote in a way that made her seem unredeemedable, unlikeable, even spineless in some scenes.

I can recall two scenes where the hero left the heroine at a party for what apparently seemed like hours because the heroine had a chance to get drunk during one of these scenes while the hero proceeded to chase after the other woman in his life and proceed to come back and explain he wasn't really looking for her at all but was seeking out the heroine the entire time? At the next party he was supposed to meet up with her and she texted him and he seemed to have ignored it, got drunk, had another unidentified girl snuggled up at his side with lines of coke on a table but to which his friend said he'd never touch the stuff. So here's the heroine texting him she was there, wandering around looking for him, unable to find him, and he knows he was going to meet her but he proceeds to party it up, get drunk, and sit with other chicks!?

On top of all this the end was unresolved. Apparently (spoilers ahead) the hero got someone else pregnant because again he was drunk, passed out, and she raped him but he didn't actually consent and woke up to throw her off. And we all blinked and she was pregnant but he isn't sure it is his because she was older and doing a DNA test might somehow cause damage to the baby so they'd have to wait until she delivered to do so and the heroine was okee dokee with that because the hero expressed his love and devotion to her. She's the better girl than I am because I'm unsure how ok I'd be with that.

Kendall said book three with include the secondary model character's story but I'm confused about book two? Will that continue Ben and Emmy's story? I sure hope so because it completely left me hanging and as far as I know Kendall hasn't really addressed yet if the next book is a sequel or not even though it is already available for preorder.
Read more
3 people found this helpful
Helpful
Comment Report abuse
See all reviews