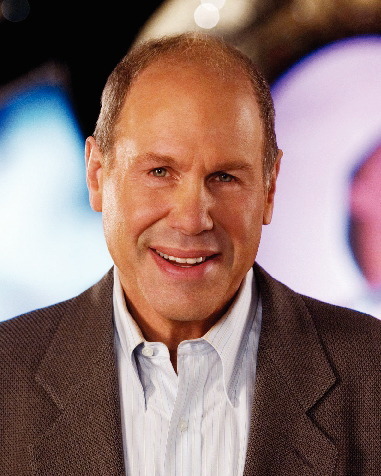 by Michael D. Eisner (Author), Aaron R. Cohen (Author)
4.4 out of 5 stars 65 ratings
See all formats and editions
Sorry, there was a problem loading this page. Try again.

In Working Together, a fascinating and invaluable look at why great partnerships succeed, former Disney CEO Michael Eisner discusses how professional partnerships have contributed to his success. In addition, Eisner tells the stories of nine other highly successful business collaborations, including Warren Buffett and Charlie Munger, Valentino and Giancarlo Giammetti, Bill and Melinda Gates, Joe Torre and Don Zimmer, and Brian Grazer and Ron Howard.
Read more
Previous page
Next page

In business there are always unique individual achievers, but pull down the veil and you'll often find someone alongside them. Using his own collaboration with Frank Wells at Disney as a launching point for examining other famously successful partnerships, Michael D. Eisner provides an intimate and deeply personal look at some of the most rewarding business partnerships—from investment gurus to entertainment impresarios, from fashion designers to big-box retailers—uncovering what makes them tick and offering unconventional wisdom and unexpected insights.

Michael D. Eisner has been a leader in the American entertainment industry for four decades. While president of Paramount Pictures, he turned out hit films such as Raiders of the Lost Ark and Saturday Night Fever. As chairman and CEO of The Walt Disney Company, he transformed a film and theme park company with $1.8 billion in enterprise value into a global media empire valued at $80 billion. In 2005 Eisner founded The Tornante Company, a privately held corporation that makes investments in and incubates companies and opportunities in the media and entertainment space.

Aaron Cohen, a writer and television producer, has won thirteen Emmy Awards and a Peabody Award for his work at NBC and HBO, and has twice received the Dick Schaap Award for Outstanding Writing for his work on the critically acclaimed boxing documentary series 24/7.

Start reading Working Together: Why Great Partnerships Succeed on your Kindle in under a minute.

For four decades, Michael D. Eisner has been a leader in the American entertainment industry. He began his career at ABC, where he helped take the network from number three to number one in prime-time, daytime, and children's television. In 1976 he became president of Paramount Pictures, turning out hit films such as Raiders of the Lost Ark and Saturday Night Fever. In 1984 Esiner was appointed chairman and CEO of The Walt Disney Company and, in the ensuing twenty-one years, transformed it from a film and theme park company with $1.8 billion in enterprise value into a global media empire valued at $80 billion. In 2005 Esiner founded The Tornante Company, a privately held corporation that makes investments in and incubates companies and opportunities in the media and entertainment space. Visit his website at www.michaeleisner.com.

Joseph C. Kusnan
3.0 out of 5 stars Book Just Okay, but Frank Wells Chapter is Worth It
Reviewed in the United States on March 22, 2013
Verified Purchase
The subtitle of this book is, "Why Great Partnerships Succeed" but it never really answers the question. The Frank Wells chapter is worth the price of the book alone, nonetheless. Only Michael Eisner could have written that. Frank Wells is still missed nearly 20 years after his tragic death in a helicopter accident. Frank Wells is strong evidence that how you treat people in life is remembered long after you are gone. The other interviews/profiles in the book are a bit hackneyed and have been covered extensively elsewhere (Buffett/Munger). This book might have benefited from a bit more introspection or analysis from Eisner. For example, it could have included some counterexamples of disagreement, tension, challenges and/or even partnerships that didn't work. Ovitz/Eisner is one obvious example. "Why Great Partnerships Fail" is probably the subject of a different, perhaps equally noteworthy, business book.
Read more
2 people found this helpful
Helpful
Report abuse

Sean
5.0 out of 5 stars Opened my eyes to the impact a solid partnership can have...
Reviewed in the United States on May 25, 2013
Verified Purchase
I've always been a solitary business man. I've liked to launch businesses alone and keep the pie to myself.

But Michael Eisner's book "Working Together" really changed everything for me. It introduced me to a number of examples of beautiful partnerships, where each individual was better for having the other by his side.

Furthermore, the book was just an enjoyable read. Its so cool to hear about all of these REALLY successful business celebrities and how a partnership early on helped get them to where they are.

Jeff Kober
1.0 out of 5 stars That was a Disappointment
Reviewed in the United States on January 14, 2011
Verified Purchase
I was very interested in reading this book. I don't want to trash Eisner. I think if it were not for he and Frank Wells there might not be a Walt Disney Company today. I thought this was a real opportunity for him to more fully explore what worked between he and Frank. In the end, I found little more than his conversation about the relationship in his autobiography. That was a disappointment.

He goes on to explore other successful partnerships. Some are from Hollywood, like Brian Grazer and Ron Howard, which I found interesting. Some were outside Hollywood like Warren Buffett and Charlie Munger. Also interesting. But then he goes on to talk about Valentino and Giancarlo Giammetti. If that were a marriage, we would call it dysfunctional or co-dependent. But I wouldn't call it a great partnership. That was a disappointment.

Eisner then goes on to highlight Steve Rubell and Ian Schrager. They founded Studio 54. This is the best we can produce in a great partnership? Really? Why didn't he highlight Bonnie and Clyde? I found no inspiration from that story. That was a disappointment.

What was really missing was a study of the greatest Hollywood pair, past and present. Here Eisner headed Disney, but it's absent of any real conversation about Walt and Roy. Was there any more successful pair, not just in Tinseltown, but in corporate America? And then there's the best modern day example of all--John Lasseter and Ed Catmull. They not only made Pixar what it is today, they've had to go back and pick up the pieces left by the Eisner era. That was a big disappointment.

In short, while the book has few merits, and in fact, is a disappointment.

Lenaz
5.0 out of 5 stars Every business person should read
Reviewed in the United States on January 15, 2014
Verified Purchase
Actually I read this book when it was first published. Bought this copy for my son, who is considering a partner in his business.
Read more
Helpful
Report abuse

Mykie
4.0 out of 5 stars Partners, can't live with them, can't run a lucrative business with out them.
Reviewed in the United States on August 23, 2015
Verified Purchase
A book filled with stories of incredible insight into the different personalities of varying partnerships. These stories are short and pleasant with a twist of great advice. Not only does it give an example of what to expect from a potential partner but, how to be an incredible partner yourself. Major take away from this book: Communication. 4/5 would recommend to a friend.
Read more
Helpful
Report abuse

cc
5.0 out of 5 stars Five Stars
Reviewed in the United States on December 9, 2014
Verified Purchase
one of the best books this year
Read more
Helpful
Report abuse

Helmuth Ludwig
5.0 out of 5 stars real life - fun to read
Reviewed in the United States on September 24, 2011
Verified Purchase
Michael Eisner describes in a very lively way the strengths of personal partnerships in business. The book is fun to read and full of anectodes that make good top managers even better ones, but recognizing the power that lies in real trustful partnerships.
Read more
Helpful
Report abuse
See all reviews

J. Harris
4.0 out of 5 stars 1 + 1 = 3 (and more)
Reviewed in the United Kingdom on September 20, 2014
Verified Purchase
This is a timely book with the overarching theme of trust. Eisner points out that fundamental to all successful relationships, personal and business, is trust. Told through the stories of some of the most successful business and philanthropic partnerships; Eisner & Wells, Buffett & Munger, Bill & Melinda Gates, the book examines why working together can be much more constructive than working alone. Whilst Eisner ultimately concludes that you still need a leader, someone accountable for decisions at the very highest level, forming partnerships with people who offer complimentary skills can strengthen leaders.

In the conclusion Eisner cites a renowned Harvard study into happiness, which found that the common thread of those who had sustained happiness in their lives was not wealth and power, but rather successful long-term relationships with other people. Whilst it is easy to fall into the trappings of idealistic hero-worship with visionary leaders (a theme pushed by the media), most successful business executives will tell you that they couldn’t have got to the top alone. Working together encourages teamwork, accountability and respect, which in Eisner’s findings at least, can lead to sustained happiness when successfully implemented.
Read more
2 people found this helpful
Report abuse

joseph
5.0 out of 5 stars Great business book
Reviewed in the United Kingdom on July 14, 2019
Verified Purchase
Great book, with wonderful insights and concise. Makes a great point about the value of partnership in family and professional life.
Read more
Report abuse
See all reviews