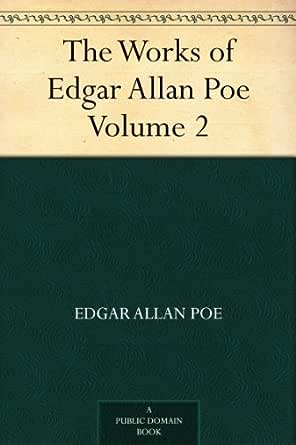 You've subscribed to The Works of Edgar Allan Poe! We will preorder your items within 24 hours of when they become available. When new books are released, we'll charge your default payment method for the lowest price available during the pre-order period.
Update your device or payment method, cancel individual pre-orders or your subscription at
Your Memberships & Subscriptions
There was an error. We were unable to process your subscription due to an error. Please refresh and try again. 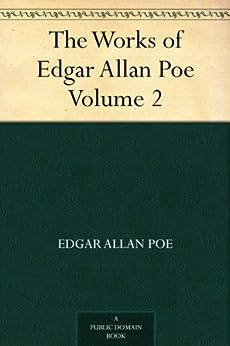 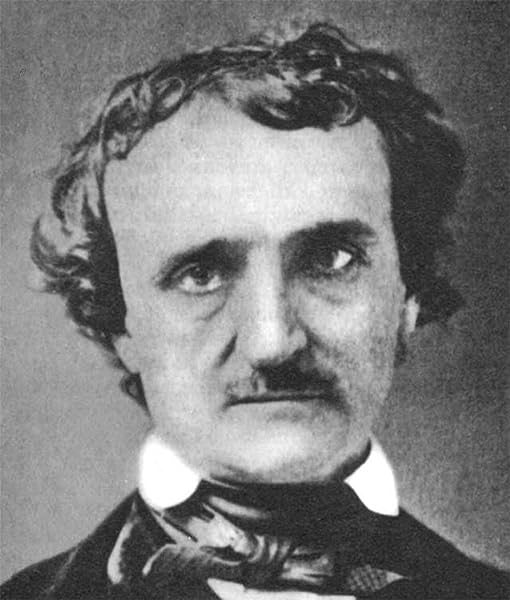 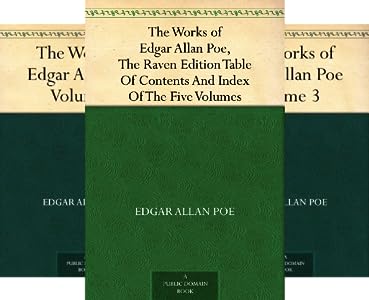 Edgar Allan Poe (born Edgar Poe; January 19, 1809 – October 7, 1849) was an American writer, editor, and literary critic. Poe is best known for his poetry and short stories, particularly his tales of mystery and the macabre. He is widely regarded as a central figure of Romanticism in the United States and American literature as a whole, and he was one of the country's earliest practitioners of the short story. Poe is generally considered the inventor of the detective fiction genre and is further credited with contributing to the emerging genre of science fiction. He was the first well-known American writer to try to earn a living through writing alone, resulting in a financially difficult life and career. Poe was born in Boston, the second child of two actors. His father abandoned the family in 1810, and his mother died the following year. Thus orphaned, the child was taken in by John and Frances Allan of Richmond, Virginia. They never formally adopted him, but Poe was with them well into young adulthood. Tension developed later as John Allan and Edgar repeatedly clashed over debts, including those incurred by gambling, and the cost of secondary education for the young man. Poe attended the University of Virginia for one semester but left due to lack of money. Poe quarreled with Allan over the funds for his education and enlisted in the Army in 1827 under an assumed name. It was at this time that his publishing career began, albeit humbly, with the anonymous collection of poems Tamerlane and Other Poems (1827), credited only to "a Bostonian". With the death of Frances Allan in 1829, Poe and Allan reached a temporary rapprochement. However, Poe later failed as an officer cadet at West Point, declaring a firm wish to be a poet and writer, and he ultimately parted ways with John Allan. Poe switched his focus to prose and spent the next several years working for literary journals and periodicals, becoming known for his own style of literary criticism. His work forced him to move among several cities, including Baltimore, Philadelphia, and New York City. In Richmond in 1836, he married Virginia Clemm, his 13-year-old cousin. In January 1845, Poe published his poem "The Raven" to instant success. His wife died of tuberculosis two years after its publication. For years, he had been planning to produce his own journal The Penn (later renamed The Stylus), though he died before it could be produced. Poe died in Baltimore on October 7, 1849, at age 40. --This text refers to an alternate kindle_edition edition.

4.5 out of 5 stars
4.5 out of 5
503 global ratings
How are ratings calculated?
To calculate the overall star rating and percentage breakdown by star, we don’t use a simple average. Instead, our system considers things like how recent a review is and if the reviewer bought the item on Amazon. It also analyzes reviews to verify trustworthiness.
Top reviews

DragonWing
5.0 out of 5 stars No list of contents, so let me provide one for you
Reviewed in the United States on May 2, 2010
Verified Purchase
I write blog reviews for  The Kindle Blog Report , and am branching out into reviewing books available for Kindle.

Since the publishers of this ebook don't list its contents I'll list them for you here (The book itelf does have the TOC hotlinked:

The Purloined Letter
THe Thousand and Second Tale of Scheherazade
A Descent into the Maelstrom
Von Kempelen and his Discovery
Mesmeric Revelation
The Facts in the Case of Mr. Valdemar
The Black Cat
The Fall of the House of Usher
SIlence - a fable
The Masque of the Red Death
THe Cask of Amontillado
The Imp of the Perverse
THe Island of the Fay
The Assignation
THe Pit and the Pendulum
THe Premature Burial
The Domain of Arnheim
Landor's Cottage
William Wilson

Attorney Shenandoah Titus - Author of THE WHISTLEBLOWER: Defeating Bullies, Harassers & Management Gang Retaliation (warn-honor dotcom)
3.0 out of 5 stars Delightful
Reviewed in the United States on May 24, 2019
Verified Purchase
Poe is one of my favorites, and this was a delightful read. As a whistleblower attorney, author and CEO of a national office that confronts workplace bullying, I find that reading across different genres helps relieve stress and provides a relaxing diversion.

It also broadens one's mind and deepens one's literary repertoire. In short, being a prolific reader across diverse genres makes one more interesting.

Notwithstanding its flaws, I am grateful for this reading experience.
Read more
One person found this helpful
Helpful
Report abuse

Diana S. Long
5.0 out of 5 stars Worthwhile and enjoyable read.
Reviewed in the United States on January 24, 2015
Verified Purchase
In this second volume of short stories, the author takes us though a journey of first person narratives, sometimes he is the ear and at other times he his the voice and always the thoughts of each character as they relate the tale. I was not surprised at the macabre in his works, I was well familiar with them. What I was not expecting in a few was the romantic side of Poe which came out in several of the stories. As my journey continues in discovering Poe I find he was very well educated and broached all areas of the physical and spiritual aspects of the human nature and sciences. He has undoubtedly been versed in several languages as well as subject matter and it comes into his writing. In this volume a few more notable works appear especially "A Descent Into The Maelstrom", "The Black Cat", "The Fall Of The House Of Usher", "The Masque Of The Red Death", "The Pit And The Pendulum" and "The Premature Burial", just to name a few. The movie industry has taken advantage of Poe in using his stories as the basis for visual productions but one should not forget that being "based" on does not mean the movie will be identical to the original story. Very worthwhile and enjoyable read.
Read more
2 people found this helpful
Helpful
Report abuse

dplazas
4.0 out of 5 stars Long live Poe!!
Reviewed in the United States on March 25, 2019
Verified Purchase
Though the edition is less than I expected for a free version (it has some spelling errors and typos), you can get pass that with the beautiful prose of Poe, making terror a journey of romanticism and delight. You could tell that its a terror utopia, a paradise of fear if you like. Highly recommended
Read more
Helpful
Report abuse

Kiki Stamatiou
5.0 out of 5 stars A Definitive Work
Reviewed in the United States on April 11, 2020
Verified Purchase
Edgar Allen Poe's masterful work written with
a passion for the writing craft itself. He explores the darkness buried deep within man's subconscious and psyche.
Read more
One person found this helpful
Helpful
Report abuse

Ashley Wo
5.0 out of 5 stars So many great poems!
Reviewed in the United States on January 14, 2016
Verified Purchase
So much Poe! I don't like to write too much in book reviews because I feel that in order to adequately write a review, I would have to give away information that would be key to plot. I don't like to be the person to give away spoilers. Therefore my book reviews are always very short and only say a few things in order to tell you, book reviews are much to subjective and I never read a book review before I read a book. I read a book based on what the book is about which I don't read a review to get. If you want more information, buy the book and read it. :)
Read more
Helpful
Report abuse

LC
4.0 out of 5 stars Good book
Reviewed in the United States on November 8, 2020
Verified Purchase
A nice collection of some of the works of Edgar Allen Poe. I would not recommend this book for ESOL teachers looking for books for their students.
Read more
Helpful
Report abuse

larry springer
5.0 out of 5 stars sit down...have a pleasant dollop of liquid refreshment on hand and meet the worlds first detective
Reviewed in the United States on October 24, 2020
Verified Purchase
if you've never read Poe I envy you your "first contact"...and if you have some extra time read his biography.
Read more
Helpful
Report abuse
See all reviews

Tracey H
5.0 out of 5 stars Don't look behind you.....
Reviewed in the United Kingdom on February 23, 2015
Verified Purchase
So creepy. And some of the instances of violence are shocking, even today (particularly if you like animals - if you do, avoid The Black Cat)
I'd never read anything by him before, but now I'm a huge fan.
So glad I was given a Kindle!
Read more
One person found this helpful
Report abuse

Leslie Gardner
5.0 out of 5 stars Rewarding chills - by the master
Reviewed in the United Kingdom on November 16, 2016
Verified Purchase
Some of his most famous, eerie stories - the psychological acuity is a delight to read, you feel he knows his people intimately
Read more
Report abuse

meryon
3.0 out of 5 stars unusual tales
Reviewed in the United Kingdom on May 3, 2014
Verified Purchase
Maybe just not my taste. Well written tales of the bizarre and fantastic but they did not capture my interest. I failed to see the thread of a story in some of them
Read more
Report abuse

Richard Black
1.0 out of 5 stars Tech fault
Reviewed in the United Kingdom on December 31, 2014
Verified Purchase
For some odd reason the book comes out all fuzzy on my kindle. There are lines covering words every few pages ...
Read more
Report abuse
See all reviews