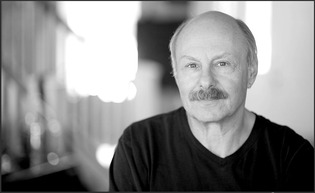 "Far from a typical postapocalyptic novel. It caters neither to a pseudo-morbid nor faddishly slick vision of the future. Though grim with portent, it is ultimately, as Camus's novel The Plague, an impassioned and invigorating tale whose ultimate message is one of hope, not despair." -- Michael Leone

"Kunstler segues from his analysis of the possible effects of a decline in oil production on modern Industrial society to a full-blown, and artfully carried out, semidystopic dramatization of what small-town American life might be like in the wake of major terrorist bombings and industrial decline on U.S. soil.... But in the end, the beauty of Kunstler's brilliant cautionary fiction, aside from the charming narrative with its many convincing details of life after apocalypse, is that most readers will admit that Earle's world, the world made by hand ... sounds at least as unpredictably pleasing as our own." -- Alan Cheuse

"Kunstler's storytelling talents are in evidence here.... Kunstler has punctuated the nightmarish scenario of his novel with ... poignant moments where hope and despair vie for dominance of the human spirit." -- Bharti Kirchner

"The verisimilitude of Kunstler's world leads me to think the future is Union Grove. Thirty years from now, it will be interesting to see if that little town seems excessively sad, richly luxurious, or spot on. But for now, I'm hedging my bets. Where I live, one block east of ground zero, I've started keeping a compost bin and am thinking about adding a micro wind generator. [Nearby] the Freedom Tower has just emerged above ground and may one day be full of Investment bankers. Recently, though, I've started looking at that plot through Kunstler's eyes. It gets good sunlight, and it occurs to me it would make a hell of a bean field." -- Paul Greenberg

"Unlike the bleakness of style and subject in Cormac McCarthy's The Road, Kunstler's World Made by Hand Is an end-of-days novel that is more a pleasure than a burden to read; it frightens without becoming ridiculously nightmarish, it cautions without being too judgmental, and it offers glimmers of hope we don't have to read between the lines to comprehend." -- Zak M. Salih

"What's after armageddon? No government, no laws, no infrastructure, no oil, no industry . . . and sometimes a sense of relief. In Kunstler's richly imagined World Made by Hand, the bone-weary denizens of Union Grove (with its echo of Our Town's Grover's Corners) cope with everything from mercenary thugs to religious extremists, yet manage to plant a few seeds of human decency that bear fruit." -- Cathleen Medwick

"Within the first few pages of James Howard Kunstler's poignant, provocatively convincing novel set in a future possibly as near as tomorrow, you find yourself musing: could this happen to me? By the end, you're wondering not could, but when?" -- Alan Weisman