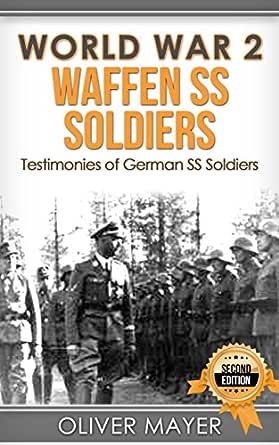 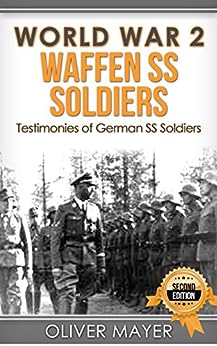 3.6 out of 5 stars
3.6 out of 5
74 global ratings
How are ratings calculated?
To calculate the overall star rating and percentage breakdown by star, we don’t use a simple average. Instead, our system considers things like how recent a review is and if the reviewer bought the item on Amazon. It also analyzes reviews to verify trustworthiness.
Top reviews

Henry
2.0 out of 5 stars All Around Poor Quality
Reviewed in the United States on May 9, 2017
Verified Purchase
This book was quite a let down to say the least. I doubt that the publisher ever reviewed the work of author Oliver Mayer because there is on average three typos per a page. Additionally there are no sources at the end of this book, nothing, zilch. How accurate is this? At best the author could have added a page or two before or after each testimony about the historical circumstances surrounding each account. This would have given more context and backing to the book as a whole. I'm not saying these testimonies are false, I just wanted some sort of source material in here to add to the impact of each account. Do not buy this book, it was a disappointment.
Read more
4 people found this helpful
Helpful
Comment Report abuse

wmyers
3.0 out of 5 stars Not sure about this
Reviewed in the United States on January 23, 2020
Verified Purchase
It was good but these SS have that one thing in common that most former Nazis do when asked about their activities... They rationalize and distance themselves from "those who actually hurt people". Almost everyone here finds a way to say they got out of being "hands on".... I delegated it, I held such a rank that I never personally did anything, I never pulled the lever/dumped the gas/squeezed the trigger myself. I find that really hard to believe. Even at the end of their life these people refuse to take responsibility. Fine, you were a soldier, you followed orders, you feared for your own life..... You still likely had a hand in abuse or killing at some point. Just say that.
The other thing that got me was how many of them said "I forgive myself" or "God has forgiven me and Heaven awaits"..... A) it's not up to you to forgive yourself and b) God, if you believe in him, may not be so quick to forgive sadistic abuse and mass murder.... But hey, whatever gets you to sleep at night.
Granted, some of them were VERY candid about their feelings towards Jews and non-Germans at the time... It was refreshing to hear a good bit of honesty straight from the mouths of SS troops.
Not a bad read, I just find their deflection a little hard to swallow, along with them stating they committed hundreds of abuses but it bothered them emotionally the whole time.

Brenda Q
1.0 out of 5 stars Don't buy it
Reviewed in the United States on June 8, 2016
Verified Purchase
Just not worth the money or the time to read. Memoirs of waffen SS soldiers that lack details or depth on the memoirs and then a story about a Jewish woman that survived the concentration camp. It's a combination of SS/ Jewish propaganda - from that perspective it's interesting. Just not worth the time reading it, you will learn nothing new.
Read more
9 people found this helpful
Helpful
Comment Report abuse

Janice Wilson
4.0 out of 5 stars Good read
Reviewed in the United States on December 4, 2015
Verified Purchase
I am very interested in history especially the era of world war one and world war two because of the massive impact they had on the international community. Until I read this book I’ve never been so close to the incidents of the war like this. I usually find books which are written by historians who witnessed the war and sometimes it contains a few pages that were written in the diary of a soldiers who participated in the war, but this book contains testimonies from six SS soldiers who were active during World War II. That is why this book is very special because it allowed me to see the incidents of the battles from the soldier's point of view.
Read more
3 people found this helpful
Helpful
Comment Report abuse

Khornet
1.0 out of 5 stars Don't Buy This!!!!! Is barely ...
Reviewed in the United States on August 23, 2017
Verified Purchase
Don't Buy This!!!!! Is barely a half inch thick paperpack with huge print. Only has 13 former SS giving "their story", and most are only a few pages each. They give almost no details, all say the same: they joined because they were either drafted or expected to, they themselves didn't commit war crimes (it was "the others"), and they are remorseful for what those others did. OMG I just condensed the whole book into one sentance!! I probably even gave more detail than they did! Don't Buy This!!!!!
Read more
4 people found this helpful
Helpful
Comment Report abuse

Amazons Greatest Customer
5.0 out of 5 stars Five Stars
Reviewed in the United States on July 7, 2018
Verified Purchase
Thank you
This book is a treasure German Vets and USA Vets all grip about the exact same things. Fear was alive and well for the Germans watching as the allied armata came to the shore. Best part of it is they did all of it without horses and mules. They are just alike just different languages separated the two. It also proves to me we need the best leaders to rule the world. It's always been funny to me of the things they thought about when they saw death approaching. I have never known the feeling of impending death. Really Great Book
Read more
Helpful
Comment Report abuse

Andrew Medvedev
4.0 out of 5 stars Interesting book
Reviewed in the United States on June 9, 2018
Verified Purchase
I like to read historical books and my colleague recommended me this book. This book contains testimonies from SS soldiers who were active during World War II. These testimonies put me in the heart of the war, and told tales that connected me with the feelings of those who were a part of the war. This book is really very interesting and informative. It is well written and well organized. All information is laid out in logically and easy to understand. I liked this book and would recommend it to anyone who is interested in such topic.
Read more
Helpful
Comment Report abuse

Carl DiNello Jr
5.0 out of 5 stars Good rEAD!
Reviewed in the United States on July 18, 2018
Verified Purchase
It reveals many facts about world war 2 and Hitler's SS soldiers, its actually a collection of testimonies of SS soldiers that how they were trained there life stories and how they they did in WW II . I specially like the testimony of of Otto Gerbhardt and Maria Berger.
Read more
Helpful
Comment Report abuse
See all reviews

Mr. Denis Hayes
3.0 out of 5 stars Review if Testimonies if German SS soldiers
Reviewed in the United Kingdom on January 18, 2016
Verified Purchase
I found the first part of this book very disappointing with a distinct lack if detail from the guards themselves, really glossing over the finer details of their roles and the main part of the book was passed very quickly. The most interesting part of thus book us the account of the Jewish lady survivor , her account was very factual and good to read and easy to understand her pain and anguish.
Read more
Report abuse

Nats
4.0 out of 5 stars Terrible tales
Reviewed in the United Kingdom on December 17, 2017
Verified Purchase
I had to force myself to read this it was so horrible. The ss in here seem so devoid of shame remorse or pity, they should have been locked up for life.
Read more
Report abuse