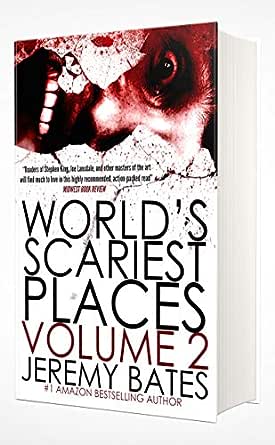 You've subscribed to World's Scariest Places Boxset! We will preorder your items within 24 hours of when they become available. When new books are released, we'll charge your default payment method for the lowest price available during the pre-order period.
Update your device or payment method, cancel individual pre-orders or your subscription at
Your Memberships & Subscriptions
There was an error. We were unable to process your subscription due to an error. Please refresh and try again. 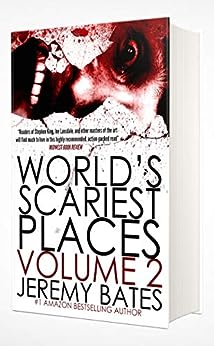 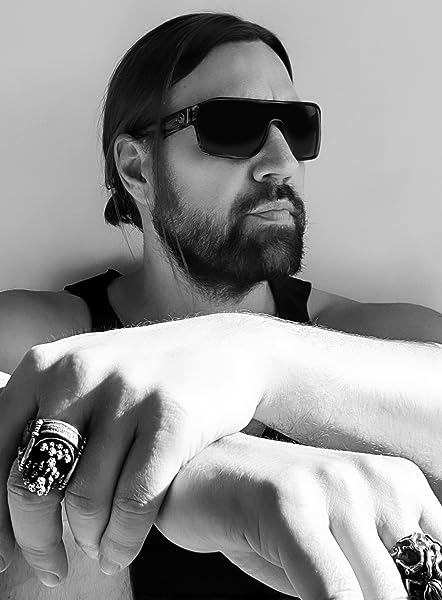 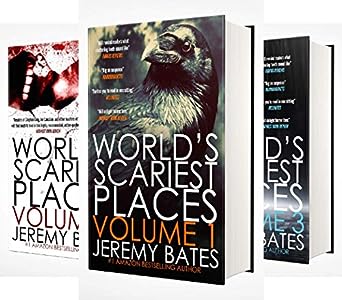 "The perfect antidote to a restful night's sleep, The Sleep Experiment is a fast-paced thriller that will keep the pages turning late into the night" ‒ Steven Sayers, author of THE SOUL DWELLER

"Jeremy Bates knows scary. You're going to have a good time with whatever he writes" ‒ Jeff Menapace, author of BAD GAMES

"A compelling and provocative read. One cannot help but wonder how important sleep really is" ‒ Booklist

"[Bates] is the real deal. He is a bit of a mix of Stephen King and Richard Laymon. You won't regret your purchase" ‒ Amazon Top Contributor

"I keep hearing this author being compared to the likes of Stephen King or Dean Koontz. I think [he] should be known for his OWN style of writing" ‒ Amazon Reviewer

"Creatively creepy and sure to scare"‒ The Japan Times

"Thriller fans and readers of Stephen King, Joe Lansdale, and other masters of the art will find much to love" ‒ Midwest Book Review

"I have long been a fan of Dean Koontz, Stephen King, and Frank Peretti and I feel confident that I can now add Jeremy Bates to that list" ‒ Jennifer Wilson, Reader Views

"A page-turner in the true sense of the word" ‒ HorrorAddicts

"Bates offers a truly chilling tale that reminds readers that humans can be the worst type of monster to fear, after all" ‒ BookLife Prize

"Invites you to read it in one sitting" ‒ Hellnotes

USA TODAY and #1 AMAZON overall bestselling author Jeremy Bates has published more than twenty novels and novellas, which have been translated into several languages, optioned for film and TV, and downloaded more than one million times. Midwest Book Review compares his work to "Stephen King, Joe Lansdale, and other masters of the art." He has won both an Australian Shadows Award and a Canadian Arthur Ellis Award. He was also a finalist in the Goodreads Choice Awards, the only major book awards decided by readers. The novels in the "World's Scariest Places" series are set in real locations and include Suicide Forest in Japan, The Catacombs in Paris, Helltown in Ohio, Island of the Dolls in Mexico, Mountain of the Dead in Russia, and Hotel Chelsea in New York City. The novels in the "World's Scariest Legends" series are based on real legends and include Mosquito Man, The Sleep Experiment, and The Man From Taured. You can check out any of these places or legends on the web. Also, visit JEREMYBATESBOOKS.COM to receive Black Canyon, winner of Crime Writers of Canada The Lou Allin Memorial Award.
Read more

4.3 out of 5 stars
4.3 out of 5
95 global ratings
How are ratings calculated?
To calculate the overall star rating and percentage breakdown by star, we don’t use a simple average. Instead, our system considers things like how recent a review is and if the reviewer bought the item on Amazon. It also analyzes reviews to verify trustworthiness.
Top reviews

J.D.L. III
5.0 out of 5 stars Love Ghost stories and histories scariest Locations!
Reviewed in the United States on May 5, 2019
Verified Purchase
Very good and enjoyable read. I was giving a $5 amazon book credit and this is one of the books I picked up. Highly suggest the read if your into this kinda subject. Wish I could have got a Paper/Hardback copy
Read more
One person found this helpful
Helpful
Comment Report abuse

John F.
5.0 out of 5 stars Very good.
Reviewed in the United States on April 7, 2019
Verified Purchase
I have never heard of Jeremy before but I won't forget him very soon. A great read, very well written, kept me turning the pages well past the time I should have been getting work done. I can highly recommend this author to anyone who likes horror and thrillers. I read a 2 book compilation and one was more horror, and one seemed like horror but was actually not, in a way. More of a thriller combined with using the characters superstition to make the element of horror seem more present. In any case, well worth reading.
Read more
2 people found this helpful
Helpful
Comment Report abuse

Aurora
5.0 out of 5 stars SCARY!
Reviewed in the United States on April 25, 2019
Verified Purchase
I've read several of J. Bates' books - all pretty scary. Don't know how he sleeps at night! On this one I'm even afraid to investigate "Helltown, Ohio." Think I may just avoid the entire state!
Read more
Helpful
Comment Report abuse

Kindle Customer
4.0 out of 5 stars Pretty Scary
Reviewed in the United States on July 24, 2019
Verified Purchase
Worlds scariest places Volume 2: Helltown and Island of the Dolls were both captivating. I wanted to keep reading until I was finished. It had a lot of twists and turns and kept you guessing.
Read more
Helpful
Comment Report abuse

Kindle Customer
5.0 out of 5 stars Page turners
Reviewed in the United States on August 4, 2019
Verified Purchase
Both stories are woven so well that I didn't want to set them down. I'm just happy that I didn't have nightmares., but it's been great replaying the stories over again in my mind.
Read more
Helpful
Comment Report abuse

D Rasmussen
5.0 out of 5 stars Riveting Horror
Reviewed in the United States on May 15, 2019
Verified Purchase
It takes a master of the craft to wind a real place i to a riveting horror story. Author Jeremy Bates is certainly a master. Two twisted stories that will make you want to read with all the lights on. Descriptive stories with great characters.
Read more
Helpful
Comment Report abuse

Theresa Nelson
5.0 out of 5 stars Would recommended
Reviewed in the United States on May 26, 2020
Verified Purchase
Five (5) stars because I enjoy his writing. However, volume 1 was better. Would still recommended, but volume 2 is not my cup of tea.
Read more
Helpful
Comment Report abuse

Michelle
5.0 out of 5 stars Don’t read at night
Reviewed in the United States on June 15, 2019
Verified Purchase
Scary stories that keep you awake. I never liked dolls before and really don’t like them now. The first story was even scarier.
Read more
Helpful
Comment Report abuse
See all reviews

DGF
5.0 out of 5 stars Love it
Reviewed in the United Kingdom on November 23, 2017
Verified Purchase
A great book. Have now read all four scariest places and wow what a journey the author takes you on with mystery, murder and twisting turning plots. Feel so absorbed in the story by his style of writing I want more!!! Please do some more scariest places please!!!!!
Read more
One person found this helpful
Report abuse

Amazon Customer
5.0 out of 5 stars Thriller
Reviewed in the United Kingdom on September 4, 2019
Verified Purchase
You never know what will happen on the next page.
The ending though seems to be an afterthought. Still a good read.
Read more
Report abuse

shazena
5.0 out of 5 stars Brilliant
Reviewed in the United Kingdom on May 26, 2019
Verified Purchase
Loved it. Amazing stories
Kept me guessing till the end
Will keep my eye out for more from this author.
Read more
Report abuse

Tremse
1.0 out of 5 stars Not Scary Places Vol.2
Reviewed in the United Kingdom on April 7, 2019
Verified Purchase
Downloaded this only to discover it's Suicide Forest and Helltown - both of which I've read.
Read more
Report abuse

Keith
3.0 out of 5 stars Half Decent
Reviewed in the United Kingdom on May 28, 2019
Verified Purchase
Helltown is OK but Island of the Dolls is poor.
Read more
Report abuse
See all reviews