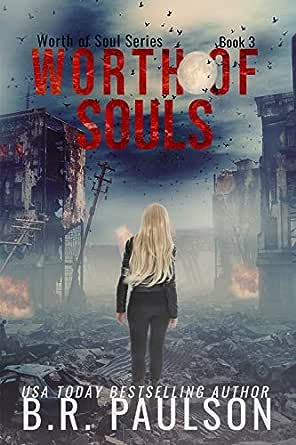 You've subscribed to Worth of Souls! We will preorder your items within 24 hours of when they become available. When new books are released, we'll charge your default payment method for the lowest price available during the pre-order period.
Update your device or payment method, cancel individual pre-orders or your subscription at
Your Memberships & Subscriptions
There was an error. We were unable to process your subscription due to an error. Please refresh and try again. 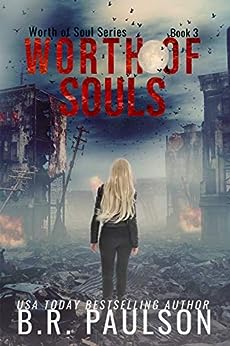 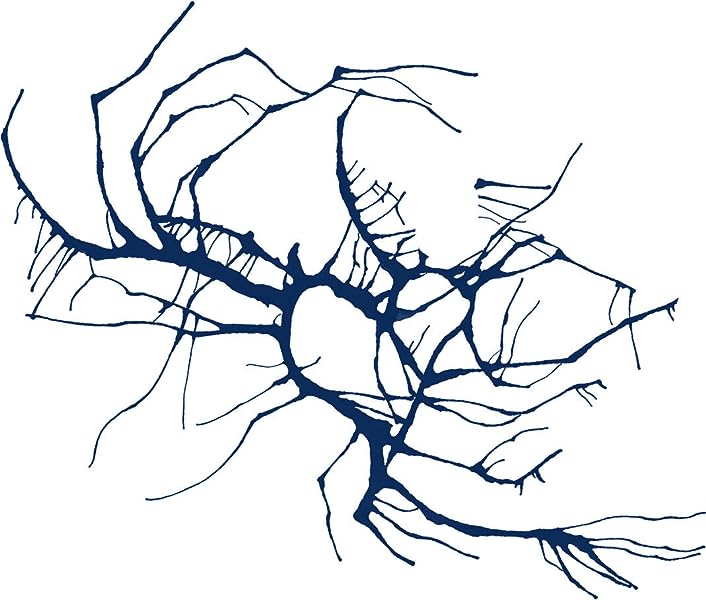 Worth of Souls: an apocalyptic thriller Kindle Edition 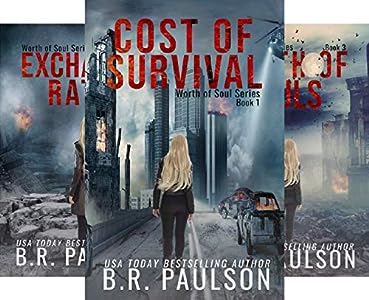 Sue Ann B
5.0 out of 5 stars Amazing ending to the series!!!
Reviewed in the United States on February 5, 2018
Verified Purchase
B R Paulson has truly written an amazing series!!! I want to say that you really need to read these books in order. Cost of Survival (book #1) and then Exchange Rate (book #2) and finally Worth of Souls (book #3).

Worth of Souls starts where Exchange Rate left off. This book wraps up Kelly and Bodey's story. How she wraps this up?? I can't tell you - that would spoil the fun of reading the story!!!

Fran
5.0 out of 5 stars This book left me breathless. I am sorry to say goodbye to the Christianson family and friends
Reviewed in the United States on November 23, 2017
Verified Purchase
Things seemed so bleak when Kelly was captured and taken back to the Community. Simon was badly injured also and he was needed for entrance into a real true Community. Some parts were frightening, some funny, but mostly uplifting. Kelly finds her true worth. The ending was amazingly happy and hopeful.
Read more
Helpful
Comment Report abuse

Michelle
5.0 out of 5 stars Worth of Souls: BK 3
Reviewed in the United States on May 7, 2016
Verified Purchase
It is a pleasant change to be able to read a dystopian novel that's soul focus isn't the depravity of humanity. The series carries true romance, with no gritty play by play scenes, also refreshing. It also carries real life relationship issues and traditional values in a crazy world.
The editing is better than in book two, with only about a dozen grammatical errors.
I definitely recommend this series!
Read more
Helpful
Comment Report abuse

Kindle Customer
5.0 out of 5 stars Good book
Reviewed in the United States on July 19, 2020
Verified Purchase
Excellent book, enjoyed reading it. Recommend the book to everyone. I do not understand why there is a minimum number of words required to write a review.
Read more
Helpful
Comment Report abuse

AudaciousMe
4.0 out of 5 stars I love, love, love Bonnie Paulson's Trilogy and it was satisfying to the last word.
Reviewed in the United States on March 12, 2016
Verified Purchase
I love, love, love this three book series by Bonnie Paulson. I fell in love with some of the characters. The situation the main character suffered and the characters she suffered them with was the test of the three stories. Some of the characters I didn't feel as connected to as others. But it didn't matter-the stories are mind and heart boggling.
Read more
Helpful
Comment Report abuse

jenny
5.0 out of 5 stars An amazing story of strength and courage
Reviewed in the United States on August 28, 2015
Verified Purchase
Oh I can't say enough about this series. It is amazing and really makes you think and ask those hard questions about yourself. Not just your typical dystopian romance. It is so full of twist and turns. This is a must read series for Dystopian fan or any fans of a amazing book.
Read more
Helpful
Comment Report abuse

lorijo
5.0 out of 5 stars What is your soul worth?
Reviewed in the United States on July 21, 2015
Verified Purchase
A nice conclusion. This book picked up where book 2 left off. It really made me think about what I might do in a similar situation. This is a must read if you have read the first 2 books.
Read more
One person found this helpful
Helpful
Comment Report abuse