A Worthy Heir and millions of other books are available for Amazon Kindle. Learn more

Temporarily out of stock.
Order now and we'll deliver when available. We'll e-mail you with an estimated delivery date as soon as we have more information. Your account will only be charged when we ship the item.
Shipping rates and Return policy
Added
Not added
Add to Cart
$23.35
+ $3.99 shipping
Sold by: Prime Deals, USA
Sold by: Prime Deals, USA 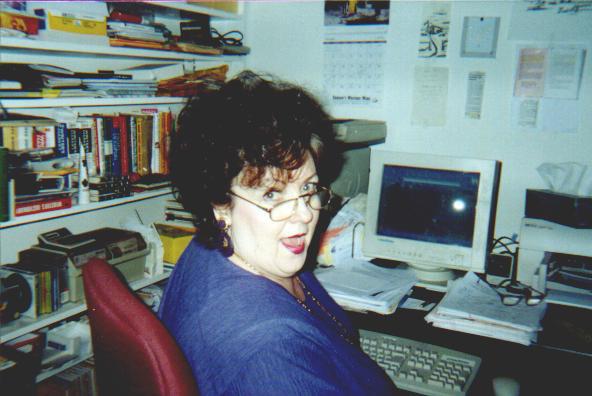 by Pat Ballard (Author)
4.0 out of 5 stars 8 ratings
See all formats and editions
Sorry, there was a problem loading this page. Try again.

All Pamela Spencer wants is to help her brother, Tom, get his life back on track. After a job-related accident he's confined to a wheelchair, unable to do anything except endure excruciating pain. When Pam discovers an ad in the newspaper advertising for \"a worthy heir\" to inherit Fiona Bainbridge's millions, she jumps at the chance that will allow Tom to be back under a doctor's care. After all, it was Fiona's company that caused Tom's problems in the first place.

Reese Bainbridge, Fiona's grandson, has refused to have anything to do with Bainbridge Corporation. But he quickly returns home when he discovers his fanatical grandmother has run an ad for someone to replace him as heir. His frustration grows when he discovers his grandmother has moved the beautiful, voluptuous, green-eyed blonde and her freeloading brother into the house he's supposed to inherit.

Sparks will fly -- and Pam is up to the challenge.

Start reading A Worthy Heir on your Kindle in under a minute.

I write romance novels with Big Beautiful Heroines. But my books are meant to motivate women of all sizes to enjoy the body that you have and stop trying to look like someone you're not genetically programmed to be.

My heroines will never go on a diet to lose weight. They either love their body at the beginning of the book or learn to love the body that they have by the end of the book.

4.0 out of 5 stars
4 out of 5
8 global ratings
How customer reviews and ratings work

Julie Adams
4.0 out of 5 stars great!
Reviewed in the United States on February 7, 2010
Verified Purchase
This book is such a great book. I Really think that Pat ballard is a geart writer. I have read all most everyone of her books.
Read more
Helpful
Report abuse

curvynovelsdotinfo
3.0 out of 5 stars Lushly-curved Heroine
Reviewed in the United States on January 23, 2003
Pam Spencer is determined to see justice done. Her wheelchair-bound brother deserves better than to be fired by the company which caused his accident in the first place!
Strapped for cash and unable to qualify for insurance coverage, Tom Spencer will never be able to afford the surgery he so desperately needs in order to walk again. So when his former employer, Bainbridge Corporation, takes out an ad in the local newspaper searching for a new heir to inherit the family fortune, sister Pam seizes the chance to right a past wrong, hoping beyond hope that her brash sincerity will win the day for them.
But Pam never reckoned on the hurdles that would be strewn along the path to Tom's future happiness; especially not the clause about having to move into the very same house as the incredibly sexy, utterly cruel disowned heir, Reese Bainbridge!
What worked for me:
I thought the overall premise of the book was intriguing, and the classified ad was a clever way to get all of the characters interacting with each other right from the get-go!
I genuinely liked Pam and could see from the start that she was a good person; one whom I'd want for a friend.
I can't go into it without spoiling plot points, but there was something revealed about Reese's history which I found rather touching. I only wish I'd discovered it earlier in the story so that I would have understood him and liked him sooner.
Size-wise Pam was a throw-back to the 1950s voluptuous pinup era, with a little extra padding besides.
What didn't work for me:
I wanted to like the hero. I truly did. Physically, he was the kind of guy who would knock me right off my feet. ;^) But he was so damaged.. so petulant and unkind to Pam at times, that I just couldn't see myself having the patience to untangle this gorgeous guy from his troubled past. (I would have gone nuts from having it out with him as often as Pam did.)
Well, I've mentioned before that there is currently a strong trend in featuring virginal or nearly virginal plus-size heroines in contemporary romances. I hope Ms. Ballard also has a book starring an extremely predatory curvy gal for those of us looking for a Mae West "Just-Let-Me-At-Him" type to live vicariously through. ;^)
Overall:
"A Worthy Heir" is a touching novel; a solid read for anyone interested in romantic stories about healing damaged family relationships.
Though there are some mildly sensual scenes, this book should still appeal to fans of sweet romances.
If you liked "A Worthy Heir" you might also enjoy "More to Love", "The Legacy Tree", "Carried Away", "Etta Mae's Little Theory", "His Seductive Revenge", "Love by the Pound", "Tales from the Heart", or "Teacher's Pet".
Read more
6 people found this helpful
Helpful
Report abuse

Amazon Customer
5.0 out of 5 stars Definitely a MUST read!
Reviewed in the United States on February 23, 2006
This book is about self-love for every woman out there, no matter what size clothes she wears. When self-confident, beautiful Pamela Spencer makes up her mind to do something ~ or in this case to not only do something but to win someone's heart, she does it. After all, Pamela and Reese's grandmother, Fiona, definitely know what kind of woman Reese needs and is really attracted to. And it's not skinny little Sharon!

...When Pamela leaves Reese and files for a divorce, she writes him a letter ..."I'm sorry I played along with Fiona and tricked you into marrying me. But now you'll have your freedom back. Freedom to marry Sharon, like she said you wanted to do. She said you two had always loved each other and that you'd be married now, if not for me."

I don't know how many men who have told me they weren't interested in a stick of bones, but this book illustrates there are many of them out there who are gorgeous, successful, and strong. I don't know a man alive who wouldn't choose Marilyn Monroe over a size '0'.

I enjoyed this author's writing so much that I am requesting my local library look into purchasing some of her books as well as my favorite bookstore keeping some on their shelves. Hopefully, they'll listen. Pat Ballard has a voice that deserves to be heard and listened to.
Read more
One person found this helpful
Helpful
Report abuse

The Pearlsong Press edition has been newly copy edited and designed, and features a new cover.

If you are searching for A Worthy Heir but are having difficulty finding the current Pearlsong Press edition, please use the extra fields in the more extended "Search" feature (click on "Search" in the toolbar above) and list Pearlsong Press as the publisher.

Thanks, and I hope you enjoy the new edition.
Read more
Helpful
Report abuse

R. Sweetwine
4.0 out of 5 stars Loved it
Reviewed in the United States on March 29, 2005
This book happens to be my favorite book of Pat's. OK, Lets be real. Authors rarely write books about normal size ladies. I have loads of buddies who do not want run of the mill female lead in a book of for that matter movies. We are starved for a good well-written Romance about a nice guy and a nice girl with curves and I want my friends to read this book and just enjoy it. Don't try to over think it, just take a walk with two people? I think is a wonderful cute little book and yes I wanted MORE!!! and check out Nobody's Perfect 4 stars
Read more
Helpful
Report abuse

Dartha Crane
5.0 out of 5 stars A Worthy Heir
Reviewed in the United States on April 13, 2003
I like Pat's style of writing because it is simple but very pleasing to read. Pat proves that it doesn't have to take a week to read a book to be able to enjoy it. I don't usually like to read romance books because so much of it is complicated and fabricated. Pat has a way of making it sound real and honest. I have read all of Pat's book and have enjoyed every one of them.
Read more
2 people found this helpful
Helpful
Report abuse
See all reviews