Wounded: Second Book in The Long War and millions of other books are available for Amazon Kindle. Learn more
Share <Embed>
Have one to sell?
Sell on Amazon 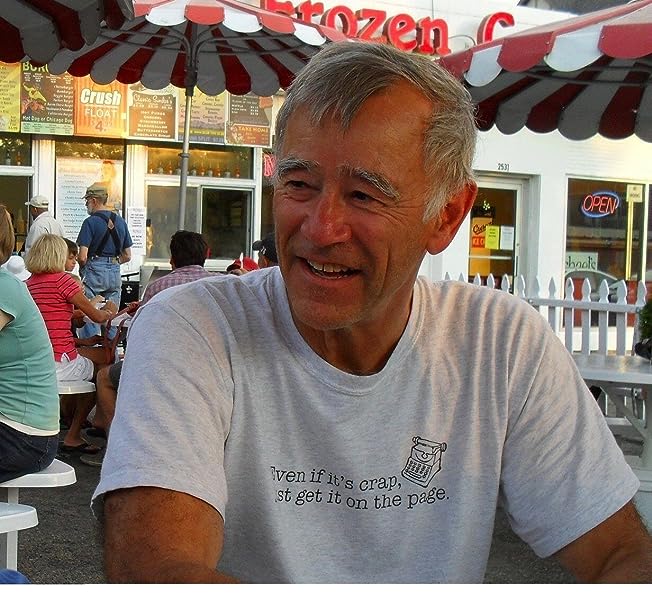 Townsend comes from a long line––father, grandfathers and great-grandfathers––of soldiers, American and pre-American. Slavic on his mother’s, deep-south redneck on the father's side, his parents managed money poorly and told stories well. Spare, pithy, lasting the duration of a Pall Mall cigarette, the tales were to entertain while teaching. No one is completely useless, he was told. He can always serve as a bad example. He learned this lesson––storytellers are treasured, liars are vexing and both are so often one and the same. The craft is shared; the objectives differ. However, when the skilled liar is armed, crazed and planning Armageddon, ambiguity in matters of war and peace and life and death have vexed the earth. His stories and novels arise from family history, fables and stories told around the kitchen table as well as his own experiences in America’s late 20th century ambiguous wars, deceptions and counter-deceptions. Fluent in Russian and German with a combat vocabulary in French, Townsend is a graduate of the University of Wisconsin (BA), studied at Freies Universitat Berlin (Certifikat), and received and MA from Georgetown University. Since leaving the intelligence business, he has turned his attention to writing stories and essays, an early passion waylaid by life and work. The Long War is a novel series addressing deception, war and peace in the 20th century world of both contrived and actual moral ambiguity. In 1947, the Soviet security services named the United States as 'the main enemy.’ The Cold War was joined. Four teens, born half-worlds apart, children of their nations' greatest generation, come of age in the 1950s, each in their small-town Eden, cast out to encounter one another on the front lines in the war for control of the imagination. He follows four main characters: Two Russians; Danton Larionov and Ekaterina Soroka, one American; Richard Belisle, and a Canadian; Marie Jeanne Charbonneau. These four cross paths, destinies, and swords as they stalk, deceive and love across the world. They trust and double-cross one another, fast friends and bitter enemies, give faith and deceive while striving to live in accordance within their moral codes in an amoral world. Townsend and his wife, Patrice Naparstek, have lived comfortably most anywhere––Rovinj, Croatia; Dresden, Germany; Dubai, UAE; Boulder, Colorado; Madison, Wisconsin––returning periodically to his family farm in northern Wisconsin to breathe deeply.
Start reading Wounded: Second Book in The Long War on your Kindle in under a minute.