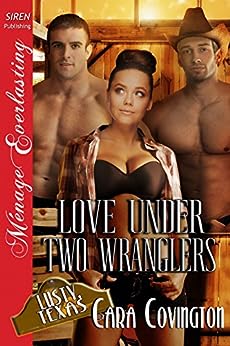 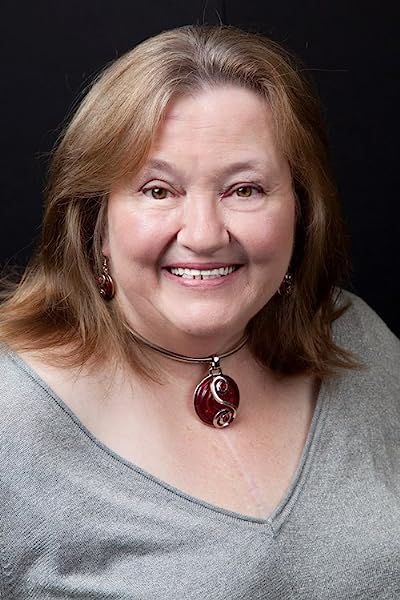 by Cara Covington (Author) Format: Kindle Edition
Book 21 of 43: The Lusty, Texas Collection
See all formats and editions
Sorry, there was a problem loading this page. Try again.
[Siren Menage Everlasting: Erotic Cowboy Menage a Trois Romance, M/F/M, HEA] Holly discovers the difference between book boyfriends and real-life lovers when Alan Wilson and Duncan Moore aim for her. Alan and Duncan recognize Holly as theirs. Now they just have to convince the virginal librarian that they can live up to any fictional heroes. As Holly learns to trust those smokin' hot wranglers, she dares to explore her sensual side - the woman within longing to sample all the delights she loved to read about. Alan and Duncan already know that Lusty is home, and once they get to know Holly they understand she's the woman that's always been destined to be theirs. They long to give her the happy-ever-after she's dreamed of. Then their past comes back to bite them in the ass. Years before, they helped uncover a conspiracy, in which racehorses were killed for profit. They didn't take the threats against them seriously then, but they're about to discover just how deadly a woman scorned can be. ** A Siren Erotic Romance
Read more
Previous page
Next page
Next 3 for you in this series See full series
Total Price: $18.97
Next 5 for you in this series See full series
Total Price: $30.95
Books In This Series (43 Books)
Complete Series
The Lusty, Texas Collection
Kindle Edition
Page 1 of 1Start OverPage 1 of 1
Previous page
Next page

Cara/Morgan has been a writer since she was first able to pick up a pen. In the beginning it was a hobby, a way to create a world of her own, and who could resist the allure of that? Then as she grew and matured, life got in the way, as life often does. She got married and had three children, and worked in the field of accounting, for that was the practical thing to do and the children did need to be fed. And all the time she was being practical, she would squirrel herself away on quiet Sunday afternoons, and write.

Most children are raised knowing the Ten Commandments and the Golden Rule. Cara's children also learned the Paper Rule: thou shalt not throw out any paper that has thy mother's words upon it. Believing in tradition, Cara ensured that her children's children learned this rule, too.

Life threw Cara a curve when, in 2002, she underwent emergency triple by-pass surgery. Second chances are to be cherished, and with the encouragement and support of her husband, Morgan decided to use hers to do what she'd always dreamed of doing: writing full time. "I can't tell you how much I love what I do. I am truly blessed."

Cara has always loved writing romance. It is the one genre that can incorporate every other genre within its pulsating heart. Romance showcases all that human kind can aspire to be. And, she admits, she's a sucker for a happy ending.

Cara's favorite hobbies are reading, cooking, and traveling, though she would rather you didn't mention that last one to her husband. She has too much fun teasing him about having become a "Traveling Fool" of late.

Cara lives in Southwestern Ontario, Canada, with a mysterious cat, a seven and a half pound Morkie dog who thinks he's a German Shepherd, and her husband of 42 years, David.

R. Evans
5.0 out of 5 stars Great series -- keep them coming
Reviewed in the United States on December 27, 2014
Verified Purchase
Loved it. Great series. Love the coming together of the trio's, the sex between them and the hunky heroes. But I really did like Holly a lot. These three worked very well together.

But the woman in Kentucky, cannot call her a lady because she isn't one, is just plain bat crazy. Especially when she hooked up with Dr. Death. Killing horses is inhumane. They deserved what they got.

Love the HEA's of these stories and this one had it in spades. Read this series from the beginning so you will know who all of the characters are. It helps that way.
Read more
One person found this helpful
Helpful
Report abuse

D.Hart, RCIS
5.0 out of 5 stars Another wonderful menage romance !
Reviewed in the United States on January 7, 2015
Verified Purchase
Another wonderful ménage romance in our favorite town ! Holly, the virginal librarian meets her two cowboys, Alan and Duncan. They've been working at a ranch, and she's the new gal in town. Holly has always dreamed of being in a ménage, and these men want her. Deeply thought filled characters, interesting story with twists and turns, and super hot ménage sex. We also get to see past characters to know how everyone is doing.
This is a great town with heartwarming tales and true emotion from all the characters. ENJOY !!!
Read more
Helpful
Report abuse

Kimberly
3.0 out of 5 stars Fell flat
Reviewed in the United States on December 15, 2014
Verified Purchase
I almost feel guilty reviewing this book only giving it 3 stars but this one left me flat. I love this series and the characters in this tight knit community but this one left me wanting more. I just felt a little let down after reading it but while reading, I had a hard time finishing it. Don't judge this series by this one book. It's a great series with books that are awesome. Sadly, this one wasn't one of them. Sorry.
Read more
2 people found this helpful
Helpful
Report abuse

tdm
3.0 out of 5 stars slow to begin
Reviewed in the United States on December 9, 2014
Verified Purchase
Lusty has its strength in the family stories and parts of the previous couples are revisited in each book. This ok was stilted to begin with and Holly was bit contrived. It is worth the read but not as strong as the others. Characters needed more development.
Read more
One person found this helpful
Helpful
Report abuse

Kindle Customer
5.0 out of 5 stars Wonderful story
Reviewed in the United States on August 9, 2015
Verified Purchase
I just finished the entire series, and I loved each book. The crossovers with the Divine creek books were wonderful. I suggest you read them in order, or you can read them out of order, but I like how the author builds the characters as she goes.
Read more
Helpful
Report abuse

Reviewer from NC
1.0 out of 5 stars my eyes are burning it was so bad
Reviewed in the United States on November 9, 2014
Verified Purchase
This book was just horrible. One if the worst I've read in a long tine. Inane, nonsensical and juvenile. A complete waste of time and money. Bad, just bad. Definitely an author to avoid.
Read more
One person found this helpful
Helpful
Report abuse

Francie
5.0 out of 5 stars Loved it
Reviewed in the United States on November 20, 2014
Verified Purchase
Loved it such a great read. Cant wait for the next one to come out.
Read more
Helpful
Report abuse

Kindle Customer evelyn lawrence
5.0 out of 5 stars Review
Reviewed in the United Kingdom on December 7, 2020
Verified Purchase
Another good read is there a place called lusty for real because here is a twatt quite a few signs have gone missing over the yrs was a good read
Read more
Report abuse

Fiona
4.0 out of 5 stars Cowboys.
Reviewed in the United Kingdom on June 24, 2019
Verified Purchase
Exciting from start to finish. Every girl's fantasy of ridding off with two cowboys met and exceeded. Next book please.
Read more
Report abuse