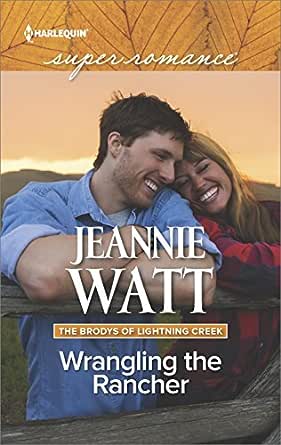 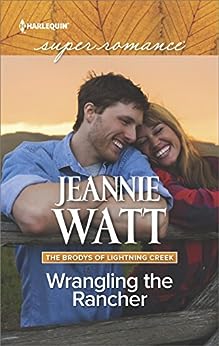 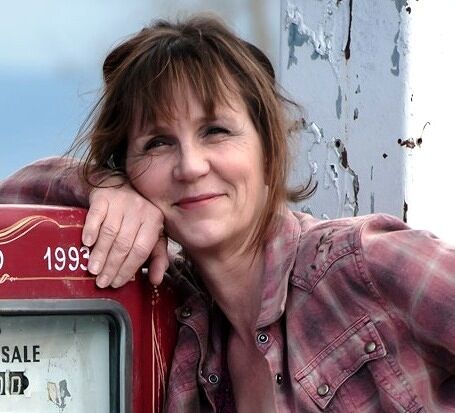 Jeannie Watt lives in a historical Nevada ranching community with her husband, horses and ponies. During the day she teaches junior high and at night she writes about cowboys, ranchers and cops. When she's not writing or feeding the animals, Jeannie enjoys sewing, making mosaic mirrors and cooking with her husband.

Edna
4.0 out of 5 stars Felt rushed, ending unsatisfactory
Reviewed in the United States on February 6, 2018
Verified Purchase
For a Jeannie Watt book, this is 3 stars. For a Harlequin, it's four. Ms. Watt has written much better books than this (A DIFFICULT WOMAN, MADDIE INHERITS A COWBOY, ALWAYS A TEMP, etc.) Ms. Watt's usual excellent writing is here, but the book feels rushed. It never felt like Cole and Taylor had a real "click" moment; their romance seemed arbitrary to advance the plot.

The antagonist was made of cardboard and the couple of scenes with her provided mixed signals. (Example: antagonist is confronted, told ancillary character is safe when that was not clear. Antagonist (who we are assured is made of two scoops of hell with extra devils) looks momentarily relieved before reverting to evilhood. Why? Is there some reason for the antagonist's behavior we are not privy to? We never find out; it just hangs out there.)

The ending was jarring and unsatisfactory, and the resolution didn't feel like one.

Jeannie Watt is one of my favorite romance writers. Her use of language is terrific, her dialogue crisp, and her protagonists three-dimensional. Save this book until you've read her better works (like MADDIE INHERITS A COWBOY.)
Read more
One person found this helpful
Helpful
Report abuse

Suze Lavender
5.0 out of 5 stars Charming and entertaining
Reviewed in the United States on September 8, 2017
Cole longs for solitude. That's why he's leasing a farm where he can be on his own. He's finally able to do what he wants. However, this freedom doesn't take long. Taylor, the granddaughter of the farm's owner has lost her job and is homeless. She needs a place to stay and the farm is the only place she can go. While Cole loves the countryside, Taylor is a city girl. She doesn't want to stay and is looking for a fancy office job. Will they be able to get along, how much time are they forced to spend together and is it really so bad for them to be in each other's company?

Wrangling the Rancher is a wonderful romantic story. Cole is great at what he does. He loves working on a ranch, being outside is what he likes best and he enjoys his newfound freedom. His past is still bothering him though and he knows he eventually has to do something about it before he can find real happiness. Taylor enters his life at an inconvenient time, but she doesn't have a choice. She worked hard for her career and it's gone in an instant. She tries to find a job in a big city, but it's tough to be hired somewhere. She isn't a quitter and I loved her strong and resilient personality. She and Cole are constantly challenging one another and that kept the story interesting from beginning to end. They have plenty of sparks, but the situation is complex and I couldn't wait to find out where that would lead.

Jeannie Watt has chosen a fantastic rural setting for her story. I immediately fell in love with the ranch and enjoyed reading every single description of the countryside. The vivid writing makes the surroundings come to life incredibly well and I could easily picture the buildings and the land. The fact that the main characters seem to be opposites gave the story a fabulous powerful vibe and the dialogue kept making me smile. Wrangling the Rancher is dynamic, charming and very entertaining.
Read more
Helpful
Report abuse

Kate Vale
4.0 out of 5 stars Aggravation? Or is it really hidden attraction?
Reviewed in the United States on September 5, 2017
Another Brodys of Lightning Creek. In this story, Cole Bryan is managing the farm of his grandfather's friend. That friend just happens to be grandfather to Taylor Evans, definitely a city girl with degrees in finance and entitled to continue working in Seattle. Until she's fired, that is. She hasn't the money to stay in Seattle, so she drives to her grandfather's farm, expecting her grandfather to loan her the money so she can go back to Seattle and find another job. Oops. Grandpa doesn't agree. Instead, she goes to the farm to lick her wounds and start job-hunting there, but she can't even move into the house she remembered. Country boy Cole is living there and he's not interested in sharing. In fact, the last thing he wants is to be around an entitled woman who reminds him of the dude ranch guests he left behind when he had to desert his own ranch--for reasons that are complicated.

The aggravation Cole and Taylor feel when in the same room, even the same stall (!) is both funny and a way of hiding their undeniable attraction, which neither wants, but can't seem to escape. And the inevitable occurs at about the same time that Taylor begins to realize that working outside instead of crunching numbers is something she enjoys. She also has some ideas about how Cole can help his sister and maybe even get his ranch back from the clutches of his step-aunt. But how is any of that going to happen when--wonder of wonders--after 3 months of rejections, Taylor finally gets another job. In Seattle. Yes, it's only part-time, but it could become full time. Which she takes and then finds herself miserable.

How this story ends is too good to give away. Enjoy it as you prepare for fall.
Read more
Helpful
Report abuse
See all reviews