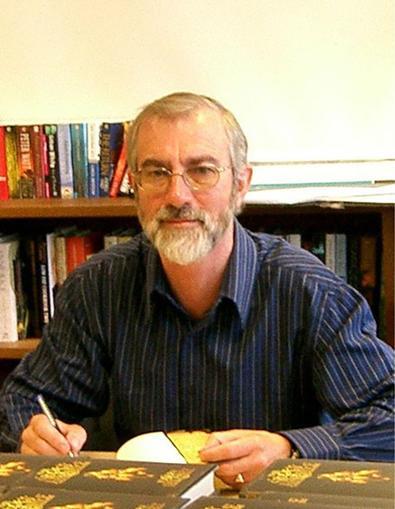 Joseph DELANEY is the author of the internationally best-selling The Last Apprentice series, which is now a major motion picture, Seventh Son. He is a former English teacher who lives in the heart of boggart territory in Lancashire, England. His village has a boggart called the Hall Knocker, which was laid to rest under the step of a house near the church.

Start reading The Last Apprentice: Wrath of the Bloodeye (Book 5) on your Kindle in under a minute.

4.7 out of 5 stars
4.7 out of 5
168 customer ratings
How does Amazon calculate star ratings?
Amazon calculates a product’s star ratings based on a machine learned model instead of a raw data average. The model takes into account factors including the age of a rating, whether the ratings are from verified purchasers, and factors that establish reviewer trustworthiness.
Top Reviews

Phillip Tomasso III
5.0 out of 5 stars Ward must choose between doing what is right, and doing what will save lives!
Reviewed in the United States on March 5, 2015
Verified Purchase
Wrath of the Bloodeye --- just might be my favorite in The Last Apprentice series to date. It is the fifth book, and intriguing and compelling. After a band of military deserters over power and attempt to sell Thomas Ward into the army as a soldier,the Spook, Old Gregory, wants to toughen up his young apprentice. Also, he is concerned about the Fiend (from book 4) being loose, and possibly still after Ward.

The decision is made that for six months, Bill Arkwright (a former apprentice and current Spook in a neighboring County), will teach Ward. They will focus on fighting and defending ones self. Arkwright has additional demons that are out of control, and though Gregory is aware of them, he still believes sending Ward is the best move. Not wanting to be away from Alice, Ward reluctantly agrees to the temporary assignment.

The newest threat is Morwena, a water witch. Where many witches cannot cross running water, a water witch thrives in it. They are very dangerous. Arkwright and Ward must battle the creature. It looks like the Fiend is closing in on Ward as well.

With dangerous bogs, and rising tides, with people kidnapped, and witches everywhere, Ward finds himself in a desperate place where he must choose between doing what is right, and doing what will save more lives. Choices are all around him. Many will only serve to anger Gregory. Most will save his life.

Great secrets of family lineage are revealed. The book ends on a terrible cliff hanger. I want to say more about how upsetting the last few chapters are, but will not spoil it for readers.

All I can tell you is I am thrilled I have Book 6 sitting right beside me!

T. Dellinger
5.0 out of 5 stars I LOVE THE CREEPY FACTOR IN THIS SERIES
Reviewed in the United States on November 10, 2012
Verified Purchase
This is the 5th installment in The Last Apprentice series. Tom Ward has been sent to study under another Spook named Bill Arkwright. John Gregory, Toms master, always send his apprentice point to train for 6 months under another Spook. That way the apprentice can learn from another point of view. It also was a way for Tom to avoid being drafted in the war. Tom definetly doesnt want to go because he likes his master and he will miss Alice.

Bill Arkwright is an abrasive Spook that likes the red wine...alot. He doesnt have the same morals for the dark as John Gregory. This is a little upsetting to Tom. The Fiend is back and will surely be coming for him so he needs to be trained in physical combat.

What will happen when the Fiend sends his children after Tom? Read this book and find out!

Ill say it again folks! I absolutely love this series! I cannot wait to finish it! But then I think Ill be a little sad because the fun will be over :( .
Read more
2 people found this helpful
Helpful
Comment Report abuse

Britani Sepanski
5.0 out of 5 stars Good book
Reviewed in the United States on April 8, 2018
Verified Purchase
I love this series and this book continues on the set with another great book this book is addictive once you are to the second chapter you can't put it down we read it in two days with our family the kids love this series we read two of These books in a week and can't wait to read this next one I can't stop thinking about it and I would highly recommend you to read it. Great book
Read more
Helpful
Comment Report abuse

Ricardo Portella
5.0 out of 5 stars Another good book
Reviewed in the United States on January 24, 2017
Verified Purchase
All books that I read so far from this series are very good. What attracts most in Apprentice books is that the world that the author created is very credible. You start to believe that witches really existed. This book deals with water witches and the devil himself. Very nice addiction to the series.
Read more
Helpful
Comment Report abuse

B. Bartlett
4.0 out of 5 stars Great addition to the series
Reviewed in the United States on September 9, 2008
Verified Purchase
Tom Ward continues on with his education under John Gregory, a "Spook", in learning to fight against the dark. In this book, Tom is sent away to train with a former apprentice of Gregory's, a nasty fellow who likes to get drunk and beat up on people including Tom.

I didn't really enjoy this part of the story. The series so far has focused on Tom, his Spook master and Alice who may or may not be an evil witch. The tale lost some of its flair when Tom went off to battle skelks, and water witches with a disreputable drunk as an instructor.

And I hated that Alice has (for now) been kicked out of the group. The only strong female character in the series and Delaney sends her packing? She was by far the most interesting one of the bunch. Actually, the books would probably be better if they focused more on Alice. At least she's in touch with her feelings. The boys are all repressing something and using violence to solve every problem.

But still, a good read. Not as good as "The Soul Stealer" but highly enjoyable.
Read more
Helpful
Comment Report abuse

Arthur E Wrenn
5.0 out of 5 stars Another good book
Reviewed in the United States on July 25, 2018
Verified Purchase
This is another good book in the series. There is a lot of adventure and drama. Really builds excitement and drama with witches and demons.
Read more
Helpful
Comment Report abuse

Linda and Joey
3.0 out of 5 stars Three Stars
Reviewed in Canada on April 20, 2015
Verified Purchase
Getting too repetitive.
Read more
Helpful
Sending feedback...
Thank you for your feedback.
Sorry, we failed to record your vote. Please try again
Report abuse